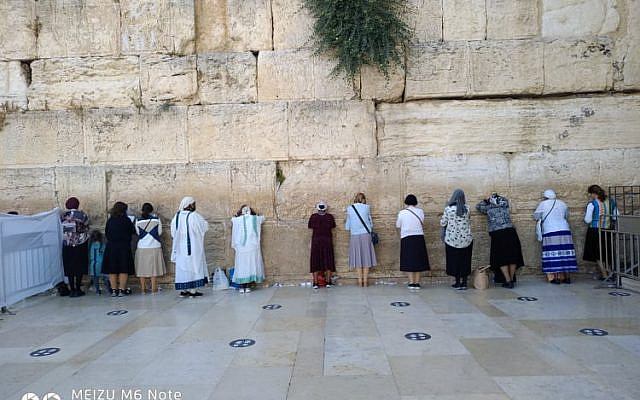 Within the span of less than a week, we will read the word “eicha”, “how”, from three different books of TaNaCh. This Shabbat it will be read in both Parshat Dvarim and in the Haftara from Yishayahu and on Tisha B’Av night it will be read in Megillat Eicha, Lamentations.

In the Midrash, Eicha Raba 1:1, we learn that there were three prophets who prophesied using the word “eicha”: Moshe, Yishayahu and Yirmiyahu.

Moshe said (Dvarim 1:12) “How can I myself alone bear your care, your burden and your strife?”

Yishayahu said (Yishayahu 1:21) “How the faithful city has become a harlot! She had been full of justice, righteousness lodged in her, but now murderers!”

Yirmiyahu said (Eicha 1:1) “How does the city sit in solitude. The city that was full of people has become like a widow. The greatest among nations, the princess among provinces, has become a vassal.”

Rabbi Levi taught an allegory: An important woman, the daughter of kings who had three friends. The first friend saw her at the beginning, when she was calm, things were going well for her and she was happy. The second friend saw her at her next stage, when she was rash, mischievous and wild. The third friend knew her after, in her defilement, failure, embarrassment and punishment.

This can be compared to Israel and the prophets:

Moshe saw B’nai Yisrael at the beginning, in their glory and tranquility. He asked how he can bear the yoke alone of leading this large and honored nation.

Yishayahu saw them afterwards in their rash behavior and sin while enjoying happiness in their land. He asked how it is possible that a city that was so loyal and straight would turn out to be full of wild and sinful behavior.  How did their behavior turn upside down?

Yirmiyahu saw them at the last stage, at the time of their punishment, destruction and exile. He asked how this happened. He is astonished and surprised. He calls out in surprise, laments and rebukes to increase the pain of the destruction that happened to them. He questions why these bad things had to happen.

This Shabbat, we read the verse from Dvarim 1:12 “How can I myself alone bear your care, your burden and your strife?” to the sad tune of Megillat Eicha to remind us that the troubles already began in the days of Moshe. According to Sfat Emet, they didn’t follow Moshe’s leadership and the result ended being what we read in the Haftara that “the faithful city has become a harlot!”

Now is our chance to pick up the pieces. We are back in Jerusalem. We need to find the good leaders with good values like Moshe and follow their lead. We need to bring back justice and righteousness to the State of Israel. When we see wrongdoing we need to call out in pain. On Tisha B’Av, while sitting in isolation, we can reflect on how these three stages affect us today and what we need to do to make life in Israel better for everyone.