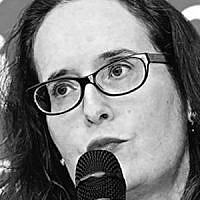 The Blogs
Elizabeth Harris-Sawczenko
Apply for a Blog
Please note that the posts on The Blogs are contributed by third parties. The opinions, facts and any media content in them are presented solely by the authors, and neither The Times of Israel nor its partners assume any responsibility for them. Please contact us in case of abuse. In case of abuse,
Report this post. 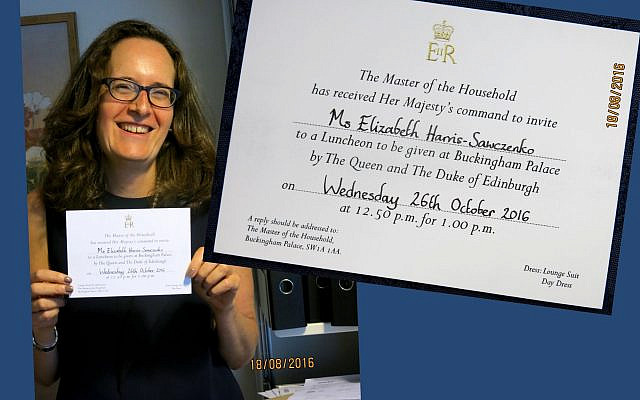 Elizabeth Harris-Sawczenko with her invitation

It was June 2016, when I received a call in the CCJ office. The man at the other end of the phone said: ‘Hello Elizabeth, I’m the Equerry to her Majesty Queen Elizabeth II and she has asked me to invite you to lunch at Buckingham Palace on 26th October 2016’. I started laughing and he politely added: ‘That’s usually the response I receive but this IS an invitation from Buckingham Palace..’

My first thought was ‘oh no ! I think that falls during the Hagim, please please god don’t make it on Yom Kippur…’ and as we talked I checked my calendar and realised that it fell on one of the very few days during the month when it wasn’t a Hag!

I was one of seven individuals invited from different roles in public life for an informal luncheon. There was no official dress code, although I did google ‘what do you wear for lunch with the Queen’ many times.

As we sat in the waiting room, the invitees tried to guess who would be seated next to the Duke and the Queen.

To my great amazement, I found myself placed next to the Duke of Edinburgh.

For the first half an hour he chatted with his other neighbour. And then suddenly he turned to me. His first words were: ‘I think you have my butter knife’.

But he simply laughed kindly and said ‘will you loan me yours?’.

After that we chatted at length, about my work, about how I met my husband and crucially about Israel.

I thanked him for the courage of his mother Princess Alice, who hid and saved Jewish people in her own home during WW2.

I told him that a tree had been planted in her name at Yad Vashem, to which he retorted ‘I planted the damn tree, of course I know!’

He also told me about the first car he ever owned and a little about his childhood. He was a great raconteur and extremely  warm and entertaining.

My heart goes out to her Majesty the Queen and all the Royal family at this time of immense sorrow. 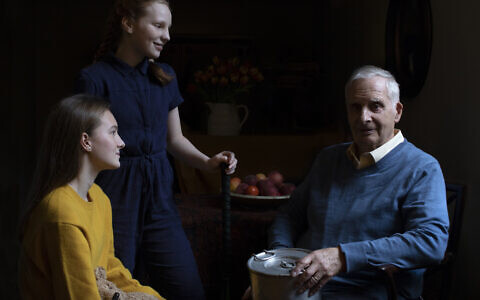 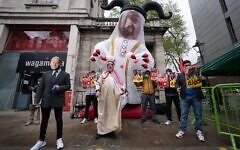 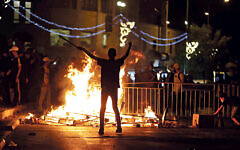