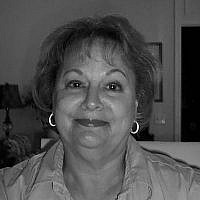 The Blogs
Judith Tepe
Communications Coordinator, Hadassah Elgin
Apply for a Blog
Advertisement
Please note that the posts on The Blogs are contributed by third parties. The opinions, facts and any media content in them are presented solely by the authors, and neither The Times of Israel nor its partners assume any responsibility for them. Please contact us in case of abuse. In case of abuse,
Report this post. 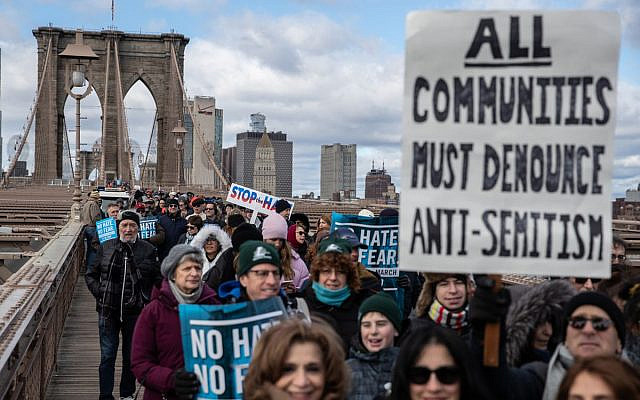 Two individuals were arrested Saturday, November 18th, at New York City’s Penn Station in connection with threats to the Jewish community. Searches of the pair, their belongings and residences resulted in police confiscating a Glock semiautomatic handgun, a large hunting knife and a swastika armband.

It’s difficult to conceive those two young men, both in their early 20’s, could harbor such hate in their hearts. But here we are. 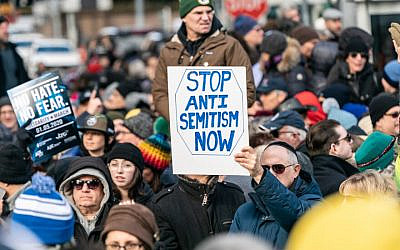 Ron Grossman, historian and Chicago Tribune reporter, posed the question in a November 14th Op-Ed piece “With Antisemitism on the rise, will I know if it’s time to go?”

Grossman writes of his great-grandmother, who was forced into making a “Sophie’s Choice”- impossible decision within her own family. That is, which son to send out of the country first. She managed to save all four of her sons but lost her life at Treblinka in Poland. Grossman asks his readers to contemplate the question, are we headed for a rerun?

It is a well-established fact that when the economy is in less than stellar shape Jews are the first to be blamed. The antisemitic rhetoric being spread on social media by basketball’s Kyrie Irving and the rapper, Kayne West, simply adds fuel to an already rapidly burning fire.

In 2017, after a neo-Nazi march in Charlottesville, Virginia where chants of “Jews will not replace us” were clearly heard, the former president declared that there were good people on both sides. Really?

At the time, we were lulled into a passive resistance because two of the former president’s family members were Jewish.

Grossman’s conundrum is this, what if something happens to either one of these folks, say a divorce? Would we be putting our children on an airplane to seek asylum in another country?

Santayana implored us to heed his warning, “Those who cannot remember the past are condemned to repeat it.”

Now is the time to think soberly and honestly about what we want our Jewish future to look like. It’s too dangerous to wait for the sequel.

About the Author
Judi Tepe is Communications Coordinator for the Hadassah Elgin (IL) Chapter. Judi and her husband Vern are members of Congregation Knesset Israel in Elgin where Judi serves on the board. She is also Communications Coordinator for the Elgin chapter of AAUW. She and Vern are the proud parents of two children and five grandchildren.
Related Topics
Related Posts
Judith Tepe