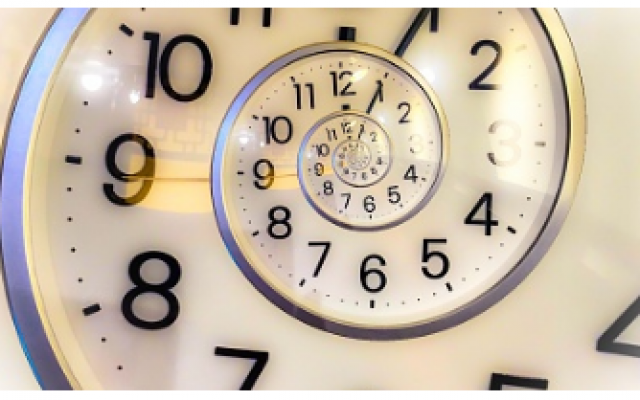 THE TIMELESSNESS OF GOD. A preview of my new book – The Physics of the Mystics –  A New/Ancient definition of Time & Gravity & Quantum Mechanics. Chapter 14 Light.

“Many say, “Who will show us goodness?” Raise up over us the light of Your countenance, O Lord.” Psalms 4:7

“In regards to the “Oir Ein Sof” – the light with no end, there are two explanations (to this description) 1, the light “emanating from” the infinite, eternal one and 2, the light itself is, eternal infinite with no end.

In this discourse, our intent is that the light itself has no end (qualities of God Himself) (as opposed to just meaning, FROM the infinite one). The reason for this is because truthfully, the expression Ain Sof – no end (can only refer to) the light itself and even more so to the concept of “The Name,” because in many ways “The Name” and, Oir-Light they are one. ( Likutei Torah explains THE NAME – IS the light and radiance ( metaphorically) that is drawn from the root luminary (the essence of God), and before the world was created, Gods essence AND His name, the light, were included and absorbed in the source of the light).

… the reason that the light itself is without end (endless, qualities of infinity) is because the light is an aspect of its source (Gods essence, and since the source luminary from which the light radiates, God, is truly infinite in every way, the light (an actual radiation of the source) it also manifests and expresses those same characteristics.)  (Chassidic Discourse Yud Shevat 1962)
~~~~~~~~~~~~~~~~~~
Einstein discovered that if the speed of light is an absolute constant, then time, space, and matter are relative. Not only is the speed of light absolute, but it also calibrates everything of importance in the universe, including time!

We usually think of time as an absolute. Due to our experience with the constant ticking of a clock, we are under the impression that time moves at the same rate for everyone, and that time is governed by some external universal clock that is the same for everyone. How can time be relative?

To understand this concept, allow me to use a simple thought experiment involving a laser beam that is reflected from a mirror on a train. A light beam leaves the laser, travels to the mirror, is reflected, and then travels back to the laser. The light beam moves straight up and down in a vertical line to an observer sitting on the train.

From the reference frame of a person standing on the ground watching the train go by, the light beam appears to trace out a zig-zag path reflected from the top mirror.

Now, if the person sitting on the train wants to measure the speed of light, they will measure the distance that the light travels along the vertical line between the laser and the top mirror and from the mirror back to the laser. Then, they will divide that total distance by the time it takes for the light beam to bounce back and forth. This is because speed is calculated as the distance something travels in a given amount of time.

However, if the person standing on the ground attempts to measure the speed of light, they will measure the distance that the light travels along the zig-zag path and divide that by the time it takes for the light beam to travel up and then back down to the laser. The distance that the zig-zag pattern traces out is longer than the vertical, and so the person on the ground calculates the speed of light to be greater than the speed that someone on the train would measure.

A greater distance divided by the same amount of time will result in a greater speed, since: Speed=Distance/Time

If the train moves faster, the zig-zag stretches out further, and the total distance traveled by the light beam according to a stationary observer on the ground, increases. This translates to the clock moving even slower on the train compared to a clock on the ground.

Thinking about this a bit more, we can conclude that the person on a train traveling at the speed of light experiences timelessness! Essentially, all points in time are collapsed to one point in time. Time isn’t moving a single millisecond for the person on the train, while the world outside of the train is moving through time!

As someone moves faster, their clock slows down. The person in motion does not realize this slowdown of time because the clock in their head also slows down! To the person who is moving on the train, nothing has changed. It seems as if it is business as usual. The clock of the moving person only appears to be moving slower when observed by someone who is not moving along with the clock! This means that time is not an absolute quantity. Time is entirely relative.

However, these miniscule differences in time are significant and necessary for GPS satellites. The GPS in your phone functions based on this math because the clocks on GPS satellites run at a different rate than the clocks here on earth. This time difference is extremely small, as the clock on the GPS satellite runs slower by a rate of 7 microseconds (7 millionths of a second) every day due to Special Relativity. This is due to the speed of the satellite as it orbits the earth, which is 14,000 km/hr. This small time difference will result in a large miscalculation of distances here on earth if it is not accounted for.

In contrast, at speeds that are a significant fraction of the speed of light, these differences are more pronounced. For example, the clock in a spaceship moving at 50% the speed of light runs at 86.6% the rate of a clock on earth (i.e., the clock runs 13.4% slower). If this spaceship were to travel at this speed for 86.6 years and then return to earth, 100 years would have passed on earth. This space traveler would think they traveled ~14 years into the future. This appearance of traveling into the future by the space traveler is due to the fact that they experienced 86 years according to their clock, while everyone else on earth experienced 100 years. As another example, if this spaceship traveled at 99% the speed of light for the same 86.6 years, 613.89 years would have passed on the earth. This space traveler would feel like they traveled ~527 years into the future.

Again, this sounds impossible, but this relativity of time, based on the absolute speed of light, has been proven to many decimal points in countless experiments.

If someone were able to travel at the speed of light, their clock would move infinitely slow. In other words, their clock would be completely stopped while clocks on the earth were moving at their normal rate. This space traveler could travel an infinite number of years into the future and feel like no time passed! Effectively, if someone could reach the speed of light, they would simultaneously experience all points in time.

This property of light helps us appreciate God as “timeless”.

God is not confined or constrained by time. God is not linearly progressing through time. God lives outside of time, and time is a created thing, just like space, matter, and energy. God experiences all points in time (past, present, and future) simultaneously, just like light. God knows the end from the beginning.

God is Timeless. God is Eternal.

For a thousand years are in Your eyes like yesterday,
which passed, and a watch in the night. Psalms 90:4