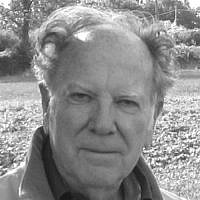 The Blogs
George Rooker
Apply for a Blog
Please note that the posts on The Blogs are contributed by third parties. The opinions, facts and any media content in them are presented solely by the authors, and neither The Times of Israel nor its partners assume any responsibility for them. Please contact us in case of abuse. In case of abuse,
Report this post.

The Jewish connection with the Tower of London was in the news last week, after research by Historic Royal Palaces, but what we have heard does not reflect the true position of the presence of Jews in medieval England at the time. It misses the all-important context.

On the second floor of the Jewish Museum in London is a permanent exhibition entitled ‘The Jews in Britain.’

It is in the form of a timeline tableaux and starts by blandly stating that the Jews arrived in Britain in 1066 with William the Conqueror. Yet the nature of their arrival – and what they arrived into – is crucial.

We know that the Normans were a brutal military invasion force and estimates of the size of the well-organised army ranges from 8,000 to 12,000.

It consisted of a mix of cavalry, infantry, and archers or crossbowmen and as a result of William’s swift victory over King Harold II at the Battle of Hastings in October 1066, the entire population of England became vassals to their new French-speaking masters.

The Norman Conquest brought war, enslavement, exploitation and fear to the vast majority of the people. In a harsh campaign lasting into 1070, William systematically devastated the north of England to deprive the occupying Danes of their supplies and prevent recovery of English resistance. Churches and monasteries were burnt and, due to the scorched earth policy, agricultural land was laid to waste, creating a famine for the unarmed and mostly peasant population which lasted at least nine years. This became known as the ‘Harrying of the North’ and land was even salted by the Normans (just as the Romans had done with Carthage) so as to destroy its fertility for decades forward and ensure the annihilation of any survivors. The death toll is believed to have been 150,000, with substantial social, cultural, and economic damage. William built strong castles and established garrisons in order to strengthen the feudal system and maintain domination over the populace.

It should not be underestimated how calamitous the invasion by the Normans was for the settled and long-established Christian community of Saxon England; they had conquered one of the most civilised societies in Europe. The historian Professor John Gillingham described William as having “pushed through a more brutal transformation of English society than any ruler before or since. … Within a few years of 1066, the English had become an oppressed majority in their own country”. The lands of the resisting English elite were confiscated and many of them fled into exile.

We know that Jews arrived at the invitation, if not the command, of William, to introduce an established network of credit and trading links between his new English lands and his French ones. Jews were under the direct jurisdiction and protection of the Crown, a status which allowed them, for example, freedom of the king’s highways, exemption from tolls, an ability to hold land directly from the king, and physical protection in any of the vast network of royal castles built to assert Norman authority over the kingdom.

Historian Cecil Roth wrote extensively on the prosperity of the Jewish community in medieval England and noted that until the close of the twelfth century Jews seem to have lived on excellent terms with their neighbours. Cases of intermarriage were not altogether unknown. Crimes of violence against Jews were punished like any others. The Tower of London, a symbol of oppression, inflicted upon London by the new ruling elite, was used as a retreat by Jews when threatened by anti-Jewish violence. While completely subject to the Crown in external matters, the Jewish communities of the kingdom enjoyed amongst themselves a considerable degree of autonomy.

So when we read about the Jewish experience of the time, we must remember the iniquity of the dispossessed Anglo-Saxons being reduced to serfs, whilst the newly arrived Jewish settlers were seen to be enjoying new prosperity. To many, Jews had placed themselves in service of a despotic regime.