On Saturday, September 3, the last Soviet leader, Mikhail Sergeyevich Gorbachev, was buried in Moscow. We mourn the death of a great leader, which sadly coincides with the death of the Russian democracy he worked so hard to build. Gorbachev was buried together with his legacy.

I met with Mikhail Gorbachev in 1990 at a dinner in the Kremlin. At that time, I was the US co-chair of the Subcommittee on Information Exchange for the US-USSR Trade and Economic Council. I was invited to the dinner along with other members of the council during our annual meeting held in Moscow. Gorbachev was engaging and very friendly. When we shook hands, he looked puzzled at the kippah I was wearing. His secretary later apologized and explained that Gorbachev had never seen a Jewish man wearing a kippah. We exchanged a few words. I told him, “Mikhail Sergeyevich, you turned the wheel of history!” He smiled and thanked me, very pleased with my remark. 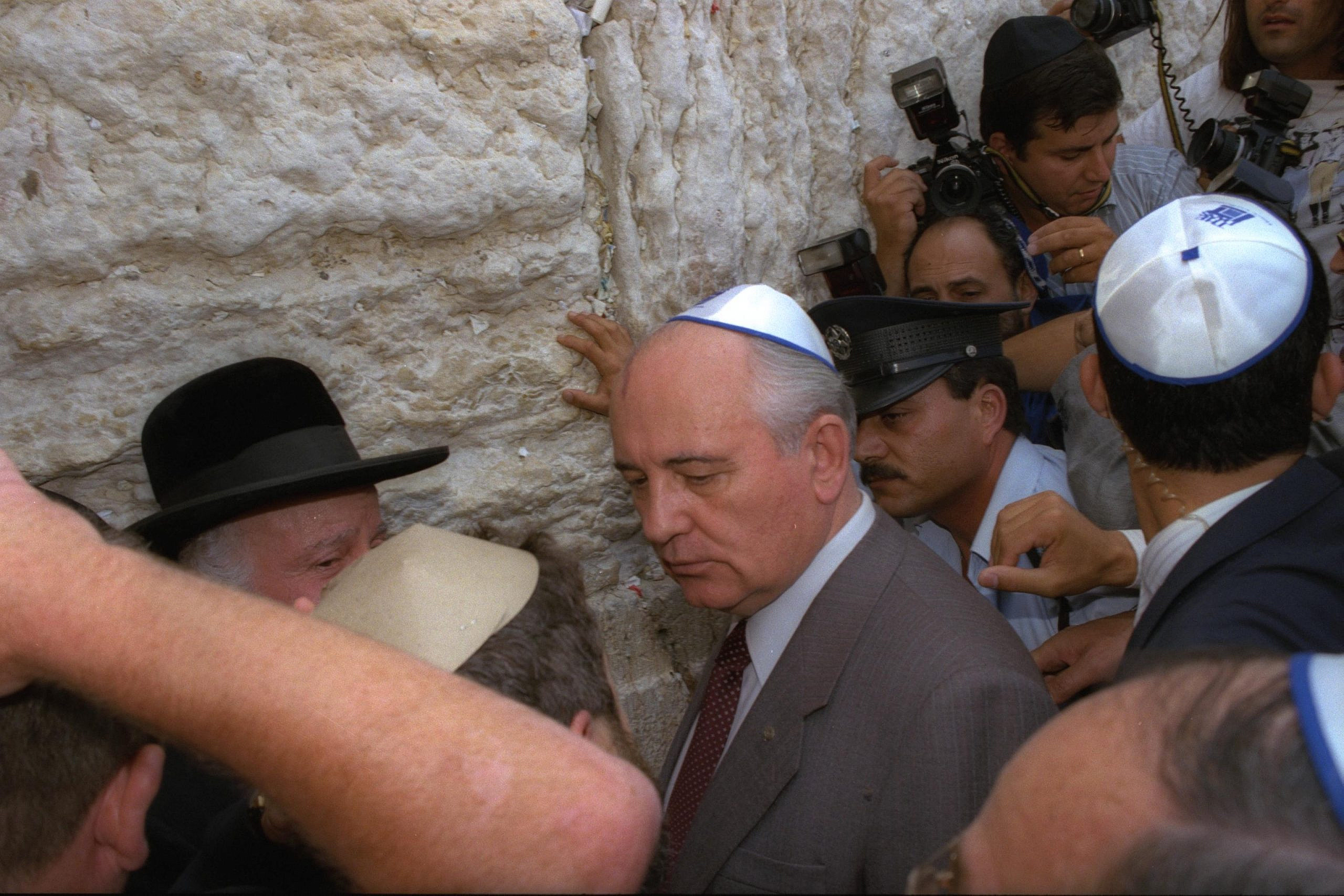 Indeed, Gorbachev turned the wheel of history. Just eight years earlier, in 1982, my family and I escaped the Soviet Union, where we had been persecuted as political dissidents. But by 1990, I could not recognize my old country. The Cold War was over, and freedom was in the air. As the last Soviet leader, Gorbachev introduced several reforms known as glasnost (“transparency”) and perestroika (“reform”). Ronald Reagan and Gorbachev signed a historic nuclear reduction treaty in 1987, making the world a safer place. At the summit with George H. W. Bush at the end of 1989, Gorbachev said, “The arms race, mistrust, psychological, and ideological struggle, all those should be things of the past,” signaling a seismic shift in East-West relations.

One reform was particularly meaningful for our family. Gorbachev finally allowed Jews to emigrate from the USSR and go to Israel. This happened long after we had escaped from the Soviet Union with great difficulty. But we will be forever grateful to Mr. Gorbachev for allowing thousands of Jews to leave the country.

History saw the collapse of many great empires, but never without bloodshed. Leaving the Soviet Union, we never thought we would see its collapse, let alone a peaceful one. Perhaps this was the greatest accomplishment of Gorbachev — allowing the reunification of Germany and the dismantling of the Eastern Bloc — and later the Soviet Union — without bloodshed. Gorbachev was a man of principle. He believed in socialism but, above all, he believed that bloodshed was to be avoided at all costs. And that cost Gorbachev his political career. Once a very popular leader beloved by his people, he went down in infamy, derided for allowing the Soviet Union to collapse. After the USSR was no more, Gorbachev ran for the president of Russia, coming nearly in last place, with very few votes in his favor. Journalists asked him in jest, “So, Mr. Gorbachev, you lost?” But Gorbachev answered with a smile, “To the contrary, I won.” This great and humble man saw a victory in defeat, because this was the first free and fair election when more than one candidate was allowed to run for office. This was the victory of democracy, for which Russians never thanked Gorbachev — a thoughtful and honest man who tried to do the best for his country.

Vladimir Putin has spent the last 20 years dismantling the legacy of Mr. Gorbachev. The death of democracy in Russia was long in coming. As the world said goodbye to Gorbachev, we said goodbye to democracy and freedom in Russia. With a renewed cold war between Russia and the West at its worse and the bloody hot war Russia is waging against Ukraine, we mourn not only the death of a great leader but also the death of our hope for a safer and better world in which Russia is a good neighbor and a partner. When history is finally written, Mikhail Gorbachev will be remembered as one of the greatest political leaders of the 20th century whose legacy died with him.