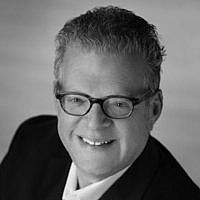 The Blogs
Charles Cooke
Apply for a Blog
Please note that the posts on The Blogs are contributed by third parties. The opinions, facts and any media content in them are presented solely by the authors, and neither The Times of Israel nor its partners assume any responsibility for them. Please contact us in case of abuse. In case of abuse,
Report this post.

Today, in North America, there is a problem with progressivism and where it’s headed.

Progressivism, whether it be the JStreets, the JSpaces, the Bernie Sanders, the Peace Nows or the Peter Beinarts all suffer from certain well-intentioned maladies.

Fundamentally progressive groups are evolving into non-or conditional-Zionist organizations. Not anti-Zionist. But not being anti–Zionist does not make one Zionist. Zionism requires courage in word and deed. It is never really popular to defend Jews and Israel. Nevertheless, one must. No one calling him or herself a Zionist should have supported last fall’s North Korean co-sponsored anti-Israel U.N. resolution.

In effect, by taking a position in supporting the Resolution progressives place the burden to resolve this conflict solely on Israel ignoring factors such as the security nightmare Israel faces, the countless Israeli peace offers made and the constant rejection by the Palestinians and their rejection of Jewish sovereignty, within any borders, which is the heart of the conflict.

By having Peter Beinart as the opening and closing speaker of the JSpace Canada bi-annual conference last November, JSpace permitted his presence to set the tone, temperament and key messaging.   Beinart’s “hectoring and lecturing” Israel about the “bad, bad occupation” without referencing how it came to be in the first place and how it is not the cause but the result of the conflict is just another example of the same progressive tendency: to assign exclusive responsibility to Israel to “make good” and obviate history.

And recently, former U.S. Democratic Presidential candidate, the self-styled progressive, Bernie Sanders, did not attend the AIPAC conference in order to placate his progressive base and his anti-Zionist surrogates-the Omars and Tlaibs.

I am reminded of the words best enunciated by Yossi Klein Halevi that captures the progressive ideology, “ Bernie is that kind of Jew who has taken his people’s suffering and offered it entirely outward, in the service of other causes.”

The almost instinctual first response by most progressives including Sanders to the Israel/Palestinian conflict is to blame Israel.

This reveals a problem with progressive attitudes.

Most troubling is the progressive’s failure to ascribe any moral agency and responsibility on the Palestinians.

“In the case of the Arab war against the Jewish state, obscuring Arab intentions requires identifying Jews as the cause of the conflict. The notion of Jewish   responsibility of Arab rejectionism is almost irretrievably attractive to liberals (read progressives!), because otherwise the truth seems so bleak.”

In short, it is “blaming the firemen for the fire”.

But it goes deeper.

One can say with confidence that progressives zealously guards their self-identity as “progressives”, and are not comfortable with their Zionism and, indeed, are embarrassed by it.

Progressives keep their distance from the proud and open Zionist and the “soldier-defender Israeli”.

Progressives have internalized and only identify with the Jew as “deferential” and quiescent. Two thousand years of Jewish passivity-only to be set aside in the late 19th century as Herzl’s idea of Zionism arose and was implemented by the creation of Israel-has made its mark on them.

It seems almost a pathology.

Israel’s security, however, should be of paramount importance.

And no doubt that is in the mix of concerns of progressives, but in my view, near the bottom of the list.

They overwhelmingly prioritize their “ progressivism” as their top value.

What else of the progressive?

It is their tendency to see the world through the binary lens of the victim and victimizer, the right and the wrong, and to over identify with the self-selected oppressed. Life is seldom that binary and simple. But this view gives the progressive a moral claim of superiority and a patina of self-indulgent “feel-goodism”.

As a pragmatic centrist, I want to see reconciliation between Israelis and Palestinians with each having their own space.

But I am reminded of what Saul Bellow said, “…Jews cannot take ‘their’ right to live for granted. Others can; ‘Jews’ cannot.” The Jews, because they are Jews, have never been able to take the right to live as a natural right”.

About the Author
Charles is a Toronto-based lawyer. He was an active volunteer in JSpace Canada and formerly co-chair of its Program Committee.
Related Topics
Related Posts
Comments