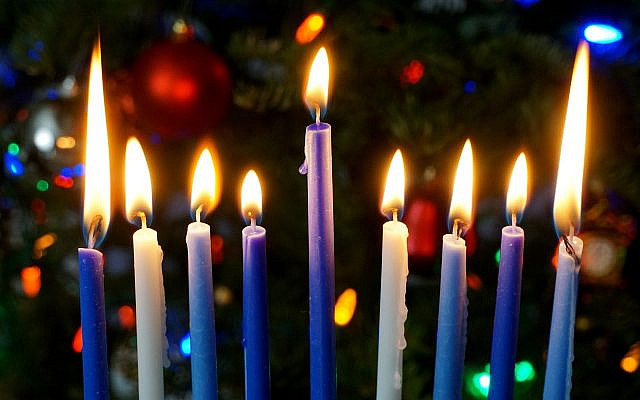 A few years back The New York Times published a disturbing opinion column by Michael David Lukas called “The Hypocrisy of Hanukkah.” There was a lot wrong with the article, but it provides us with an opportunity to explore what really happened to our ancestors two thousand years ago and what Chanukah truly celebrates.

My first critique was the depiction of the Maccabees who fought against the Greeks as “violent fundamentalists” and “religious zealots who lived in the hills of Judea and practiced an ancient form of guerrilla warfare.” Lukas must have been unaware that the Greek Seleucid Empire, governing over ancient Judea, banned Jews from practicing their religion under the penalty of death. They forced Jews to offer pigs unto the Greek gods and converted the Jewish Temple into a house of idol worship and prostitution. I’m curious what actions he would have had the Jewish community take. Back then, there were only two choices: Give up your Judaism or suffer martyrdom. The Maccabees defied all odds and created a third option: they rebelled and ultimately expelled the far superior Greek military force from ancient Israel. Defending your own faith from destruction does not make you a violent fundamentalist or a religious zealot. Our ancestors did the right thing in not allowing Judaism to be replaced by paganism. Had they acted differently Greek Hellenism and its pagan foundations would have replaced Judaism and the very cosmopolitan liberties and values Lukas holds so dear.

The second point is more contemporary and goes to the very heart of raising Jewish children in America today. Lukas writes how he needs to compete with Santa, “sparkly trees, ornaments and fruitcake” with Judaism’s “latkes, jelly doughnuts and eight nights of presents.” If Lukas could share something deeper about Judaism with his daughter he wouldn’t have to do so much selling and competing with Christmas. Judaism at its core offers timeless values and a heightened sense of living through its traditions, holidays and teachings. Take the Sabbath: When a child feels that because of the restrictions the Sabbath places on technology use, they now have their parents’ total focus and attention (at least once a week), Judaism becomes valuable in their eyes. When they encounter the pains of growing up, whether it be a struggle to fit in or spouts of bullying, they can rest assured that once each week they will have a Sabbath meal and real downtime with their family and loved ones and not get sucked into the cyber world of Instagram, Facebook and the latest iteration of Candy Crush.

In my book “Beyond the Instant,” I outline other Jewish practices with endless benefits to both parents and their children, such as:

We will never have to compete with Santa or a Christmas tree if we raise our children to yearn for something deeper, real, and relevant. If we instill Jewish values in our children, values grounded in happiness, giving, mindfulness, and depth, we just might look into our arsenal and find a lot more than latkes and jelly doughnuts.