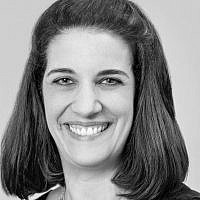 The Blogs
Laura Shaw Frank
Apply for a Blog
Please note that the posts on The Blogs are contributed by third parties. The opinions, facts and any media content in them are presented solely by the authors, and neither The Times of Israel nor its partners assume any responsibility for them. Please contact us in case of abuse. In case of abuse,
Report this post. 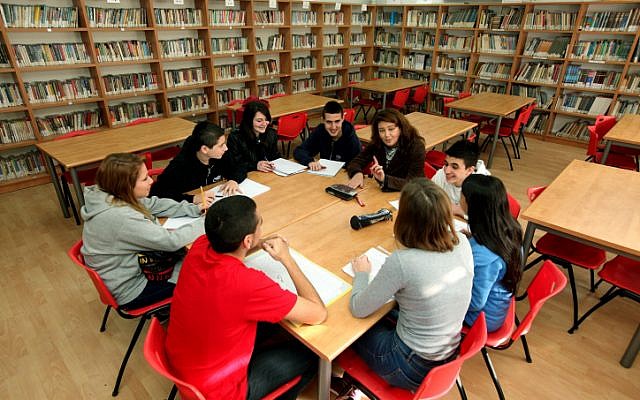 Anyone involved in Israel education in America has heard critiques like Seth Rogen’s remark that he was “fed a huge amount of lies” before. While his celebrity status thrust this criticism to the forefront of communal conversation, it is simply no longer true.

During my tenure in the field of Israel education, I have seen a sea-change in the way Israel is taught. The American Jewish community’s Israel education of the 1990s, or even of the 2010s, is not the same in 2020.

When some American Jews criticize their Israel education as “full of lies,” they likely mean that the existence of a Palestinian people was underplayed or even entirely omitted from their curriculum.

Not only are the Palestinians human beings deserving of a voice in our studies, but by ignoring their narrative we open possibly alienating our youth from Israel when they later hear a fuller story in college or beyond. But while this critique is ideologically and educationally sound, it ignores the fact that American Jewish education has already taken enormous strides in this area.

The goal of introducing greater nuance to Israel studies, including presenting the Palestinian perspective, is relatively new, 15 years old at most. However, it is spreading, due in significant part to the criticism levied by those like Rogen.

In New York and Baltimore Jewish day school schools where I taught Israel studies, our curriculum thoughtfully included multiple perspectives on the history of Israel, including Palestinian narratives, as well as those of Mizrachi Jews and other traditionally marginalized groups. At SAR High School in New York, we engaged in deliberate and rigorous study and work on the goals and content of our Israel education, resulting in the revamping of the Israeli history curriculum to align it with the way all other history courses are taught — critically, with nuance and attention to multiple perspectives.

SAR is far from alone in introducing nuanced perspectives into its Israel history courses. A SAR colleague who is part of a national consortium of Modern Orthodox day school Israel educators told me she does not know of one school in her cohort that has not done so, at least in some way. A growing number of national Israel education organizations such as Open Dor Media and the iCenter advocate and present resources for teaching nuanced Israel education.

Another critique of Israel education in America is that it focuses too much on the Israeli-Palestinian conflict and does not pay sufficient attention to the history of Zionism and Israeli state building. This also is not accurate.

Israel education at day schools, camps, and other Jewish educational institutions includes deep exploration of the history of the many forms of Zionism, thoughtful unpacking of the Israeli Proclamation of Independence, rigorous analysis of the Israeli political and legal system, and a deep dive into many elements of Israeli society, including demography, culture, politics, and yes, the conflict. These educational frameworks teach literally thousands of American Jewish students each year. None that I have seen teaches Israel solely, or even primarily, through the lens of the conflict. Additionally, national Israel education organizations such as the Center for Israel Education, the iCenter, and Open Dor Media have provided teachers with in-depth subsidized seminars and rich online Israel education resources that go far beyond the Israeli-Palestinian conflict.

Israel education in America continues to face enormous challenges. It can be difficult to find educators capable of teaching about Israel in a nuanced and thoughtful fashion. Supplementary schools, which are attended by tens of thousands of Jewish students each year, do not have the time to engage in rich Israel education. Complicating matters further, supplementary schools often do not attract many high school students, who are at the developmental stage of being able to engage in more critical and yet loving study of Israel. And pushback against a more nuanced Israel curriculum still exists in certain quadrants of the American Jewish community.

In our “post truth” world, often all that is needed to create reality is to state it as such. Perpetuating a false reality about the state of Israel education in America is no different than any other “fake news” — the more it is presented as truth, the more people will believe it to be true. This false reality comes with attendant dangers which we would do well to recognize.

First, it contributes to the divide between Israel and the Diaspora. If the perception is that the  American Jewish community is failing to properly educate its youth, and that we need Israelis to point out and save us from our failures, a paternalistic dynamic is perpetuated that is unhealthy and destructive to our future as one Jewish people. Upending this outdated construction of the Israel-Diaspora relationship is critical to a more honest and collaborative relationship between the two largest Jewish communities.

Second, it fuels the fire of alienation of young adults from Jewish communal life. Wouldn’t it be better to show young adults that the Jewish educational establishment has taken their concerns seriously and has begun the process of responding with significant changes to Israel education in our schools, camps, and youth groups?

Lastly, it belittles the work of the passionate and thoughtful Jewish educators who have worked tirelessly over the past decade or so to transform Israel education. We have a hard-enough time as it is attracting talent into the Jewish education world, and the Israel educators I know are among the most talented Jewish educators that exist in America today. Let’s not fault them for “failing” when they are succeeding.

Israel education in America is far from perfect. It is a work in progress. But, we don’t do the Jewish people any favors when we perpetuate a narrative that is simply no longer true.