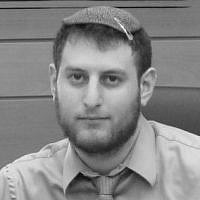 The Blogs
Jeremy Saltan
Apply for a Blog
Advertisement
Please note that the posts on The Blogs are contributed by third parties. The opinions, facts and any media content in them are presented solely by the authors, and neither The Times of Israel nor its partners assume any responsibility for them. Please contact us in case of abuse. In case of abuse,
Report this post.

It is amazing to me the number of people who tell me: “My ideology is Bayit Yehudi but I am voting for Likud, even though they don’t represent me or my views to ensure Netanyahu is Prime Minister”.

I think it is important that we get the facts out there.

On Tuesday we are going to elect our “Congress”, Israel’s legislative branch – The Knesset. We are not allowed in our democracy to elect our executive (PM) or judicial branches, just the Knesset. We will not know who our Prime Minister is for a few months because that is how our complicated system works. Last time when it was crystal clear Netanyahu would be re-elected as Prime Minister it still took two months after the elections to form a new government. Let’s discuss how this process works.

Before Phase 1 some parties announce who they plan on nominating for Phase 2. After Phase 1 the parties that are still up in the air unofficially talk to the PM candidates and go for the better deal. After Phase 2 you sign coalition agreements to ensure Phase 3.

There is this perception that this time no one will get a majority in Phase 2 and President Rivlin will get to choose who he wants. There are two problems with that.

The first is that this situation simply hasn’t happened historically because it isn’t in the interest of the medium or smaller parties to risk a national unity government where their stock will go down, it is always better to strike a deal.

Secondly, President Rivlin had already said publicly on three occasions that he will not give the mandate to form a coalition to the largest party, rather to the person who has the best shot at forming a coalition. This clearly makes it a bloc election as opposed to a head-to-head election even in Phase 2. Rivlin also stressed that he is going to do everything in his power to pressure each party to nominate a candidate for Prime Minister.

Let’s go to an extreme scenario. Even if Likud drops to 21 and Zionist Union wins 25 seats, it means nothing because Herzog’s Labor has just 19 seats and Livni has 6 seats. Netanyahu can easily point out that he still has the largest party.

Bottom line, if it is important that you know that Prime Minister Netanyahu remains PM: A vote for Bayit Yehudi in Phase 1 is still a vote for Netanyahu in Phase 2 & Phase 3.

If you vote Bayit Yehudi, arguably you will get a Netanyahu that you will like much better. 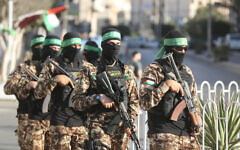