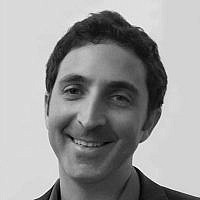 The Blogs
Michael Brodsky
Apply for a Blog
Advertisement
Please note that the posts on The Blogs are contributed by third parties. The opinions, facts and any media content in them are presented solely by the authors, and neither The Times of Israel nor its partners assume any responsibility for them. Please contact us in case of abuse. In case of abuse,
Report this post. 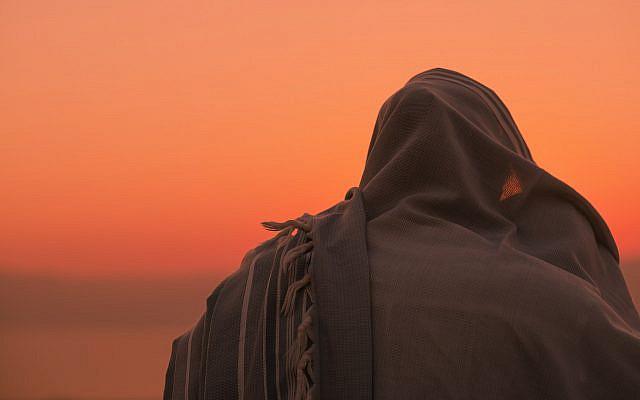 Prayer at Sunrise (Photo by Levi Meir Clancy via Unsplash)

Limiting. Stifling. Repressive. These are just some of the descriptions of Jewish practice that continue to stir public controversy. In what has been deemed an assault on Orthodox Judaism, long-silent voices persist in airing grievances over religious observance and principles deemed austere and oppressive. Some have described enduring harrowing experiences, suppression, and “fundamentalism,” as more and more convey feelings of suffocation and imprisonment by the strictures of an observant lifestyle.

In an effort to counter such characterizations, others have fought back, calling such portrayals deceptive, utter lies, and a shallow narrative misrepresenting the truth. “Judaism believes in freedom of choice” is one of many counterarguments, alongside claims one can do and be whatever one wishes under the Jewish sun, observance hardly interfering with one’s love for the “best that this physical world has to offer.”

One needn’t subscribe to a “strict” interpretation of Orthodox Jewish law and its accompanying outlook to conclude that a truly observant lifestyle is far from what one would call “free.” Such is apparent across central texts, from the biblical injunctions (where restrictions far outnumber directives) and early works through the mainstream ones that followed, and manifested exquisitely in the lives of the personalities who lived by those works.

To traverse Jewish philosophical and legal texts and see anything but an extensively restrictive system is simply inconceivable. So much so, that regarding an individual who sought to take vows upon himself to supplement the Torah’s prohibitions, the tanna Isaac is quoted as asking rhetorically, “Hath the Torah not already forbidden enough?”

In truth, those honest in their commitment to observance are constrained in virtually every realm of life. One’s diet, interactions, speech, daily routine, relationships, dress, worldview, finances, time, and very thoughts are bound by a myriad of detailed laws. One cannot just eat something after awakening. One must bless. And wash. And pray. And bless again, all before taking a bite, which often requires further ritual washing and blessings both before and after consumption, with everything from the meal’s ingredients and preparation to the utensils used for partaking bound by a set of strict parameters.

Orthodoxy’s proscriptive legal system dictates every part of one’s life because it is considered life itself. It is one’s raison d’être, observance being a full-time profession far from a mere pastime confined to the kitchen and synagogue, as every waking action and every word spoken — from one’s rising to retiring — is carefully calculated. But such is expected to those familiar with the basic tenets of legal Judaism, where adherents are described as slaves (or “servants” if one prefers the term) charged with replacing their own will with that of God’s, and whose “freedom” is achieved through the Law alone.

As for the right to opt out, no such notion exists. The Bible itself enumerates a host of severe penalties that await one who transgresses its laws, and tradition has it the nation was threatened with a mountain held above it when offered two “options” — follow God’s directives or be crushed by the mountain. Thus, as the psalmist posits, only the dead are truly free from observance, though even they cannot seek refuge in the grave, for they are destined to give an account of their lives.

In some early texts, divine commands, rather than sources of pleasure, are described as punishments over which the people had, at times, wept when introduced and celebrated when abolished. Moses, the deliverer of the commandments, is even reported in the Midrash Tanhuma to have sought forgiveness for all the pain he brought upon the Israelites through the laws.

Yet, it is this very painful struggle that the Torah demands of its practitioners. The Midrash further encapsulates what the sources convey when it criticizes those who desire wealth and pleasure as it declares the Torah’s depths “rife with pain” and instructs as follows:

This is the way of the Torah: bread in salt ye shall eat, water in measure ye shall drink, sleep on the floor, and live a life of pain as you toil in Torah.

The seminal work of ethics, The Ways of the Righteous, expands on the matter, stating: “One shall show no pity to his body to indulge it; rather he shall be cruel unto himself to subjugate his desires in order to live a life of pain and toil in Torah and its commandments, though it be intensely difficult.”

The authoritative Code of Jewish Law, basing itself on earlier teachings, rules as follows:

The Torah’s words do not persist with one who is lax with them, nor with those who study from comfort and satiety, but only with one who “kills” himself over them and who tortures his body constantly and deprives it of sleep.

One should not think that he can toil in Torah and acquire wealth and honor along with it …. rather one should remove any thoughts of worldly pleasures from his mind and work the minimum to provide his bare necessities (provided he has no food), and the rest of his day and night should be dedicated solely to Torah.

These are not raw, unprocessed musings nor obscure works of theory, but the mainstream guides that dictate the path of the Orthodox Jew.

And this way of life is not limited to oneself alone, as explained in the Talmud: Only one “cruel as a raven” toward his children and household by dedicating himself to Torah merits scholarship. In the very same passage, the scholar Adda is celebrated for achieving such “cruelty” after callously retorting, “Are there no more vegetables in the marsh?” in response to his wife’s concerns over their children’s hunger. And the legendary Akiba was hardly alone when he abandoned family life to dedicate himself to Torah, with many, including sages, following.

Not only do the sources laud the hardships associated with submission to the law (the yoke of heavenly authority) but worldly amusements are mocked repeatedly, with corporeal pleasure often associated with what is described as an “evil” inclination. Even Maimonides, who warned against excessive abstinence, maintained that the requirement to circumcise is intended to permanently blunt man’s gratification. Simeon the Just, the high priest, heaped praise upon a handsome man who vowed to destroy his flowing locks of hair for the sake of heaven, while Judah the Prince, credited with redacting the Mishna, is said to have boasted before dying that he received no pleasure in his life, not even from his pinky!

The way of the scholar… is to profess: “I desire nothing in this world.” (Derekh Eretz 1)

Pleasure is so trivialized because life is viewed as a vestibule for preparation in anticipation of an eternal afterlife, with any current infringement on joy being quite temporary. Thus, we read of sages who would torment themselves for atonement or who feared savoring a refreshment lest it be deducted from any hard-earned merits.

In this light, the restrictions the Torah places on man are consistent with his constant requirement to be involved in its study and practice — an endeavor likened to “hell” on earth (Yoma 72), with Rashi asserting that due to observance, one has no genuine pleasure in life. Passages encouraging restrictions and limitations — often beyond what is demanded — eclipse those more indulgent ones, with a Talmudic teaching declaring that holiness emanates from refraining from even that which the Torah permits.

And what of joy? Is the subscriber to such a life and all its restrictions a wretched figure? For the sincere believer, not quite. In fact, it is the very struggles of life, the conquering of one’s self and taming of one’s instincts that has granted man a feeling of unparalleled satisfaction.

What joy hath a man in this world? That of the Torah alone. (Eliyahu Rabbah 18)

Outside of isolated events, religious joy, of an inner nature, is so often obtained through suffering, with material pleasure — elevated through control — viewed as a mere aid and cover for its depth. Nachman of Breslov, famed for declaring it a constant duty to be happy, embodied this when he frequently immersed in icy waters and even trained himself to refrain from scratching an itch.

Religious life’s aim is not to offer joy and pleasure in the material sense of the term, but rather meaning, for the Sages had already tragically concluded it would have been better for man to never have been born. Accordingly, fulfillment and contentment in religious life are not synonymous with earthly bliss, but the very opposite.

When the righteous dwell in comfort and continue to pursue it in this world, Satan strikes. (Bereshit Rabbah 84)

What is described as the happiest day of the year is that on which the Bible demands one “afflict” their soul; and while The Path of the Just contends that man is neither tranquil nor genuinely happy in the ceaseless battle against temptation known as life, the knowledge that one’s trials and ordeals will eventually be rewarded serves as a source of immense comfort.

Limiting? Stifling? Repressive? Of course. And that’s the point. Over generations, many saw their struggles amid a restrictive and modest lifestyle as an effective means of reaching spiritual heights. The idea was not to act as one wished, but rather to be humbled before God and powerless to decide otherwise; where even an act that coincided with one’s own will was to be attributed to the Law alone.

To counter those who depict Judaism as restrictive by pretending it is not, essentially rejecting whole swaths of tradition and denying the historical nature of Orthodox life, is simply dishonest. A Judaism that promotes individual freedom, pleasure and a virtually uninhibited lifestyle of one’s choice serves little to no function, for one can be free to do as they please without it. Moreover, those who praise the ideal of pure dedication to an observant lifestyle in theory while objecting to its practice through their every priority in life will be hard-pressed to reconcile their choices with their heritage.

Only they who are familiar with the daily sacrifices for Jewish ideals and whose lives are not rooted in the same pursuit of wealth, status, and pleasure as others, can truly appreciate the age-old approach to life that prioritized the spiritual and is but a manifestation of the conclusion of Ecclesiastes who, after having failed to enjoy the material world despite an exhaustive pursuit of it, declared: “In the end, after all has been heard, fear God and keep His commandments, for that is man’s whole purpose.” Purpose. That is all that was ever offered; the rest is mere commentary. Take it or leave it.

About the Author
A writer and editor, Michael has spent years teaching and lecturing on various subjects. In addition to receiving ordination, he holds a bachelor’s degree in education and a master’s in strategic studies.
Related Topics
Related Posts
Comments