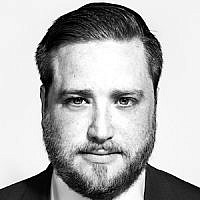 The Blogs
Jake Adler
Apply for a Blog
Please note that the posts on The Blogs are contributed by third parties. The opinions, facts and any media content in them are presented solely by the authors, and neither The Times of Israel nor its partners assume any responsibility for them. Please contact us in case of abuse. In case of abuse,
Report this post. 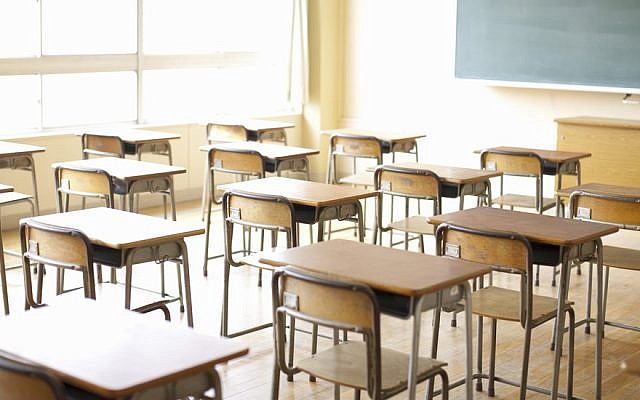 Every few months in these pages and on other platforms someone endeavors to write a piece about the tuition crisis. Each piece is usually followed up by a flurry of responses, each author giving their new approach to a seemingly endless issue.

I’ve seen public schools with private tutors, charter schools, secular private schools, communal taxes, blended learning, aliyah and nearly everything in between proposed as the solution. The truth is, I have tremendous respect for anyone that takes the initiative and tries to help fix the problem.

Sadly, what is too often the focus in these articles is what we haven’t done, what we need, what we wish was possible. So often we become dogmatic about the strategy to fix this problem. We believe that only one strategy could work. What we almost never focus on is what has proven to be the biggest single donor to our schools. The state funding that comes to our yeshivas year in and year out, and has reached record levels over the last 2 years in New York. What is lost in most of our focus is how we got to where we are today, and how we can continue growing this critical funding.

What almost everyone seems to miss in the tuition discussion is how far we have come. Are tuition costs still crushing some families? Certainly. Do we still have a lot of work to do? Most definitely. Have we made progress, moving leaps and bounds beyond what we could have predicted 10 years ago? Yes!

I’ve told the story in other forums, but in 2009, in a previous job, I sat down with a very well-respected principal from a popular Brooklyn school. I was brand new and trying to help him with a small problem he was having. During our conversation, he began lamenting how expensive it is to run the school, from fundraising for operating costs to covering scholarships and whatever else. Then he said words that I can hear to this day: “Jake, wouldn’t it be something if we could have what they have in other countries, where the government pays for the secular education in yeshivas!”

Fast forward to today, and in New York we now have a program that has opened the door for this concept to become reality. This past year in Albany, we passed a bill that authorizes the state to begin to reimburse schools for the costs of qualified STEM teachers in nonpublic schools. That’s on top of achieving record-setting increases in school security funding, and even more increases to the bread-and-butter programs that our schools rely on. The new STEM program is still small but it represents a paradigm shift in nonpublic school funding. For the first time the state will invest directly in the education of our children.

If there is one take away from this article here it is:

There are hundreds of millions of dollars in government funding being allocated every year for your child’s yeshiva and day school, there are dozens of advocates and dedicated lay leaders working on this issue and they need your help.

Right now, more than $150 million in direct state aid is delivered to our yeshivas and Jewish Day Schools. If you look at similar schools in neighboring states, the tuition is higher than our schools in New York on a level that is commensurate with the amount of direct aid that our schools are receiving here! How did we get here? Through dedicated, meticulous and patient effort.

The fact is, we aren’t getting vouchers. They are politically toxic. The other fact is that our schools are receiving hundreds of millions of dollars in aid which you aren’t paying for in tuition.

There is no panacea. There will be no quick fix. There is no shortcut, no hack to resolve this issue. But there are dozens of committed people in your neighborhood and all across the country who are working on this issue. They do it in their off time, they sacrifice sleep and they support this effort — and it’s working.

So if you care about the future of the Jewish people, if you want tuition to go down, if you want education to be rewarding, join us. There is still lots of work to do.

About the Author
Jake Adler is the Director of Government Affairs at Teach NYS, a project of the Orthodox Union. Jake has played a pivotal role in security more than $400 million in state government funding for Jewish day schools and yeshivot. In 2016 he was named to City & State’s Albany Rising Stars: 40 Under Forty list .
Related Topics
Related Posts
Comments
Advertisement