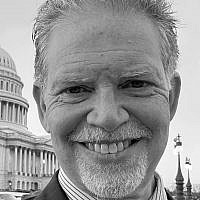 As Democrats celebrate holding onto the Senate and Republicans applaud their flipping control of the House, the pro-Israel community can cheer that the true winner of the 2022 election was the U.S.-Israel relationship. Americans cast their votes from all corners of the nation, and the result was a massive outpouring of support for commonsense policymakers who uphold the U.S-Israel relationship. With each win, the pro-Israel community demonstrated the positive impact of its political advocacy to ensure a bipartisan pro-Israel majority in the 118th Congress.

At a time of great political uncertainty and rising antisemitism, the need for representatives willing to protect our shared values cannot be emphasized enough. The U.S.-Israel relationship leads to a safer, more secure, and more prosperous world, and politicians like Rep. Kathy Manning (D-NC), Rep. David Valadao (R-CA), Rep.-Elect Glenn Ivey (D-MD), and Rep. Young Kim (R-CA) – just to name a few – understand this to be true.

Rep. Kathy Manning (D-NC) embodies our shared values in the halls of Congress. As Ted Deutch stepped back from Congress to serve as head of the American Jewish Committee, Manning rose to lead the House antisemitism task force. Manning has cemented her role as a leader in the Jewish community in her philanthropic roles prior to joining Congress and has taken great strides to combat antisemitism and promote bilateral relations with Israel as a congresswoman.

Rep. David Valadao’s (R-CA) deep commitment to the U.S.-Israel relationship nudged him over the top in a tough re-election bid. Within Congress, Valadao has been a vocal proponent of ensuring our greatest ally in the Middle East, Israel, can defend itself from terrorism and the many other threats it faces.

Rep.-Elect Glenn Ivey (D-MD) may be a newcomer to Congress, but he is no stranger to pursuing justice. Earlier this year, he defeated Israel critic former Rep. Donna Edwards in a contentious primary. His intentions to defend to U.S.-Israel relationship were clear on the campaign trail, which will translate into strong pro-Israel advocacy in Congress.

After visiting Israel, Rep. Young Kim (R-CA) shared that she “felt the hope and resiliency of the Israeli people.” In just one term in Congress, Rep. Kim has proved a strong advocate of the U.S.-Israel relationship and displayed a remarkable understanding of the power of strategic coordination between our two countries.

These members are a few examples of the broad and diverse coalition of legislators that will back the U.S.-Israel relationship in the 118th Congress. This cycle, Pro-Israel America had a 99% success rate with endorsed candidates in the general election. Grassroots members helped propel 69 pro-Israel candidates, including 13 key race candidates in some of the most competitive districts across the country.

The broad majority of Americans support a strong and close strategic alliance with Israel. The U.S.-Israel relationship continues to enjoy deep-rooted support on both sides of the aisle.  Democracy, equality, and peace bond us together, despite the relentless attempts to tear us apart. A commitment to the U.S.-Israel relationship anchors a hope for a brighter future and a better world