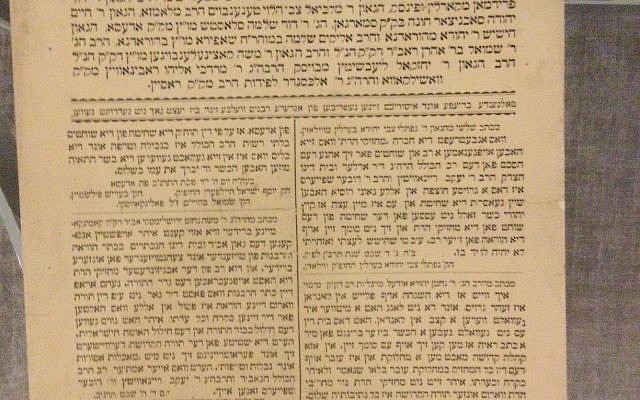 In our previous posts, we have delved into the origins of the various non-Orthodox movements in the UK, discussing the Reform movement in the mid-19th century and the Liberal movement at the beginning of the 20th.

Yet in-between the emergence of these two non-Orthodox movements, another seismic change within Anglo-Jewry took place. Large numbers of Jewish immigrants arrived in the UK from Eastern Europe. Unlike the early congregants of Reform and Liberal Judaism, these newcomers heralded from the opposite end of the religious spectrum, and were deeply traditional and religious, posing an entirely different challenge for the Chief Rabbi and the United Synagogue.

The pious immigrants began to open their own prayer houses, and establish their own, smaller communities. In 1887, under the leadership of Samuel Montagu MP (later Lord Swaythling), the various small ultra-Orthodox shuls founded by the immigrants were organised into the Federation of Synagogues, which still exists today.

The major Orthodox challenge to Chief Rabbi Hermann Adler came, however, not from the Federation but from an independent community, named the Machzike Hadath (“Upholders of the Faith”) community. Its members were unhappy about the standard of meat sold as Kosher in the butchers’ shops under the supervision of the Chief Rabbi and his Beth Din. The butchers, for example, sold meat from which forbidden fat and specific veins and sinews in the hindquarters had not been removed. Although housewives could then perform the removal process in theory, and render the meat Kosher, in practice this process of porging is highly complex and requires great skill. Those buying this unporged meat would be most likely to consume it in its non-Kosher state. Machzike Hadath licensed their own butchers, who would adhere to their standards. 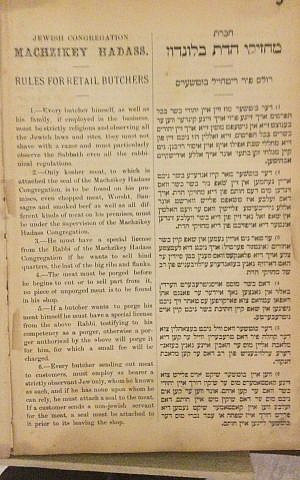 One book in my collection features multiple identical pages (illustrated) each of which was to be signed by an individual butcher declaring that they would operate under the authority of the Rabbi of the Machzike Hadath community and would not sell unporged meat.

Unsurprisingly, the Chief Rabbi and his Beth Din were outraged by this attempt to break their monopoly on the licensing of Kosher meat. Chief Rabbi Adler drafted a letter to the leading European rabbi of the time, Rabbi Yitzhak Elchonon Spector of Kovno, requesting his support. Both Chief Rabbi Adler’s draft letter (in his handwriting as illustrated) and Rabbi Spector’s reply, supporting the Chief Rabbi, are in my collection. Such support only galvanised Machzike Hadath to do the same. 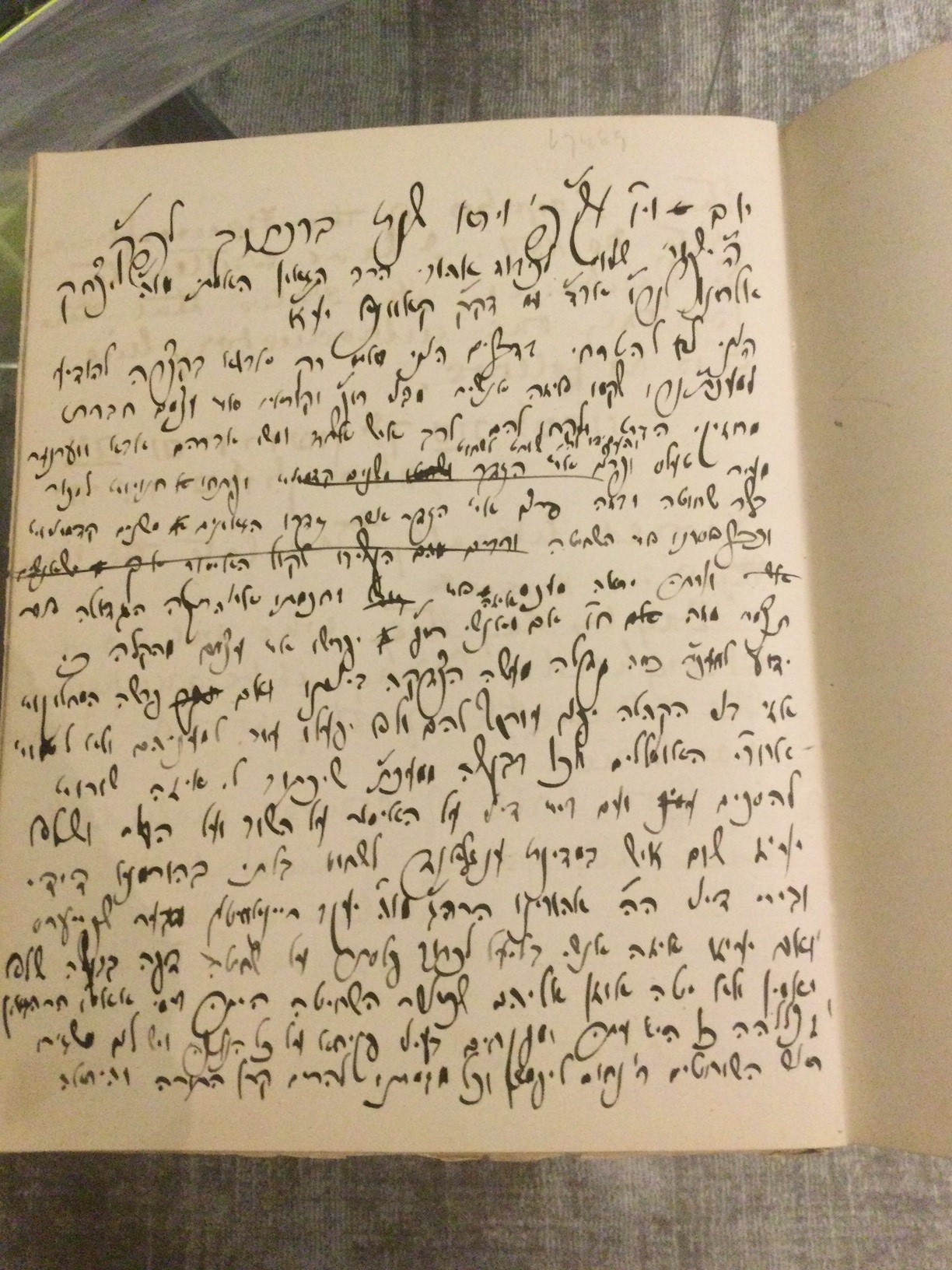 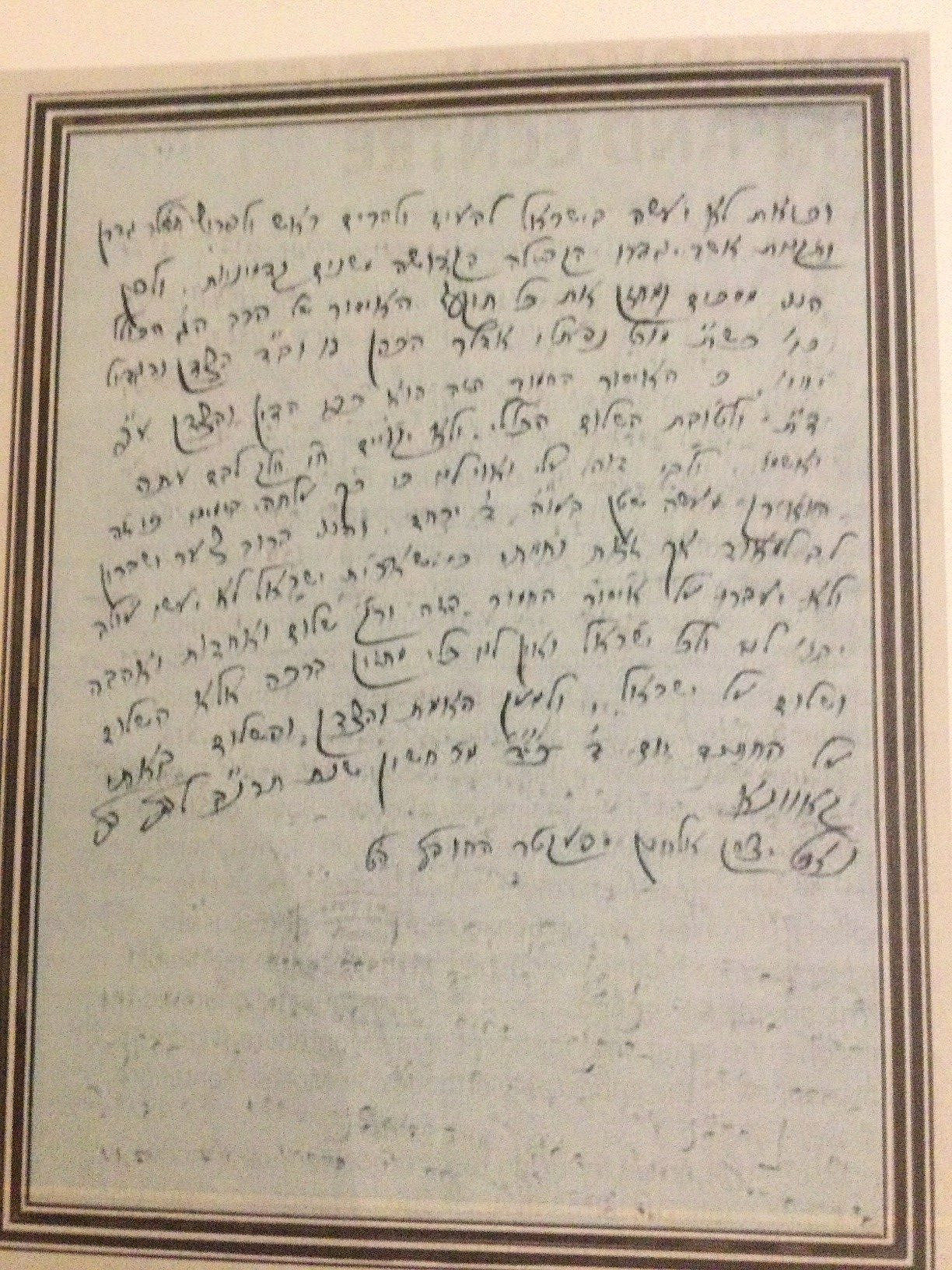 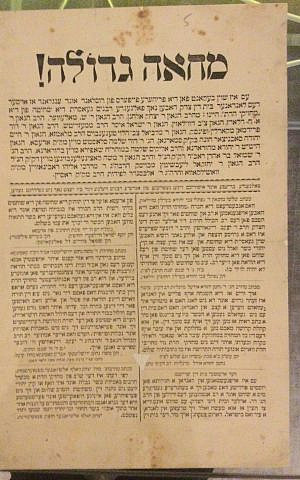 Each side obtained support from a wide range of rabbis in Europe and posters were printed declaring messages and arguments from eminent rabbis. The dispute continued for several years until 1904, when an Admiralty Report was produced, critical of Shechita (the humane Jewish method of slaughter) in general. In the face of this external threat, a compromise was reached whereby the Machzike Hadath operation came under the administrative control of the Chief Rabbi, yet its religious standards remained under their own independent jurisdiction, supervised by the Machzike Hadath rabbis. Shortly afterwards, the Machzike Hadath community joined the Federation of Synagogues. It still exists today with a small synagogue off Golders Green Road.

Interestingly, in 1935, the then Rabbi of Machzike Hadath, Rabbi Yechezkel Abramsky was appointed by Chief Rabbi Hertz as the Senior Dayan of the London Beth Din. Although this meant that he left the Machzike Hadath, it can certainly be viewed as a final triumph for this independent Orthodox community. Dayan Abramsky thought that porging was not being carried out to a sufficiently high standard under the supervision of the London Beth Din and so made it a condition of his appointment that the sale of hind quarter meat would cease, thereby removing the need for any porging. This prohibition in the UK Kosher meat industry remains today and is why we British Jews have to travel to Israel if we want a juicy rump steak!

About the Author
Professor David Latchman, CBE, is a leading UK academic, author, and philanthropist, and currently holds the position of Vice-Chancellor of Birkbeck University of London, having led the university since 2003. Latchman holds First-class Honours in Natural Sciences, a MA, and a PhD, and has completed a three-year post-doctoral fellowship at Imperial College London. He also has a DSc (higher doctorate) from the University of London.
Related Topics
Related Posts
David Latchman