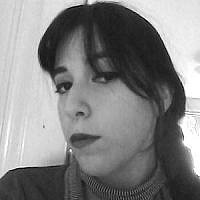 The Blogs
Berakha Guggenheim
Apply for a Blog
Advertisement
Please note that the posts on The Blogs are contributed by third parties. The opinions, facts and any media content in them are presented solely by the authors, and neither The Times of Israel nor its partners assume any responsibility for them. Please contact us in case of abuse. In case of abuse,
Report this post.

A few months ago, a white activist claimed that Jews manipulate their history for social leverage, giving them privilege over every other group in the USA. Which is then used to support Israel.

Last month, I was told that the Farhud was a Zionist plot.

Some time ago, a Jewish person told me they feared to march in support of Ferguson and Mike Brown for fear of antisemitism among the activists. Their words were that they were “scared of the antizionists.”

Around the same time, a friend of mine was attacked on social media after she said that gentiles policing Jewish Diaspora communities is antisemitic. She was called a Zionist pig. She doesn’t particularly support Israel.

Not long after, I saw a cartoon that depicted Israeli Jews as rats.

The Jews who pointed out the longstanding antisemitic nature of these depictions were ignored for being “Zionist.” Zionist was, of course, a term that meant inhuman monster, but a particularly Jewish one.

Yesterday, I saw a political cartoon being passed around on social media that depicted an Israeli Jew as a vampire.

Today, I saw someone deride Holocaust survivors being paid reparations “because of Palestine.” He followed this up with a sneering line about greedy Jews and money.

Antisemitism on the Right (particularly the far-right) is acknowledged and well documented. Truly, it’s expected, and when we see it, we loathe it, but we are not surprised. It is expected that to move in these circles is to face aggression even unto violence. However, antisemitism on the Left, while just as virulent, is rarely acknowledged, though anti-oppression activism is a core part of progressive politics. In this, the Right has the advantage, for at least it is honest about its bigotry.

Pro-Palestine activism is no exception to this rule, though it often pretends otherwise. It is a shame and a pity, for increasingly young Diaspora Jews are critical of Israel (or at least Israeli policy) and do not always mimic the politics of their parents. Where they and gentile pro-Palestine activists should be natural allies, these Jews are instead alienated – and worse.

Many progressive Jews come to pro-Palestine and Middle East peace activism from a classically liberal point of view. They cite human rights abuses, national self determination, freedom, and independence as touchstones for their politics. One would think that this is something they have in common with gentile activists – and oftentimes, it is.

But sometimes, it isn’t.

“For centuries, stateless Jews played the role of a lightning rod for ill will among the majority population. They were a symbol of things that were wrong. Did you want to make the point that greed was bad? Jews were greedy. Cowardice? Jews were cowardly. Were you a Communist? Jews were capitalists. Were you a capitalist? In that case, Jews were Communists. Moral failure was the essential trait of the Jew. It was their role in Christian tradition—the only reason European society knew or cared about them in the first place.” – Matti Friedman

Antisemitism manifests in many ways, but one of the most common ways it manifests in discourse about the Middle East is in denial. Denial of Jewish identity, narrative, genetics, history, and even experience of oppression. Erasure plays a huge role in this, as it allows for this denial, which in turn acts as cover for these anti-Semitic macro- and micro-aggressions to continue. FBI statistics, proof of murderous violence, modern progroms – it doesn’t mean anything in the face of a discourse that denies you even exist as what you say you are, much less suffer for it. It is at the point where it is normal for radical leftists and activists to uncritically pass along material that was found on Stormfront, a neo-Nazi website, that talks about intrusive Khazar Jews enacting a conspiracy. More than once I have faced Holocaust deniers claiming the mantle of progressive while spouting rhetoric nearly identical to that of David Duke. More than once have I been faced with activists who take the Khazar conspiracy seriously.

The prevalence of Soviet-era anti-Jewish propaganda is staggering, and I find it darkly amusing how even as these tropes are passed around as modern memes, gentile Leftist society as a whole does not realize or care about the provenance of such material.

But neither does it mean that you’re free from examining yourself and your activism from antisemitic bias, and people like to pretend that it does. If anything, because this concerns Jews, I would argue that gentile activists have an additional responsibility to examine themselves for this, and that to pass the buck is not only lazy, but inherently oppressive.

When I talk about this, I’ve been accused of derailing, but I don’t see how that’s true. Intersectionality is a necessary component for all our activism, and I don’t understand why Jews should be the only exception to this matter. Antisemitism is not revolutionary, but too many gentiles act like it is.

When faced with these facts, gentile activists tend to handwave it away and call it a small problem, a matter of the fringes. Never mind that this reaction does nothing to combat the actual problem – but it’s not a fringe issue. This is the norm – it’s just often kept on a tighter leash where it’s more plausibly denied. This antisemitism informs a lot of activism on the Left, among numerous causes, and pro- Palestine activism is no exception.

No aspect of this ancient and extant bigotry should be remotely relevant to Palestine activism. It is so easy to talk about the mounds of data easily accessible about Israeli actions against the Palestinian people. It is so easy to tackle an oppressive government and their attendant institutions, to mobilize around that fact, and work together to bring real, rapid change. That so much of the discourse focuses on Jewishness and the Jewish people and not the actions of any government is very scary, and all too telling.

“Antisemitism … is particularly dangerous because it appears to be antihegemonic, the expression of a movement of the little people against an intangible, global form of domination. It is as a fetishised, profoundly reactionary form of anticapitalism,” said  Prof. Moishe Postone. I find this quote all too telling when it comes to understanding the source of antisemitism in progressive movements.

Too often do I see the latter masquerading as the former. Almost never have I seen gentiles realize that the prevalence of this toxicity has historically been (and currently is) the warning bell of impending violence. They don’t seem to care when violence does occur either.

I have seen a number of Jews who used to be antizionist become Zionist because of this. It seems that many Jews implicitly understand this, when it happens. Gentiles seem to write them off as “traitors to the cause.” Apparently, Jewish safety isn’t a just cause to them.

Progressive Jewish movements, such as J Street, the NIF, or Open Hillel, or many others, might be be a real catalyst for change, not just for effective activism with the increasingly progressive Jewish youth to combat inequality within our own societies, but for effective pushback against the latent and prevalent antisemitic strain in our wider (non-Jewish, diaspora) political circles. In order for our activism to succeed, it is necessary for all forms of racism and bigotry to be directly and actively combatted, including Islamaphobia, anti- Arabism, and antisemitism. It is not enough to simply offer a mere acknowledgement of these social ills and then do nothing, as if passivity is an effective form of combat. It is imperative we are proactive in rooting out these seeds of injustice and bigotry from ourselves and our communities – only then can we ensure that we can build a just peace together, at home and abroad.

About the Author
B. Guggenheim works in communications for a non-profit. She graduated with a BA from Hunter College and an M.Sc. from the London School of Economics and Political Science. She has worked as a journalist, editor, and analyst covering international affairs, Jewish life, and Israel affairs for Jewcy, Tablet, the Forward, South EU Summit, and more.
Related Topics
Related Posts
Comments