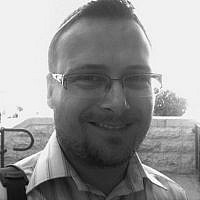 The Blogs
Peter Kaltoft
Apply for a Blog
Advertisement
Please note that the posts on The Blogs are contributed by third parties. The opinions, facts and any media content in them are presented solely by the authors, and neither The Times of Israel nor its partners assume any responsibility for them. Please contact us in case of abuse. In case of abuse,
Report this post.

I have finally made it through Anthony D. Smith’s “The Ethnic Origins of Nations”, and feel all the more enriched by a deeper understanding of the roots of nations and nationalism, particularly when it comes to the Israeli-Palestinian conflict of narratives (which it basically is).

I won’t say that I’m sitting left with a feeling of knowing how to solve the conflict as such, but the concluding paragraphs of the book (pages 224-226) did give me an idea of what has to be done, but which at the same time seems unlikely to be done. This probably won’t sit well with most pro-Israeli advocates, but the following does strike a cord with me.

Smith responds to the case of “problems and antagonisms of ethnic nationalism” and the attempt to establish peace and developments, that go beyond the nationalist interests. The need to “study the roots of identity conflicts in their historic ties, ethnic mythologies and symbolisms” is crucial for any understanding of how to solve the conflicts. I agree with him. The problem is not so much that we – Israelis and Palestinians – are not making demands that we expect to be fulfilled, but that each side only understands our own demands and what they are based upon, without understanding the other part’s understanding of themselves and how this causes their refusal of the demands given them.

It particularly strikes a cord with me, when Smith states that “[t]oo often, statesmen and scholars have fastened on the immediate political and economic causes of ethnic antagonisms which, though important in exacerbating and intensifying divisions, rarely account for the depth of feeling and direction taken by ethnic nationalisms. Too often, state elites and their advisers have denied the aspirations of would-be nations and belittled their security fears and identity needs, exactly because of their ignorance (compounded often by an unwillingness to learn) of the different myths, symbols and memories and distinctive values of minority ethnie. The power interests and lack of knowledge and imagination characteristic of many inter-state organizations inevitably frustrate the hopes of regenerated ethnie, with the result that the fires of their aspirations waste themselves in vain upon the iron grid of inter-state systems and fall instead upon neighbours and competitors in bitterness and internecine wars.”

This can of course be said about both the Jewish and the Palestinian nationalist hopes, but in context of the conflict, with Israel as the dominating force and the Palestinians asking for recognition, this seems most correctly directed at Israel and her advocates. It is not the Palestinian refusal of recognizing Israel as a Jewish state, which defines Israel as such or prevent us from doing so, nor does the Palestinian understanding of the Jewish ethnic “myth-symbols” hold any consequences for us, neither as a nation or a state. It is the other way around, as long as Israel and her advocates are refusing the acceptance of Palestinian self-determination and right to define themselves, there won’t be any real break-through in the negotiations for a lasting solution. Obviously there are the violence, being promoted by the Palestinian establishment, but this goes – to a certain extent – hand in hand with the frustrations of the hopes the Palestinian might have as an unrecognized ‘ethnie’. Every nation-to-be needs a territory to outlive their national hopes and expectations, but when they see that they are continuously denied this, not only this, but even to be allowed to define themselves as a nation, if only in theory, there is not much to strive for.

The problem of course partly lies in territory, namely that the territory that the Palestinians designate as their “ancient homeland”, is designated the same for the Jews. And just as Palestinian nationalism is not interested in giving up their claim for at least some of their homeland, so it is with the Jewish nationalist expectations. And neither seem to be willing to give up on their demands; so what is the solution?

I think Smith gives the right answer, when he states that it needs “permitting ethnie at present denied all social and political recognition to achieve a broad cultural and economic autonomy within ‘joint’ or ‘overarching’ states.”

Of course, this comes with a price: “In return, ethnic nationalisms would have to give up their quest for ‘national congruence’ and perhaps develop a higher-level ‘civic nationalism’ without sacrificing their more immediate and tangible ethno-national identities.”

That is, Israel needs to give up the insistence on a Jewish majority – if not attempt to homogenize the state as far as possible – in order to allow to ethnic national movements to exist together, insisting more on civic rights than ethnic rights. This doesn’t mean that Israel has to give up being “Jewish”, but that Israel should give more room for also being “democratic”. Either this, or allow the Palestinians to build their own state in what in Hebrew is known as “Yehuda v’Shomron”. And even if we allow the Palestinians their own state, we should still remember the power of the “myth-symbols” of the Israeli-Palestinian minority. Especially in a time, where more and more of them insist on also being Israel, next to being Palestinian and Arab. The least we can do in return for them acknowledging our desires of self-determination, is to accept their desire for self-definition.

About the Author
Peter Kaltoft is from Denmark, and moved to Israel in 2010. He reads and writes about religion and society. Subjects for the blog will typically be focused on religion in Israel, Jewish-Muslim relations, religious identity, and fundamentalism
Related Topics
Related Posts
Comments