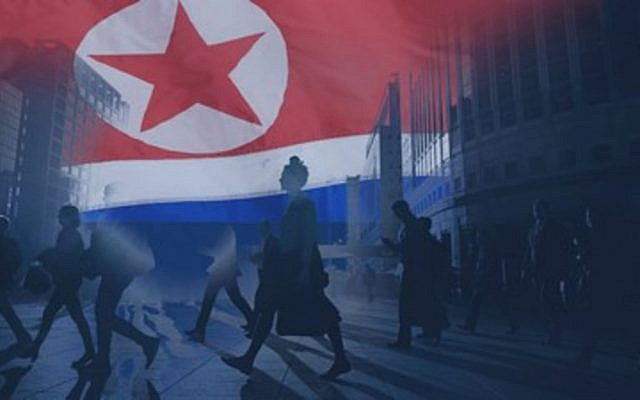 The Democratic People’s Republic of Korea, more commonly known as North Korea, carried out a cyberattack on Israel on March 4, 2021, via the Lazarus hacker group — which is backed by Pyongyang. While Israel claims that the cyberattack was unsuccessful, ClearSky— an international cybersecurity firm has brought it to light that the attack was indeed successful, and the hackers did steal a substantial amount of classified data, though the precise details of the hack remain unclear.

There’s a subtle fear that this data could be shared with Iran— a strong ally of North Korea and an archenemy of Israel. While the precise details of the attack are unclear, it is no news that North Korea and Israel have not been in each other’s good books, and one would wonder why.

This silent feud dates as far back as 1966, when North Korea had a close relationship with the Palestine Liberation Organization (PLO). North Korea provided significant amounts of arms and military aid to the Palestine leftist factions and revolutionary movements, which on the surface, did seem like North Korea was indeed an ally of the PLO.

North Korea reinforced Palestinian armed factions by providing them with renegade warfare training. Abu Jihad, one of the founders of the Fatah and Abu Daoud— leader of the Black September group that killed members of the Israeli Olympic team at the 1972 Munich Olympics, received heavy military training in the DPRK. Gradually, over 200 members of the Palestinians received military training in three locations near Pyongyang from 1970 to 1972, and the supply of weapons to Palestinian groups continued into the 2000s. 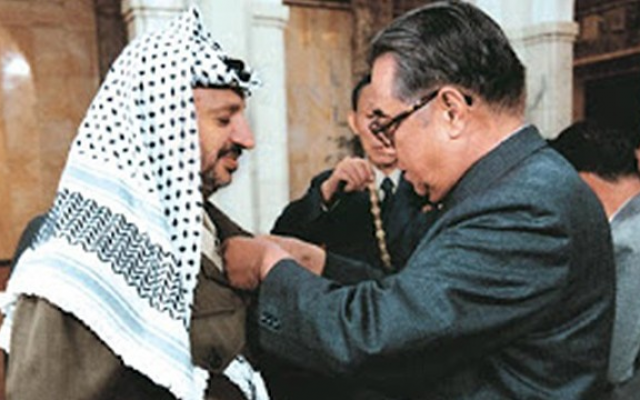 Although the conflict of Israel-Palestine had little to do with North Korea, then-leader Kim Jong II viewed Israel as an expansion of the US influence in a new region of the world. This, coupled with the fact that North Korea has geostrategic interests with Israel’s adversaries, most notably crucial economic trade with Iran, set forth the conditions for the present-day relationship.

Now, North Korea’s involvement in the Palestinian-Israeli conflict has become pragmatic after the fall of the Soviet Union. The Palestinian cause was still much supported, and North Korea strongly condemned every Israeli action in the region.

North Korea reinforced its involvement during the Gaza war in 2008-2009, and a foreign ministry spokesman harshly spoke against Israeli actions, denouncing the alleged killing of unarmed civilians as a crime against humanity and a threat to the Middle East Peace Progress. Sin Son-ho (North Korean permanent representative at the UN Assembly) mentioned that “North Korea fully supported Palestinians’ struggle to expel Israeli aggressors from their territory and restore their right to self-determination,”. 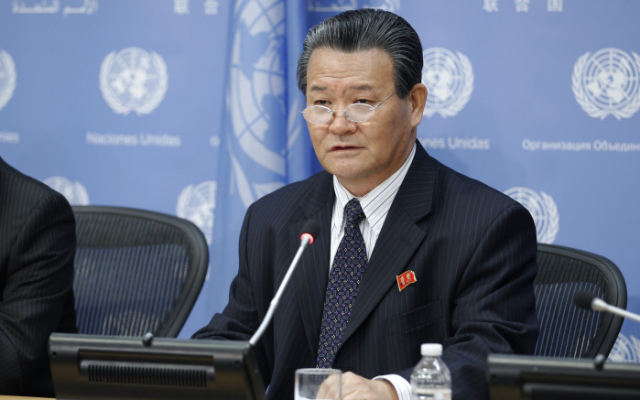 During the  1973 Arab-Israeli War, also known as the Yom Kippur war, North Korea sent pilots and non-combat personnel to Egypt. The unit had about four to six encounters with the Israelis at some points during the war.

As stated by Shlomo Aloni, the last aerial engagement on the Egyptian front on 6th December saw Israeli F-4s engage North Korean-piloted MiG-21s. The Israelis shot down one MiG, and another was shot down by friendly fire from Egyptian air defenses. Although it remains unclear what truly happened, we can align some facts together. In Hazardous Duty (the autobiography of the Chief of Staff of the United Nations Command in Korea), Major General John K. Singlaub stated that; in 1976, he was involved in negotiations with a North Korean official— General Han. 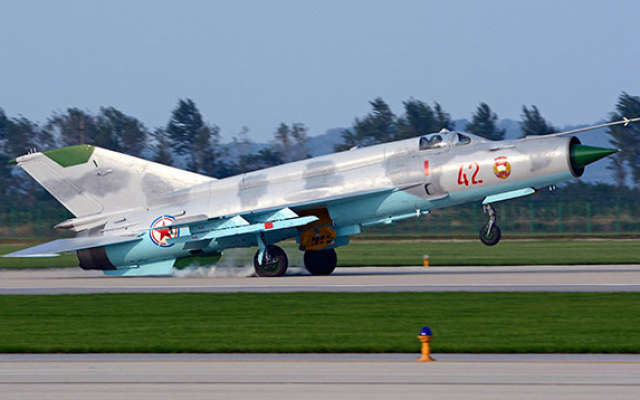 Han was a military attache in Egypt during the Yom Kippur war and had organized North Korean pilots to fly Mig-21s against Israel. After all, Israel was a common enemy at that point. At the same time, the United States was a loyal ally to Israel and Israel had turned to the U.S. for a quick replacement of arms during the war.

Singlaub further stated that many of the North Korean pilots were shot down by US-supplied Sidewinder missiles, which denotes that; directly or indirectly, Israeli pilots did succeed in downing some of their North Korean rivals who allied with Egypt and Syria in the Yom Kippur war. The reason for a North Korean presence in that region was due to the forging of a warm relationship between the two countries in the 1970s when Egypt invited highly experienced Korean fighters to station and train in Egypt.

To a large extent, one can say that North Korea has gradually become Iran’s leading source of military technology. Looking at the ‘why’— there’s a purely beneficial relationship between the two countries. Iran has the money, and North Korea has the technology. It seems like what one country lacks is found in the other. Iran is of particular interest for multiple reasons. Firstly, due to its sheer proximity to North Korea. More importantly, Iran is seen as a more reliable partner to North Korea, in contrast to other wealthy neighboring countries. Given its hostility towards the US, it’s less likely to succumb to US-imposed sanctions and other pressures.


Iran’s most prominent proxy, Hezbollah, lives on Israel’s northern border and acts as her primary external threat. For over 30 years, Hezbollah caters to Iran’s foreign policy interests in exchange for dire financial support. Since Hezbollah’s 2006 war with Israel, Hezbollah has turned to Iran for precision-based missiles in preparation for a future war against the Jewish state. Such weaponry would grant the Shiah malia group a strong military edge and pose a serious threat to Israel, as an attack on a nuclear facility is a hypothetical Israel cannot afford to entertain. Hezbollah, and by proxy Iran, has gained a strong political footing and militaristic advancements since 2006 and is a threat the Jewish state takes with concern.

North Korea has been long accused of providing aid to Syria’s bootleg military and chemical weapons program. Although the depth of North Korea’s support is not entirely clear, some facts do align.

The Mossad— Israel’s intelligence agency, ran surveillance on Ibrahim Othman— the director-general of the Syrian Atomic Energy Commission. Via hacking Othman’s personal computer, the Mossad discovered photos of a cube-like building being constructed in Eastern Syria, along the Euphrates river. 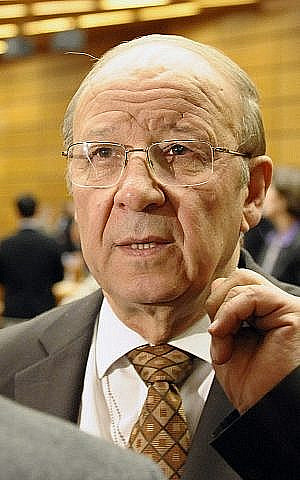 On the surface level, this confirmed the initial discovery of a mysterious building found during previous scans of Syria. And on a deeper level, the photos confirmed that the building was a doppelganger of North Korea’s Yongbyon nuclear reactor, which the U.S. and Israel had previously uncovered as a bomb-making factory.

Aside from the fact that there was an uncanny resemblance between the cube-like building and North Korea’s nuclear reactor, the greater confirming link was the photo of Othman standing arm-in-arm with Chon Chibu— a North Korean nuclear scientist who worked at the Yongbyon facility.

It’s no secret North Korea supplied extensive nuclear know-how and boots on the ground to help build a nuclear reactor in al-Kibar, within the heart of Syria.

Retaliation of Israel- Operation Outside the Box

6th September 2007 is a day both Israel and Syria could never forget. Although considered one of Israel’s most successful operations, Operation Outside the Box was censored for over a decade.

Just after midnight, and with the aid of Ten Israeli F-151 Ra’am and F-161 Sufa fighter jets, Israel carried out an airstrike on the suspected nuclear site. By feeding Syrian air defenses a false sky picture (so Syria couldn’t see Israel’s fighter jets in the sky), Israel could get its fighter jets across Syria, bomb the supposed nuclear facility, and evacuate. The facility was destroyed and left in shambles. By doing this, Israel was able to counter North Korea’s indirect attack through Syria.

Now here’s the tricky part. Later in 2013, a former major in the Syrian air force— Abu Mohammed, recounted that air defenses in the region had been told to stand down as soon as they detected that Israeli planes were approaching the reactor. However, according to a WikiLeaks cable, the Syrian government put long-range missiles in place after the attack but did not retaliate. Perhaps, was the country fearful of a counterstrike?

But much later, Syria denied ever having such a facility in the first place. As late as April 2008, Syrian President Bashar al-Assad provided his first remarks on the allegations, where he dismissed any attack by Israel on a nuclear facility. He claimed that it wasn’t logical for a nuclear site to have zero protection with the surface-to-air defenses. Indeed, it seems like Syria didn’t build fortifications around the facility to prevent drawing attention. Also, it was silently agreed by both sides; Israel won’t brag about destroying it, and Syria would pretend it never existed. 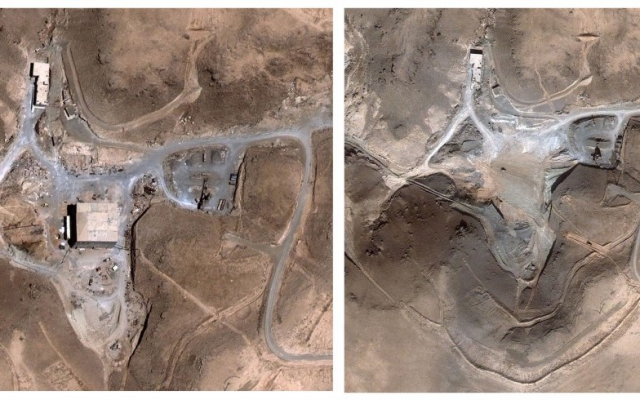 Before (left) and after (right) satellite images of the Syrian nuclear reactor which was reportedly struck by Israel in 2007. Photo credit: AP/DigitalGlobe.

Israel Against A North Korea-Iran-Syria Trio; What to Expect

After the Israeli president formed a three-member panel to investigate the supposed Syria nuclear site, Brigadier General Ya’akov Amidror (one of the panel’s members) discovered Iran was also working with North Korea on the nuclear facility. Iran had funneled $1 billion to the project and planned on using the facility to replace Iranian facilities should Iran fail to complete its uranium enrichment program.

Well, there’s no denying the fact that Syria could open doors for North Korea’s cooperation with Iran and its proxies, and even more unspeakable things. Using Yemen’s Houthi movement as an example, North Korea transferred ‘essential parts’ for Iran’s long-range missile development in 2020. The Houthis have Hwasong-6s ( North Korean-made scuds) in their military arsenal.

Israel is known not to take security threats with levity. Either direct threats or indirect ones. Furthermore, Israel has made it clear on multiple occasions that it makes no dissociation between a physical or cyber attack, most notably on the 5th of May 2021 when it responded with force to an attempted cyberattack by Hamas.

Though North Korea has operated within the shadows in regards to its conflict with Israel, it does appear from the most recent cyberattack that it has come out of the darkness and played a more direct role in this escalating conflict. It’s hard to say where this current escalation can lead us, but such a tit-for-tat can potentially move the current shadow war between the two countries out into the open.