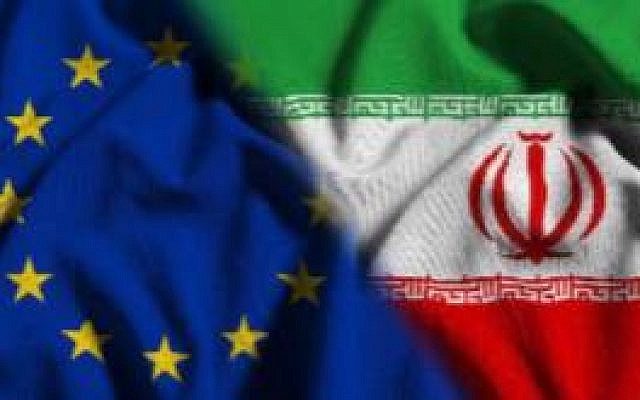 After a year of Europeans’ appeasement of Islamic Regime of Iran in the Vienna, The Joint Comprehensive Plan of Action (JCPOA) has reached a point of “political vulgarity.” Predicting the sluggish dialogue of the West was simple from the beginning, as it has the same long-term futile bargaining as the Islamic Republic wants, the two factors of “corruption” and “greed” on the part of the West that can appease evil.

The West’s ignorance to the Western values during the negotiations’ in Vienna, failed from the outset, as evidenced by the lack of transparency at the heart of the talks, along with the lack of a press conference after several meetings. In fact, if the Westerners stand by their principles, they will never face the representatives of global terrorism, and this shows their political-diplomatic weaknesses in resolving the existing crises.

The same can be said of other out-of-the-ordinary behaviours’ of Westerners. To advance their political-economic goals, the Europeans have always avoided paying the right price by choosing the wrong option or high risk, and now they, like the Islamic Republic of Iran, have learned to achieve it with tension! Hope and trust in the illegitimate system of Velayat-e-Faqih make this hypothesis more realistic, along with the way they treat Russia.

Europe’s all-out and repeated efforts to revive JCPOA come at a time when the ruling mullahs in Iran are more in need and eager than the West. They are willing to succumb to any humiliation, but due to the gross weaknesses of Western policy-making, they have shown themselves to be superior in continuing the routine blackmailing process, in addition to earning more points, by buying time to carry out both, their terrorist-nuclear program and easier than ever continue smuggling oil by lack of control and monitoring of the sanctions.

Numerous trips by JCPOA’s European coordinator to Tehran to persuade the Mullah-mafia to return to the talks are the result of political-diplomatic stupidity and turning a blind eye to the existing realities that both European countries and the Iranian people are struggling with.

While the Europeans continue to insist on the broken course JCPOA, the ruling Mullahs are well aware that the Europeans are currently facing an energy crisis due to the Ukraine war, and that is enough for a government with no principles to claim to be the decision maker.

From another point of view, and the impossibility of fulfilling the Westerners’ desire to revive JCPOA, contrary to what the High Representative of the European Union for Foreign Affairs and Security Policy, Josep Borrell Fontelles, says, does not benefit them at all. The reason for this is the non-adherence of the Islamic regime of Iran to the system of financial transparency – FATF – as well as the lack of lasting regional security due to the existence of the Islamic Republic, which no European company can operate inside Iran.

Today, due to the crisis in Ukraine, Europe is thirsty for energy and the price of its carriers is increasing daily. The European Union’s insistence on reaching JCPOA at this time is access to oil and gas in the IRGC’s domination of terrorism, which in any form, with or without JCPOA, means any deal in exchange for accepting smuggling with this dreaded mafia network.

The point that the Westerners either forget or do not want to accept is that the political-economic and military institutions of the Revolutionary Guards and the Islamic Republic are not separate from each other, and this is the very wrong misconception of the Westerners. In their view, by removing the Revolutionary Guards from the terrorist list, the problem will be solved and access to cheap oil and gas will be legally facilitated for them.

On the other hand, what the EU is facing, but dealing with in a kind of media oppression and speech therapy through various media, is Russia. It is safe to say that Europe has been tangibly captured by Russia, and in fact the war in Ukraine is a continuation of the war in Syria. These two are entirely due to the energy independence of Europe, and the European profit-seeking refuge in the Islamic Republic. Even in the short term and as in previous years, will never solve the EU’s problems.

Aware of the importance of Russia’s oversight of Iran with full control over the Islamic Republic, which they have seen in the Vienna talks, the West has no chance of achieving energy stability in Europe with the current trend. In addition to this, of course, the Westerners have a view of Qatar and have held talks, but in addition to the fact that the Persian Gulf kingdoms is not willing to sell oil and gas at cheap prices, unlike the Islamic Republic of Iran. Russia wil also be blocking its transfer.

The weakness of the thinking of European left and globalist politicians has led them to repeatedly waste efforts to achieve what is not possible. This series of insistence on repeating a series of mistakes has not only plunged the European Union from one pillar to post, but has also seriously endangered the normal lives of the people of the continent.

Russia’s invasion of Ukraine in all its dimensions showed that the system governing the European Union was weak and suffering from fantasy behaviour. In fact, the policy of long-term appeasement with evil in order to gain unilateral benefits is destructive, from Kabul to Kiev. This catastrophic approach, of course, is becoming more and more apparent in the face of the Islamic Republic’s terrorism, but what is quite obvious is that this deliberate misguided policy-making is now gripping the Westerners themselves as they try to sink into a quick sand that sinks further with each passing moment.

The fact is that Europeans seem to be reluctant to accept that solving the deep-rooted problems that result from their own catastrophic actions depends on ending the one-sided profit thinking in the form of short-term policies, and the media showcase solutions are the same as prescribing headache pills for cancer.

The mechanism of sanctions against Russia can be mentioned among many cases. Knowing that sanctions against the Islamic Republic’s experience as a system built on terrorism and trafficking have no deterrent power, Europe continues to import gas from this country, and this is a sign of profiteering and passive expediency.

Instead of spending huge sums of money, Westerners should leverage pressure on Russia’s regional interests if they are to counter Russia’s actions, and by switching to long-term policies, in addition to thwarting Putin’s plans, grow economically. And most importantly, they will achieve energy independence and free themselves from the yoke of gas and Russia’s constant threats.

The Islamic Republic in Iran, as Russia’s greatest defender and the eye of Vladimir Putin, is the most important point that Europe can turn the page in its favour by ending its appeasement. The European Union has no choice but to listen to the voice of the Iranian people and stand on the right political-economic side, which will bring mutual benefits, to escape the catastrophe in which it finds itself.

Today, according to the current situation, Western politicians, regardless of the welfare, peace and security of the Iranian nation, will not be able to achieve this for the people of Europe by continuing the forty-year appeasement of the smuggling thieves ruling Iran and cannot unilaterally follow the past. At least in the economic sector.

Along with this, the dismantling of the Russia-China base with the establishment of a normal sovereignty, Iran will accept Western industries and the growth of the European economy, and also with the emergence of lasting regional security, European countries’ need for Russian gas will be met and even ends up with isolating Putin.

The resumption of the national-patriotic struggle of the Iranian people in order to overthrow terrorism without the borders of the Islamic Revolution is the only opportunity for the Europeans to escape from the current crisis. The Europeans have no other choice: either they will stand by the struggles of the Iranian people and overcome the crisis in the long run with equal relations and mutual benefits. Or they will continue to appease evil under the name of JCPOA and aiding the Islamic Republic smugglers, with fear and trembling in the despair of Vladimir Putin, they still have to give in to humiliation.