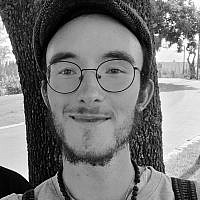 The Blogs
Chaim Yoel Ben Adama
Apply for a Blog
Advertisement
Please note that the posts on The Blogs are contributed by third parties. The opinions, facts and any media content in them are presented solely by the authors, and neither The Times of Israel nor its partners assume any responsibility for them. Please contact us in case of abuse. In case of abuse,
Report this post. 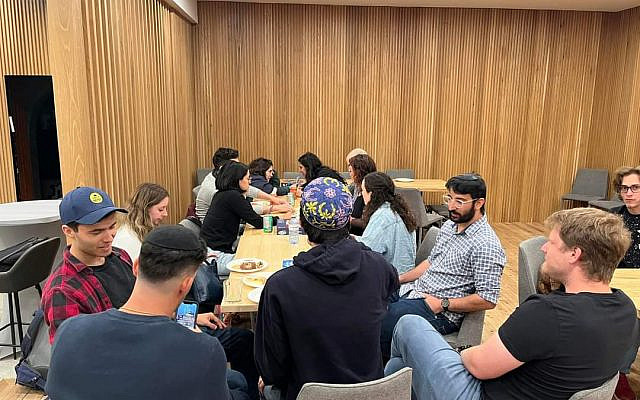 Vancouver, British Columbia. A multicultural hub of high-tech and development on Canada’s west coast bordering the Pacific ocean. Although smaller and younger than its counterparts in Toronto and Montreal, Vancouver is home to a growing, thriving and diverse Jewish community. This is noticeable by its variety of Jewish food, including welcoming Israeli restaurants, a kosher vegan food truck run by the local community Kollel as well as quite a few kosher and kosher-style delis and cafes serving staples of heimish food from bagels and rugelach to shakshuka pizza.

It is also interesting to note that Vancouver is blessed to be hosting the only Sephardic synagogue west of Toronto, which I have had the honour to visit a few times already. This congregation, Beth Hamidrash, provides a home and place of meeting for many Jews of Moroccan, Yemenite, Israeli and Iberian descent as well as Ashkenazim who enjoy the warmth and beauty of it. The local Ashkenazi Orthodox congregation, Shaare Zedek, is just as fascinating; counting among its Rabbis the son of Reb Zalman Schachter-Shalomi, founder of Jewish Renewal as well as the great grandson of famed Cantor Yossele Rosenblatt. The Ohel Yaakov Community Kollel, mentioned above, gives free classes at least three times a week, covering topics such as Halacha, Shulchan Aruch, Chassidut, Kabbalah and more. For young adults and students away from home such as myself, Shabbats and Holidays at the Kollel are a delight, truly a home away from home, with all the joy, prayer, songs and of course the abundance of food shared around the table.

As for the topic of antisemitism, which I am often asked about, it definitely is existent in Vancouver, however proportionally to other major cities in Canada and all of North America, it does seem quite safe and friendly with a relatively low level of reported hate crimes. The demographics of the city are likely one of the reasons as Asian and Indian immigrants tend to have either a friendly or indifferent attitude towards their Jewish neighbours.

As a whole, a bigger influx of Jews moving to the west coast and helping to grow and develop the local community would be quite beneficial. As the community is growing and thus also the influx of Jewish tourists coming to experience the natural beauty of British Columbia in the summer or coming for a ski vacation in the winter. There have been murmurs of potentially creating a Jewish campground and/or retreat centre on the outskirts of town as an example of the endless potential all around us.

About the Author
Citizen of the world , tree-hugger, proud Jew, aspiring lawyer and entrepreneur. Changing the world one step at a time. Those are all accurate descriptions of Chaim. Having grown up in Montreal, traveled the world and currently residing in Vancouver for university, Chaim is offering his unique perspectives and always appreciates an opportunity for fair and constructive dialogue.
Related Topics
Related Posts