The Blogs
Jim Shalom
A semi-retired physician
Apply for a Blog
Advertisement
Please note that the posts on The Blogs are contributed by third parties. The opinions, facts and any media content in them are presented solely by the authors, and neither The Times of Israel nor its partners assume any responsibility for them. Please contact us in case of abuse. In case of abuse,
Report this post. 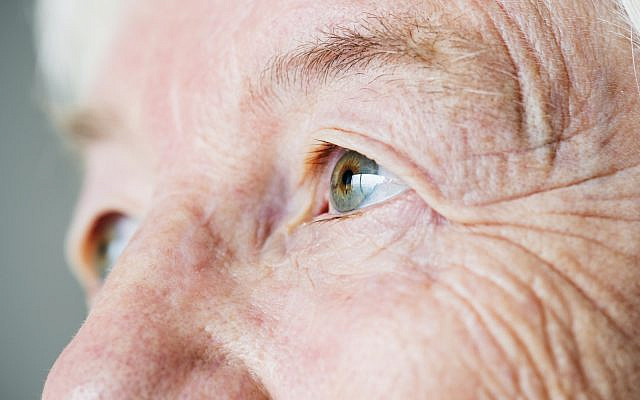 “I call heaven and earth to witness against you this day, that I have set before thee life and death, the blessing and the curse; therefore, choose life, that thou mayest live, thou and thy seed” (Deuteronomy 30:19).

The Case of Clara

Clara was a 90-year-old resident of the nursing home where I cared for her for five years, until her recent death. Orphaned as a child during the Holocaust, she had led a hard life. She was childless, her husband was long deceased, and only a nephew and niece on her husband’s side remained.

When I met her, she had mild cognitive decline, a hearing impairment, and was wheelchair bound. Her main medical problem was terminal congestive heart failure (CHF), which is potentially life threatening. She had an oxygen concentrator beside her on which she was totally dependent. Her impoverished past notwithstanding, she was a feisty and demanding character, notable more than anything for her determination to live and enjoy life. Despite the grave prognosis of CHF, she stabilized for years without need for hospitalization.

Clara had few compelling reasons to live, and some reasons, such as constant shortness of breath and only minimal family support, for not wanting to live. Was the competent medical, nursing, and personal care she received sufficient to sustain her vitality for so many years?

The Case of Sara

Sara, at 96 years old, had been a nursing home resident for eight years. She suffered from profound dementia and psychiatric confusion, and rarely communicated appropriately with her surroundings. Though her two loyal daughters visited frequently, she recognized them only rarely. Nonetheless, she remained medically stable until a year ago. She then became minimally responsive, almost obtunded, and despite support and encouragement, stopped eating almost entirely. This precarious situation continued for about two weeks. Blood tests revealed nothing new or treatable. Considering her age, her advanced dementia, and her long-standing hypertension and diabetes, I surmised that her time had come, and prepared the daughters for their mother’s impending death. No feeding tube through her nose was inserted. She received only supportive care. Then, surprisingly, gradually, she began to improve, as if on her own. She began eating again. On a visit to the nursing home one sunny day, I saw her sitting outdoors in a wheelchair with one of her daughters. Her face was alert and engaged, without its more typical faraway expression. She responded to my greeting and questioning of her wellbeing verbally with a two-word response, along with an appropriate facial response. When her daughter stroked her head, it was clear that Sara experienced joy. One month on, she was still stable. Sara was a case of a woman with profound cognitive deterioration who had begun dying, and then made a turnabout and returned to the living. What was the driving force behind her resilience and the surprising upturn in her condition?

While the two cases presented above may be out of the ordinary, cases of precariously sick people with poor quality of life and/or a poor outlook who nonetheless continue unexpectedly to stay alive are not uncommon.

As a physician who has been involved in home hospice and nursing home care, I have spent many years working with patients with incurable life-threatening diseases or nursing home residents with multiple age-related and accumulated medical conditions. Over time, I have found that the death of an individual does not always appear to correlate with the severity or outlook of their medical situation. One possible explanation for the disparity is the variability in their will to live. I am suggesting that the degree of the determination to keep going may have a significant effect on a patient’s life trajectory.

The will to live or Wille zum Leben is a concept developed by the German philosopher Arthur Schopenhauer, who defined “will” as a “blind incessant impulse without knowledge” that drives instinctive behaviors, generating a perpetual and insatiable urge to survive. In layman’s terms, this means that each of us is endowed at birth with an innate measure of determination to live.

The psychiatrist Harvey Max Chochinov, who researched the will to live factor in dying cancer patients, found that 58 percent of the research participants retained a strong will to live even towards the end of life. He concluded that “for most, the wish to go on living appears to be a resilient mind-set, even among those nearing death.” One of his results therefore suggests that the degree of the will to live that people are born with varies so that different people may well be endowed with differing measures of the will to live.

Aside from each person’s innate will to live, is it a constant, or can it be modified?

The answer appears to be yes, that it can be modified. This not only makes sense intuitively but is also supported by research. In treating the dying – cancer patients being the prototype – symptom alleviation, such as pain relief, together with family support, has been shown to enhance longevity. In other words, people suffering from terminal cancer tend to live longer by being made to feel more comfortable and not abandoned. My own anecdotal experience in working with cancer patients transferred from oncology wards to home hospice care supports this finding. Once patients received treatment that combined symptom relief with emotional, spiritual, and family support, many of them initially, albeit temporarily, demonstrated a remarkable improvement.  There is also evidence to suggest that improvement in outlook also increases ones will to live.

Chochinov was able to identify other positive factors that reinforce the will to live: a sense of wellbeing, low anxiety levels, a strong commitment to religion and living with a spouse.

Unsurprisingly, he also found factors that erode the will to live. These include shortness of breath, existential and physical suffering, poor outlook, depression, anxiety, and hopelessness. Loss of dignity and the sense of being a burden to others are likewise significant negative factors.

Another factor that appears to exert a positive influence is finding meaning in life. The Jewish-Austrian psychiatrist Viktor Frankl, who was interned in Auschwitz concentration camp during the Second World War, observed that those who survived the camp and lived were not necessarily the healthiest, but rather those motivated by a purpose, such as longing to reconnect with family after liberation. In his book Man’s Search for Meaning, he quotes the German philosopher Nietzsche: “He who has a ‘why’ to live can bear almost any ‘how’.”

Returning to the case of Clara, perhaps she was endowed with an unusually high measure of this drive which, combined with optimal medical, nursing, and personal care, may well be what sustained her even with terminal CHF for five long years. Moreover, the fact that she survived her Holocaust experiences while millions around her did not, may be evidence of a lifelong strong determination to survive. While most Holocaust victims died simply because circumstances left them absolutely no alternative, some survivors may have triumphed in part because of desperate determination. Clara is not the only Holocaust survivor I have cared for who has displayed an unexpected lifelong ability to overcome medical and personal tribulation for decades after the holocaust.

Sara, too, may have been endowed with a powerful will to live which continued to sustain her long after she had lost her cognitive faculties. It may also have enabled her to overcome the acute illness she faced at the end of her life.

In conclusion, I am suggesting that the will to live is a powerful attribute with which we are all endowed, each in our own measure. Outside factors and outlook may at times enhance or enfeeble it.

Given what we are now witnessing in the conflict between Russia and Ukraine, I speculate as to whether one may extend the “will to live” concept to countries. Ukraine, by all accounts, was objectively at a vast military disadvantage as compared to Russia. Nonetheless, against all odds, it has surprised the world by the strength of its resistance to its overbearing neighbor. Before the war there was nothing unusually positively exceptional about Ukraine. It was beset by a host of problems that included significant economic woes, rampant corruption, and an inexperienced president. Nonetheless, and in direct contrast to other countries that capitulated swiftly in the face of Russian onslaughts, Zelensky the Ukrainian leader, and his people continue to thwart the incursion with indomitable determination. Their desire to maintain their political independence has given them an unwavering sense of purpose. I suggest that the discrepancy between the comparative failure of the powerful Russian forces of oppression and the comparative success of lesser Ukrainian resources can be explained by the assumption that the Ukrainian people under President Zelensky’s leadership possess the will to survive in a very high degree.

About the Author
Jim Shalom is a specialist in family medicine, with interests in end-of-life care and the Israeli political scene. He resides in Galilee. He has spent most of his adult life living and working in Israel.
Related Topics
Related Posts
Comments