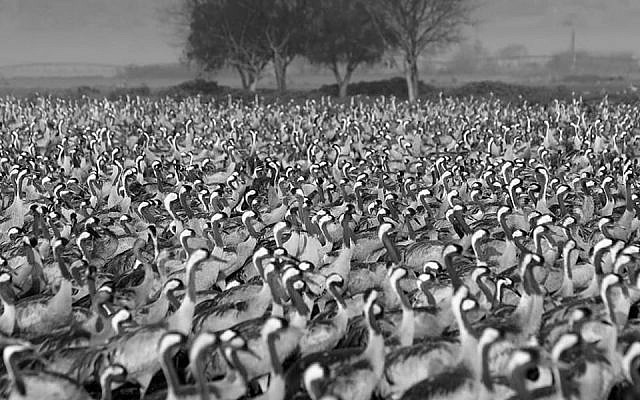 photographer Menahem Kahana is generously offering the illustration for this blog, see his works at https://www.instagram.com/menahemkahana/

I live in a constant internal struggle between my inner scientist, who wants to understand and explain everything, and the random fact that there (apparently) is no reasonable, logical, or hereditary explanation of why I have cancer.

I am of Ashkenazi descent. This increases the probability, that I have the gene mutations known as BRCA1 and BRCA2. Where BR stands for breast and CA for cancer.

In the United States, studies have shown that BRCA1 and BRCA2 occur disproportionately more often in Ashkenazi-Jewish women than in the average population. That is why the BRCA-mutation often is called the Jewish gene.

In Israel, there are far more BRCA1 and BRCA2 carriers among women of Ashkenazi than of Sephardic descent. And in general, women with BRCA-mutations are two to three times more likely to have respectively breast and/or ovarian cancer, than others.

It just turns out, I do not have those mutations.

Some years ago, one in ten women had breast cancer. Today, almost one in seven women get breast cancer. Among women who have either BRCA-mutation, seven out of ten are predisposed to cancer.

But not only Jewish women inherit the mutations from their ancestral mothers and fathers. There are also relatively many women with BRCA-mutations in countries such as Poland, Norway, and Iceland.

Six years ago, the American movie star Angelina Jolie decided to tell her story. Her mother had died of breast cancer, and Jolie had inherited the BRCA-mutation. Therefore, she chose to have a preventive double mastectomy – to have both her breasts removed.

It immediately got the media to focus on BRCA, which many now know as the Jolie mutation.

BRCA-mutations are not only responsible for breast cancer; women who have the BRCA-mutation also have an increased risk of getting ovarian cancer.

The beautiful and famous Angelina Jolie is clickbait. Her name attracts many more internet readers than BRCA-mutations or just cancer.

Jolie has been very conscious about the role she deliberately took upon herself to create public awareness about the BRCA-mutations. She has also raised awareness about genetic testing for BRCA. So more women can have a better chance to get ahead of the disease.

When I began studying biology at the Copenhagen University in the mid-1970s, genetic research was still in its infancy. Long before modern genetics, man knew intuitively about heredity for hundreds of years.

Early farmers knew how to choose and breed the grains with the longest ears, and trees with the sweetest apples for better yield. To use the bull or stallion with the best characteristics for breeding to get the best calves and foals.

In the mid-nineteenth century, the Austrian monk Gregor Mendel explained how hereditary factors from father- and mother-pea plants affect the color of the pea flower, the height of the plant and whether or not the next generation of peas have wrinkles.

In 1962, Watson and Crick received the Nobel Prize in chemistry for explaining the biochemistry and structure of genetic material, DNA. After that, genetic research took off fast.

At the initiative of the United States, the so-called human genome project, a joint effort by researchers around the world began in 1984 to map all human genes. Since 2003, the entire sequence of human DNA is known.

Today, more than 500 mutations linked to various cancers have been identified. Also virtually anyone can have their genes mapped. Not only to know where one’s family originated. Testing for specific gene mutations enables mapping of mutations connected with cancer or other inherited diseases and can be pivotal for cure or pre-emptive steps to be taken. And the newest genetic tests of the cancer itself might be pivotal for the use of so-called targeted treatments.

I live in a constant internal struggle. The battle between my inner scientist, who wants to understand and explain everything, and the random fact that there (apparently) is no reasonable, logical, or hereditary explanation of why I have cancer.

This blog is the sixteenth chapter of my book The Lights Within, read more about the book and buy it at http://www.hannefoighel.com