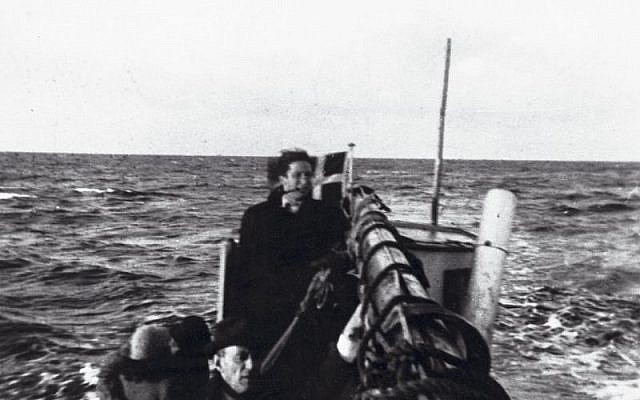 In mid-1942, the prime minister of Finland, Johann Rangell, was asked by SS chief Heinrich Himmler about the “Jewish Question.” Rangell responded that there was no Jewish Question in Finland, only respected Jewish citizens.1

Finland was an ally of Germany through most of the war, with German troops deployed in Finland starting in 1941. However, only seven Jews from Finland were murdered by the Nazis. These seven were refugees deported by the Gestapo in a secret plan undertaken with the head of the Finnish state police. However, before the plan could be fully implemented, it was discovered by the Finnish cabinet and stopped. Only eight people were deported. The rest of the Jews in Finland, both native-born and refugees, were unharmed during the Holocaust.

Why were the Finnish Jews treated differently than the other Jews on the Eastern Baltic?2 The reason for this goes back to Rangell’s statement. The Finns did not consider the Jews living in Finland to be a “problem.” They considered the Jews of Finland to be their neighbors.

This attitude was reflected in another Scandinavian country with a better-known story, Denmark. Denmark’s Jews were rescued by the insistence by both the Danish people and their government that the Jews of Denmark were respected citizens of Denmark.

When Germany invaded Denmark, they signed an agreement with the Danes to continue self-government while under German control. The Danes insisted on a clause in this agreement protecting the Jews, which the Germans granted. As part of this agreement, the Jews of Denmark were exempted from the requirement to wear a yellow star, or any other badge marking them as Jews. This makes the marvelous story about the King of Denmark riding through Copenhagen wearing the yellow star in solidarity with the Jews a myth. However, the existence of the story tells us something about the attitude of the Danes toward their Jewish neighbors.3

In 1943, the Germans decided to change the status of Denmark’s Jews, in response to an increase in activity from the Danish resistance. The Danish government formally objected.

Four days before the deportation, the German minister in Copenhagen, Werner Best, mentioned the plan to his friend, the German attaché for shipping affairs, Georg Duckwitz. Duckwitz immediately passed word to the Danish Social-Democrats, who informed the Jewish leadership. Over the next several days, more than 7000 Danish Jews and their non-Jewish relatives were snuck across the straits to neutral Sweden. Duckwitz met with the Swedish prime minister to ensure Sweden would accept the Jews.

What is remarkable about this story is the number of people who were involved in the rescue. 7000 refugees are not easily snuck in small boats across the Danish straits, and the process took three weeks, not four days. People hid Jews in their houses. People offered up their boats and piloted them across the water again and again. People helped the Jews move from place to place and find boats in which to cross the water.

This is particularly remarkable when you consider the contrast to the number of people who were involved in the Nazi killing machine. The Holocaust had many participants.  Even beyond the guards and soldiers who did the actual murder, many people were involved with making the murders possible. Jews were moved across the countryside on railways, involving many people who worked on the railway to make the trains run. Jews were rounded up and taken to the trains by local police officers. Stolen Jewish property was sorted, transported, and sold. This process requires the involvement of many people.

Do we have a “Muslim problem” or an “immigrant problem”? Or do we have Muslim neighbors and immigrant neighbors?

[2] Countries like Lithuania, Latvia, and Estonia, where more than 90% of the Jews were killed. Estonia was reported “Judenfrei” (free of Jews) in January 1942. http://www.yadvashem.org/holocaust/about/final-solution-beginning/baltic-states.html