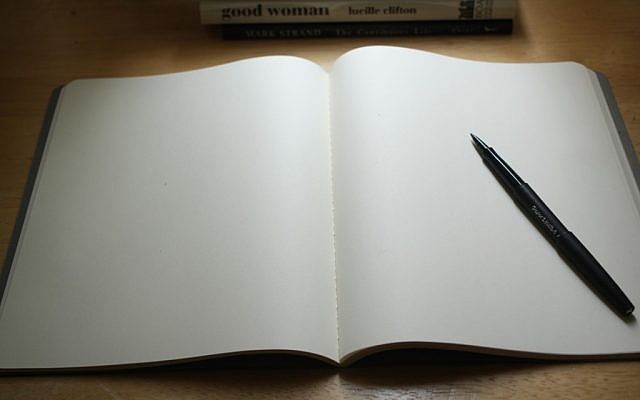 The term writer’s block is used to name the phenomenon that one wants to write but doesn’t succeed to get anything worthy down for mental reasons.

Complete books have been produced to help would-be – or even experienced – writers overcome this mental block. Truth is that this obstruction is self-imposed and can be remedied effortlessly in a second. Literally.

In 120 seconds, reading simple English, you can be an expert on this.

Being stuck comes from putting one foot on the gas and one on the brakes. Lift the latter and one drives. What do I mean by this metaphor?

There are two functions that are contradictory but that are both a part of writing: brainstorming and being critical. Writers “get blocked” only from not stopping the being critical. These two processes must be done consecutively (one after the other), not concurrently (at the same time).

How long will it take before anything comes out that (later) will turn out to be of value to you? Five minutes? Max. Just keep writing and writing whatever you think. You may reread (part of) what you just wrote but only to continue a flow of thought or to expand on what you wrote, not to make it “perfect.”

No erasing. No corrections. No criticalness. Not yet.

(If you can’t help yourself, you can change a D into a T, add an S somewhere, etc., but only if it doesn’t interrupt your train of thought.)

When you’re done with your outpouring, you may start erasing and correcting. Though you may continue some more elaboration first.

When you’re really done, start taking stuff out. Your whole beginning of “I can’t find how to write anymore.” Fancy thoughts that led to nothing. Pure nonsense. Be stern as hell.

If something unacceptable is still too nice to discard, paste it into a separate file to keep for a rainy day. But be merciless. Spell check. Grammar check. Don’t just think how right you are. Try to imagine how opponents could challenge your points – and answer them.

Don’t be a lazy writer who demands of his readers to do the editing while reading. You do it. Over and over again. Until it’s “perfect,” LOL. Then you still polish. Polishing the polish. And then you hand it to a proofreader, a friend. Then ask an editor to remove more mistakes, improve stuff and write a few more bridges to span unexplained jumps from one idea to the next.

The critical phase takes much more time and effort than the creative one. As Thomas Edison said (1903): Genius is one percent inspiration, ninety-nine percent perspiration. In that sense, being critical is more important than the brainstorming. But only after you brainstormed.

Easy does it, no?

So, don’t be critical in the creative phase.

That’s all there is to slaying the writer’s block.

And best of all, just like being stuck is inert, almost predicts that you will be stuck the next minute too, being good at writing is kind of predictive too. There is nothing more inspiring than a recent memory of being on fire and writing with the speed of light – almost. Nothing breeds success more than past success. Momentum is rough to alter too.

And last but not least, like it or not, I’m going to contradict everything that I wrote above. Contradict but not undo it.

There is such a thing as hard writing and easy writing. The easy form is: suddenly you are inspired, you have an idea, you start writing and you’re amazed at everything that comes out, ready and almost perfect.

And then there is the wrecking you brain writing. If you have time, don’t force it. You may first work it out subconsciously. Suddenly, sometime later, you may wake up from a dream or from being well rested and you have an idea. You start writing and it comes out all well and good, ready, organized and rich. The hard subject got softened on the backburner.

In any case, just do it. With your foot off the brakes. And tell others.