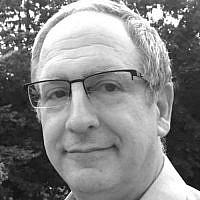 The Blogs
David I. Roytenberg
Apply for a Blog
Advertisement
Please note that the posts on The Blogs are contributed by third parties. The opinions, facts and any media content in them are presented solely by the authors, and neither The Times of Israel nor its partners assume any responsibility for them. Please contact us in case of abuse. In case of abuse,
Report this post.

On Tuesday August 9, the Associated Press reported that the Hamas authorities in Gaza had issued sweeping new restrictions on journalists reporting from the territory.  Journalists were reportedly instructed not to write that rockets fired by Palestinian Islamic Jihad had fallen short and killed residents of Gaza, including several children.  Furthermore, they were expected to blame Israel for the fighting, in the stories they wrote reporting on the hostilities.

In the same story it was reported that after protests from the Foreign Press Association, the regulations were rescinded, but that they were expected nonetheless to have a chilling effect on the way the news is reported from Gaza in the future.  You can read the story here:  Hamas issues, then rescinds, sweeping rules on Gaza coverage | AP News

I found this story striking, but not because of the attempt by Hamas to restrict what reporters can write.  What was unusual about this story is that some Gaza based reporters didn’t seem to know that they weren’t allowed to write that Palestinians attacking Israel had injured people in Gaza.  This was very different from events that unfolded just 14 months ago, in May of 2021.  At that time, there was a similar occurrence and Israel called attention to it in a similar way.

On May 11, 2021, the charity Defense for Children International reported that, the day before, a rocket fired by Hamas landed in Jabalya and killed 8 people including two children.  Also on May 10, an explosion in Beit Hanoun resulted in the deaths of six children.  According to the Intelligence and Terrorism Information Centre (ITIC), these deaths were also caused by a Hamas rocket which landed in Gaza.  Unlike what happened this year, none of the international media reported that the deaths in Gaza were caused by rocket fire from the Palestinian side.

Israeli reports that the deaths were due to Palestinian fire were ignored.  Instead, the coverage was all about the death and destruction in Gaza.  While news outlets did report deaths and damage happening within Israel, most of the coverage was singularly focused on the harm being done in Gaza and how much worse the damage was in Gaza than it was in Israel.

It wasn’t just the news media that operated on incorrect information.  Civil society groups jumped to put out statements critical of Israel.  University professors published statements denouncing Israel with hundreds of signatures and the Public Service Alliance of Canada (PSAC), the union representing Canada’s civil servants published a statement criticizing Israel and encouraging its members to attend a demonstration in Montreal to protest Israel’s actions.

One of the consequences of this is that Jewish members of PSAC requested a meeting with the leadership of the Union, including national president, Chris Aylward, to inform them about the harm being done to members by the union’s anti-Israel bias.  I had the privilege of attending that meeting and took the opportunity to point out to the union leadership at the time that the Union’s statement on their web site contained false information; in that it blamed Israel for deaths that had in fact resulted from Palestinian rocket fire.

The union statement, published on May 10 called on the Canadian government to “pressure the Israeli government to stop Israeli air strikes against Gaza that have killed Palestinians including 10 children and that threaten to escalate the conflict.”

In a follow-up meeting with the union leadership, I raised the issue again.  Mr. Aylward said at that second meeting that they would not amend the statement because they did not want to get “into the weeds”.  That statement; complete with the false claim that the Israel Air Force had caused the deaths of 10 Palestinian children; can still be found on the union’s web site here. PSAC urges government action on Gaza attacks and illegal expulsions from East Jerusalem | Public Service Alliance of Canada (psacunion.ca)

So, when I read that Hamas published and rescinded these guidelines, I remembered that in May of 2021 journalists were already complying with these supposedly new Hamas guidelines and as a result the PSAC published inaccurate information on their web site blaming Israel for deaths that were actually caused by Hamas.  This general message in the world’s media, that Israel was to blame for the conflict must, in my opinion, have contributed to the wave of angry demonstrations that swept the world at the time.

But, make no mistake.  The rules published by Hamas simply say the quiet part out loud.  They expose the corrupt relationship that already exists between news organizations and the terrorist organization that governs Gaza.  The news organizations get to operate there and report the heartbreak and carnage that occurs when Israel attacks.  In return, the journalists don’t report the violence and repression that Hamas imposes on the territory or the corruption that keeps the leadership safe and leaves the rest of the population unprotected.  When Hamas initiates hostilities with Israel, they don’t report the harm being done to the people of Gaza by the armed gangs that control their lives.

When Russia announced restrictions on how journalists could report on their war against Ukraine, the western media withdrew their people from Russia in order to be free to report fairly on the conflict.  It is a shame that they are not similarly scrupulous in their reporting on the conflict between Gaza and Israel.

Some of the information used in this article comes from this article published by the Jewish News Syndicate:  How many Gazans were killed by Hamas rockets in May? (jns.org)

About the Author
David Roytenberg is a Canadian living in Ottawa, Canada, with a lifelong interest in Israel and Zionism. He spent 9 months in Israel in 1974-75 on Kibbutz Kfar Glickson and is a frequent visitor to friends and family in Israel. He is married and the father of two sons. David is Secretary of MERCAZ Canada and the chair of Adult Education for Kehillat Beth Israel in Ottawa. He wrote monthly about Israel and Zionism for the Canadian Jewish News from 2017 to 2020.
Related Topics
Related Posts