The Blogs
Evan Tucker
Apply for a Blog
Advertisement
Please note that the posts on The Blogs are contributed by third parties. The opinions, facts and any media content in them are presented solely by the authors, and neither The Times of Israel nor its partners assume any responsibility for them. Please contact us in case of abuse. In case of abuse,
Report this post. 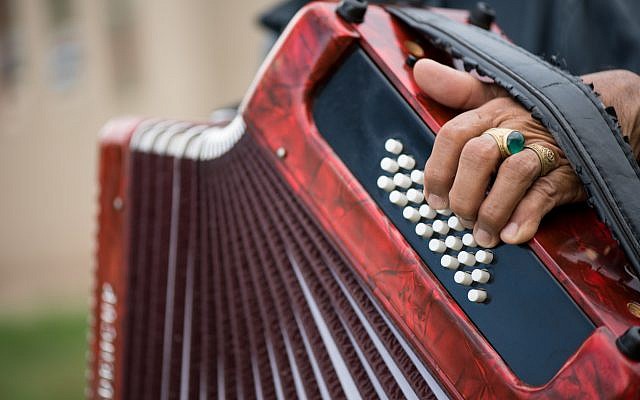 I hate Jewish music. I hate choral music. They completely deserve each other, and yet the twain never doth meet.

Jewish Music: You can only understand the importance of Judaism to 20th century music of all stripes when you realize that this is a culture that engorged itself upon music as though they’d just discovered it. It’s not that there is no music in the Jewish tradition, obviously that’s not true; but whatever the Jewish musical tradition was in the shtetl or even in Northern Africa, it clearly wasn’t all that impressive by the standards of other folk traditions: the Romani, the Arabs, the Slavs, the Spaniards — in many ways, we were more literary than all of those other traditions, and yet no Jew thought to come up with a system of notation more complex than Torah trope to preserve them. Even after the Haskalah, few Jewish intellectuals thought Jewish music important enough to preserve either through notation or later by recording. Compared to the early-20th century recordings of other European traditions, the amount of klezmer recordings we have are so tiny it’s almost shocking. It fits on a couple CD’s.

Being a kid who grew up in Jewish day schools means so many memories of bad music, and all of those musical atrocities perpetrated in the name of making learning fun: being lined up like kosher chickens in matching school shirts for fund-raisers to sing Naomi Shemer, having to sit quietly through an endless litany of Purim spiel and bar mitzvah song parodies, going to synagogues where the chazzan can’t carry a tune anymore, and music classes with a part-time music teacher who never sits down, whose guitar never leaves her strap, who isn’t satisfied until we all sing Debbie Friedman with as much enthusiasm as she has, and walks eight inches in front of you every time you stop singing with complete commitment. Every Israeli rock megahit gets played on loop in Hebrew classes to give some poor Israeli Morah time between her inevitable meltdowns because her husband moved here for a prestigious research job while she’s stuck teaching spoiled American khutzpans who neither understand the agonies of having family at war nor the ecstasies of Arik Einstein and Kaveret, she hasn’t had a decent piece of pita in three years and she’s wondering how so many so many students and parents are clearly idiots in a school populated completely by a race supposedly known for its intellectual prowess.

The guilt she feels at this heterodoxical conundrum occurring to her is particularly acute because this kind of boring grunt work is precisely where we’re supposed to excel all other nations. No nation could possibly be more shaken by the idea that learning must be made fun than in Judaism. Two-thousand years of intellectual basic training — from writing the first letters at your Upshirin to eventual rote memorizing of entire tractates of the Talmud, the Jewish way has always been that there is no intellectual short cut. All through Heder, Yeshiva, all through Plugtas and Pulmus and Nitzuas, you do your own legwork, and if you feel the need to defy your authorities, you have to cite your precedents chapter and verse, because if you don’t, or if you can’t site them correctly and quickly, a dozen people are able to instantly correct you.

So therefore, in traditional normative Judaism, the arts are so clearly an afterthought to the humanities. We are by nature a literary people, a philosophical one, a legalistic, critical one, obsessed by ethical systems and the transcendental speculations of our imaginations, so until quite recently, we did not give voice to our most substantial musings through the arts. Our world is spiritual, and historically we’ve recoiled from anything with even a whiff of sensuality — the Hasmoneans (Maccabees) fought the Sellucids (Antiochus) over just such issues.

We are not a musical people, an artistic people, and we’re only a theatrical people in the way we madly gesticulate while bickering to each other. Other, more popular, religions inspired their faithful through didactic works of art, teaching about the many miracles of Jesus not by literacy, but through millennia of glorious artwork and music which showed them a spiritual which they could not conjure without the help of their ecclesiastical overlords. Whereas our people ‘merely’ taught everybody to read and interpret the laws for themselves.

Ours is obviously a history with glorious achievements, but part of the reason we’ve been so maltreated is that our historical worldview is so different from all other Western cultural histories. While Jews shuckled back and forth in small shtibls, their eyes never glancing up from the holy letters on the page except to mumble prayers and dance clumsily with our Yeshiva bocher inflections, every Catholic got to bow down in churches with statuary that resembled the most splendid pagan temples, while every Muslim looked to the ceiling at mathematical patterns so intricate that they surely must resemble the infinite and omnipresent Allah. Until the 20th century, he representations and renderings of Jewish imagination that resound in the history of art are all by Christians: Michelangelo, Caravaggio, Tintoretto, Gentileschi, Rembrandt, Handel, Haydn, Mendelssohn, even Lew and Carol Wallace (authors of Ben-Hur…). We gave the Western world its entire spiritual foundation and half the foundation of its philosophy, and until well into the Haskalah, that was enough for us. Music, art, and fiction were an enjoyable distraction at best, and at worst, redolent of idolworship. Klezmorim were treated like the scum of the shtetl, barely making enough money to pay for their travel from shtetl to shtetl to play a wedding.

Until recently, real Jewish music could only be secular. It truly begins with Felix Mendelssohn, trails on with semi-remembered/forgotten names like Giacomo Meyerbeer, Fremontal Halevy, Charles Valentin Alkan, Anton Rubinstein, and Karl Goldmark until it reaches its Old Europe summit with Gustav Mahler. It continues then along a gloriously mountainous trail with Paul Dukas, Leopold Godowsky, Alexander von Zemlinsky, Arnold Schoenberg, Fritz Kreisler, Franz Schrecker, Ernest Bloch, Egon Wellesz, Darius Milhaud, Erich Korngold, Jaromir Weinberger, Gerald Finzi, and Ernst Toch, until it then reaches a fork; on one side the purely classical names that gradually disappear into the valley of the shadow of death that was our great apocalypse: Gyorgy Ligeti and Gyorgy Kurtag eventually got to the west, while the great and still vastly underheard Mieczyslaw Weinberg and Alfred Schnittke survived for decades in the Soviet Union, but not so lucky are those unfinished peaks of all the mysteriously great Czech composers who died in Terezin: Erwin Schulhoff, Pavel Haas, Viktor Ullmann, Gideon Klein, Hans Krasa… and all the thousands of potential great and unknown Jewish musicians who died with them — not just in the Shoah, but in the surrounding wars.

On the other hand, Jewish music reaches another peak when classical music becomes fully suffused with the oxygen of popular music in George Gershwin and Kurt Weill, the mountain range continues to Hans Eisler, Aaron Copland and Leonard Bernstein — and then it turns from classical to popular, and on the other side of the American mountain, we get a second tradition in Irving Berlin, Ira Gershwin, Lorenz Hart, Oscar Hammerstein, Jule Styne, Harold Arlen, Lerner &amp; Lowe, and eventually we arrive at perhaps the highest peak of all Jewish music: Stephen Sondheim. After mountainous instrumental subregions of jazz in Benny Goodman, Stan Getz, Mel Torme, Buddy Rich, and Artie Shaw, we find other, just as glorious peaks in Bob Dylan, Leonard Cohen, Randy Newman, and then it begins to trail off with the lesser but still impressive peaks of Donald Fagan, Paul Simon, Carole King, Lou Reed, Phillip Glass, Steve Reich, John Zorn, until we hit a veritable Death Valley (or Dead Sea) with Barbara Streisand, Barry Manilow, Gene Simmons, Carly Simon, Michael Bolton… and the absolute nadir: Billy f-cking Joel… who hasn’t written a new song in over 25 years, and whose fame and fortune is so far past what even his best songs deserve. His career is a perfect metaphor for how modern Judaism was ruined by a success it didn’t really deserve. Like Billy Joel, we’ve become a bit of a pathetic spectacle, coasting on past achievements, reliving supposed glory days from the late 20th century that were never all that glorious.

There have been occasional mountains again: Joey Ramone, Regina Spektor, even Drake, but as Jews have become more assimilated, more comfortable, and please let’s face it, just plain duller, Jewish music seems to have become as dead as it once was the living infusion which sprang American music to life.

All this great music is Jewish because, for the most part, there is so little that’s Jewish about it — it is only Jewish in its near-complete absence of Jewish content — indeed, in many cases of truly religious content of any type. Many of these now historical names were not even fully Jewish by birth, they were only “Jewish enough for Hitler.” And yet even those who grew up Jewishly among Jews, these creative musicians threw themselves into their culture of adoption as only a people who were unsure they were part of their culture ever could — ‘We are Americans!’ all this music seems to exclaim with all the manic desperation to belong that only an outsider can summon, just as a Mahler or Mendelssohn could once exclaim ‘We are Germans!’ ‘We are Austrians!’ ‘We are not Jews!’ What makes the music sound Jewish is its chameleon character, its ability to be anything at all. Mahler and Leonard Cohen would sometimes nods in their music to the Judaism of their rather typical Jewish childhoods, while Ernest Bloch and John Zorn would write music that was supposedly about Jewish themes which often sounded as though they knew nothing about being Jewish at all.

But Jewish music that is truly art is almost anathema to the tradition of art. How does one render essential mystical concepts in Judaism like the “Ein Sof” or “Deveykus”? Is it even possible to summon aural equivalents in sound that can make you even call their associations to mind?

About the Author
Evan Tucker, alias A C Charlap, is a writer and musician residing in Baltimore. He is currently composing music for all 150 Biblical Tehillim. A Jewish Music Apollo Project - because "They have Messiah, we have I Have a Little Dreidel." He is currently on #17. https://evantucker.bandcamp.com/ Evan also has a podcast called 'It's Not Even Past - A History of the Distant Present' which is a way of relating current events to history and history to current events. https://www.podomatic.com/podcasts/itsnotevenpast Most importantly, he is also currently working on a podcast called Tales from the Old New Land, fictional stories from the whole of Jewish History. The podcast is currently being retooled, but it will return.
Related Topics
Related Posts
Comments