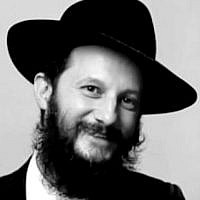 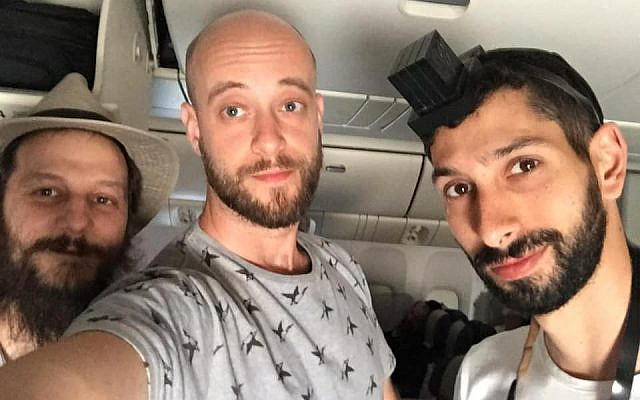 This week, legislation was proposed in the Israeli government that would land someone like me in jail for six months! A Knesset member suggested that anyone offering other Jews the opportunity to put on tefillin should be imprisoned. Can you imagine?

At the same time that I received this shocking piece of information, I heard the most inspiring story from someone who put on tefillin with me a few years back. Surely it was Divinely ordained that I came into these two vastly different takes at exactly the same time…

Five years ago, in June 2016, I traveled to Israel with my family. I carry a pair of tefillin with me at all times, and during the 10-hour flight I took advantage of the opportunity to circulate the plane and offer my fellow passengers a chance to put on tefillin and pray. I remember it well. I had a few customers, including two very willing Israelis with whom I took a selfie.

Even though I’ve done this thousands of times, and know without a shadow of doubt that it’s a huge mitzvah because I’m helping a fellow Jew connect with G-d in a most powerful and intimate way, I rarely get to witness the impact of my actions.

But this Sunday, that changed. I was sitting at home, scrolling through Facebook, when I received a notification that I had been tagged in a post by Yossef Brauman — a name I did not recognize.

“In 2016, I traveled from Israel to New York with my friend Elad to attend a wedding. Our trip was entirely devoid of spirituality. We were both very removed from anything religious and had basically lost hope in humanity.

“Just then, a chabadnik got up and asked us to put on tefillin in the middle of the flight. We never imagined we, two secular Jews, would be so excited by this offer! We had no clue how to do it, but the chabadnik showed us step by step. Our souls must have been craving spiritual nourishment because we absolutely loved the experience.

“After feeling so low and removed from spirituality during our time in New York, something clicked on that plane at that moment. The experience lit a fire in our souls…

“Does anyone know who the chabadnik in the picture is? I’d love to connect with him and fill him in on the last five years of our lives.”

Someone recognized me in the picture and tagged me. We connected and began a conversation. I even pulled up my copy of that selfie and sent it to him.

Yossef explained that when he and Elad returned to Israel, they began listening to Rabbi Manis Friedman’s classes on Youtube. Then they began attending Rabbi Adi Elefant’s Torah classes, which are very popular, and have become even more so during covid.

Now both Yossef and Elad study Torah every day, keep Shabbat and kosher, put on tefillin daily, and even teach a Tanya class of their own! They also spend time reaching out to fellow Jews inspiring them to do mitzvot. Check out their Facebook page filled with Torah and you see two deeply devout Jews wearing kippahs and tzitzit.

I was blown away. This is the power of one mitzvah. Putting on tefillin that one time on the plane ignited their souls and just look how far it propelled them! I feel privileged to have played a small part in their journey, and grateful to have had the opportunity to find out how far our encounter took them.

Never underestimate the power of a single mitzvah!

According to the new law being proposed in Israel, a similar encounter could land me in prison for six months! But I would gladly sit in prison for the rest of my life for the merit of inspiring my fellow Jews like Yossef and Elad.

Next week is the Lubavitcher Rebbe’s 27th yahrzeit. I cannot think of a better gift to give the Rebbe than to tell him that so many Jews have been putting on tefillin!