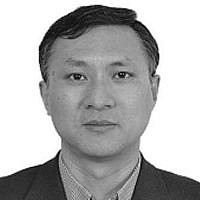 The Blogs
Wang Yongjun
Apply for a Blog
Please note that the posts on The Blogs are contributed by third parties. The opinions, facts and any media content in them are presented solely by the authors, and neither The Times of Israel nor its partners assume any responsibility for them. Please contact us in case of abuse. In case of abuse,
Report this post.

It has become a political weapon. The accusation that the Chinese government delayed the world’s ability to cope with COVID-19 is being poured onto the internet by politicians and political pundits with selective facts and misleading op-eds. However, their political agenda and scientific ignorance are more illuminating than their analyses. I would like to offer some rebuttals and to set the record straight.

It is easy to be wise after the events. The assumption that everything could have been handled easily plays down the severity of the virus and trivializes the sacrifices around the world. The COVID-19 is a new virus that has never been seen in human history. The process of learning and coping with it was a painful one. China was the first to rise against the virus, and we made tremendous efforts at a very high cost. Here is the full timeline:

On December 27, 2019, three days before Dr. Ai Feng (who is still active in her job in Wuhan and on Weibo, China’s social media platform) and the late Dr. Li Wenliang shared the message, Dr. Zhang Jixian, director of the Department of Respiratory and Critical Care at Hubei Hospital of Integrated Traditional Chinese and Western Medicine, reported the FIRST three suspected cases and sounded the alarm.

Two days later, on December 29, Hubei and Wuhan carried out the epidemiological investigation. In one day, on December 30, Wuhan issued an “urgent notice on the treatment of pneumonia of unknown cause,” and a team of experts from the National Health Commission arrived in Wuhan on December 31.

On January 3, 2020, China started to send timely updates to the World Health Organization and to other countries, including the United States. On January 11, the Chinese CDC uploaded five whole genome sequences of the COVID-19 and shared data with the world and WHO.

On January 23, Wuhan was put under lockdown.

By taking decisive and unprecedented measures, the Chinese government tried its best to protect the life and health of the people and bought precious time to stem the spread of the virus in the country and around the world. China’s scientists have also won international praise for hitting several key milestones in understanding this novel, fast-moving virus.

The leading academic journal Science published a report of an international study led by Northeastern University in Boston, finding “a 77% reduction in cases imported from Mainland China to other countries as a result of the Wuhan travel ban in early February.” And Richard Horton, editor-in-chief of The Lancet, said of Chinese scientists that “their rapid and rigorous work was an urgent warning to the world. We owe those scientists enormous thanks.”

Now, the whole world is fighting against COVID-19. In China there are people struggling in serious conditions, and new cases are being reported. But we know how to treat them much better than before, and we are contributing to international efforts to combat this virus.

No matter how hard the truth may be to some, this fight is between all humankind and the virus. It is already very clear that no country will emerge safely until all countries achieve success in defeating the virus. The most important human right we need to protect is the right to exist. Instead of blaming China, we need to double down on our cooperation efforts and to focus our energies on saving more lives.