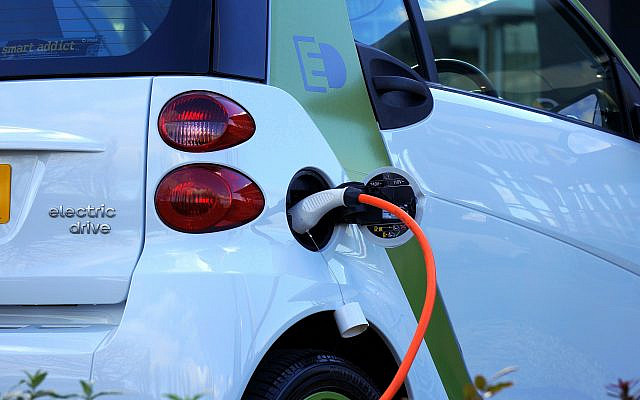 How Much Does China Charge for a Charge? (Free for Use Photo by Mike from Pexels)

I have just read a depressing book that details the failures of the West, and the United States in particular, against the rising successes of China. As I reserve the right to depress my readers all by myself, I will not name the book here. But let us imagine how tomorrow’s world is going to look if we don’t pull ourselves up by the bootstraps of our Made in China boots.

For a start, this blog would have to be written in Chinese. Of course, “Chinese” does not help very much as China has several hundred languages apart from the predominant Mandarin-based Standard Chinese.

One major problem, that we rarely hear about, is China’s dominance in the supply of rare earths. Some 80 percent of the rare earths used in the US come from China. The rest are to be found in Estonia, Japan and Malaysia. There are some rare earth mines in America but the refinement process is too polluting for America’s clean and green tastes and so it ships its ore to China where there is less concern for the planet’s wellbeing, or for that matter, its inhabitants.

These rare earths are of vital importance to any modern society. They are used in everything from defence — ballistic missiles, drones and fighter jets, to energy — wind turbines have many tons of rare earths in their giant magnets.

You are probably using some now as they are found in many hi-tech devices, such as smartphones, digital cameras, flat-screen televisions, and computer monitors and hard disks.

And rare earths are used in the electric motors that power the increasingly popular electric cars.

But China controls the rare earth market and can cut off the supply any time it sees fit. We know that China has been looking at how badly defense contractors in both the U.S. and Europe would be affected if China reduced supplies or stopped them completely.

Rare earth could play an important part in the ongoing trade wars between China and the U.S. For more than a month in 2010, Japan suffered when China stopped its rare earth exports in retaliation for Japan’s detention of a Chinese fishing boat captain.

For some 15 years, ending in 2015, China limited its rare-earth exports, claiming a need to cut pollution and conserve supplies. Only after the World Trade Organization intervened, with its decision that these limits violated trade rules, did China relent.

Buy an electric car, we are constantly being told, save the planet. The UK government has gone as far as declaring its intention of banning the sale of combustion engine cars by 2030. Of course, this will not affect British car manufacturers. Once the envy of the world, there are only three fully British-owned car manufacturers left and they produce high-end luxury cars for the few, not the many.

But in reality, this is just to make the West even more dependent on China.

China’s Contemporary Amperex Technology (CATL), is the world’s largest battery manufacturer for electric cars. The company was helped by Beijing’s policy of only subsidizing vehicles equipped with Chinese batteries. As part of China’s plan for world domination, CATL, is building its first overseas plant in Germany and is considering a U.S. factory.

And despite my opening remark, for the few readers who have bothered to read this to the end, I will name the book that prompted this blog:

Make Enterprise Great Again: The Gods Must be Crazy
by E.P.M. Mavericks