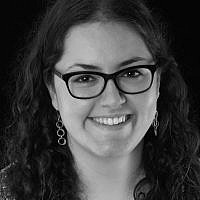 The Blogs
Michali Belovski
Apply for a Blog
Please note that the posts on The Blogs are contributed by third parties. The opinions, facts and any media content in them are presented solely by the authors, and neither The Times of Israel nor its partners assume any responsibility for them. Please contact us in case of abuse. In case of abuse,
Report this post.

This week I am at National Union of Students (NUS) National Conference, representing City, University of London Student Union (CULSU)’s students, as I’m sure my Twitter followers have realised by now.

When I decided to run to be a delegate back in October and ever since, people, my parents and friends included, have been telling me that although I am doing a good thing representing students, I’m also brave, because NUS is not a comfortable place for Jews.

I’m not ashamed to say that despite very good arguments to the contrary, at UJS conference back in December, I voted for UJS to suspend their working relationship with NUS.

Understandably, I was nervous when I arrived in Brighton.

In fact, I was so nervous that I was seriously considering removing the necklace I have worn constantly for about three years – a map of Israel.

I was worried about being obviously Jewish because of the anti-Semitic incidents that have occurred at NUS Conference in the past, and the anti-Semitic rhetoric spewed by many delegates and elected officers.

I decided that it was wrong to hide something that is such a huge part of my identity, and I’m very glad that I made that decision.

I wish the only thing I had to think about when making decisions on motions and elections was CULSU’s students, because then my job here would be so much easier.

However, as a Jewish student, I also feel a responsibility to represent the 8,500 Jewish students in the UK, as there are so many issues that affect them daily.

The standard rhetoric is that if the few Jewish delegates on conference floor don’t represent Jewish students, no one will.

I think that it’s incredibly sad that we have to think like this – we should all be against extremism and racism and for positive campaigning and improvement to student life.

I’m very pleased to say that my experience thus far has been a positive one.

Despite dire predictions to the contrary, no one has said anything to me personally that made me feel uncomfortable, no one has started a conversation about my necklace or my religion and I’ve even seen that often people who are campaigning for opposing candidates can get along and have a normal conversation about where the cloakroom is without arguing.

However, there are two things in particular that stand out as having made my experience positive.

The first is Conference electing several amazing officers that will really improve the lives of students on campus, including Jewish students.

Last year, Conference elected Malia Bouattia as President, despite her refusing to recognise concerns raised by many Jewish students over anti-Semitic comments she had made.

During the year, the Institutional Racism report deemed that remarks she had made could reasonably be construed as anti-Semitic, yet she still didn’t apologise. In her re-election campaign speech this morning, Malia made no reference to fighting anti-Semitism and when answering her accountability questions yesterday, she looked extremely uncomfortable and didn’t really answer the question on anti-Semitism properly.

Shakira has shown that she does not believe in division politics and that she will engage positively with Jewish students and most importantly, that she genuinely cares about each and every student that she now represents.

But Shakira winning was only the start of a good day. Next came the incredible opportunity to hear from Izzy Lenga as candidate for VP Welfare.

She had some amazing policies on housing, mental health and interfaith activities.

But for me the most inspiring thing was to see her standing up on the stage saying, “I’m a proud Jewish woman who campaigns and wins on finance and housing and health and equality.”

First of all, for Izzy to feel able to say that she is Jewish on a stage in front of a potentially hostile crowd was brave and inspiring. Secondly, she showed the conference that we as Jews do not only care about Jewish-specific issues, we can campaign (and win) on issues that affect all students, whilst still being proud to be Jewish.

Izzy is right, “we have to stop silencing the voices of Jewish students,” on both Jewish-specific and other issues. We have the right to the same voice as everyone else. And since Izzy won her election, we now have a Jewish voice on all issues on the presidential team.

We also had the opportunity to re-elect Robbie Young for VP Societies and Citizenship.

Amongst a senior leadership team who mostly, to make an understatement, are not the best friends of Jewish students, Robbie time and time again showed not only his willingness to engage with Jewish students, but a desire to make NUS a better place for us.

This year Robbie published a report about Jewish students’ experiences on campus based on a survey publicised by NUS, UJS and Jsocs.

The report showed how much more NUS can do to ensure campus is a good place for Jewish students, and I know Robbie will, in his newly re-elected position, continue to help SUs make the improvements they need to.

The other huge thing that happened was the debate and ultimate passing of Motion 412, It’s Time to Combat Anti-Semitism, without the amendment.

This motion called for NUS to adopt the International Holocaust Remembrance Alliance’s definition of anti-Semitism, which has been accepted by all major Jewish organisations, the British government and most importantly to Jewish students, passed democratically at UJS conference.

When some students tried to say the definition is not representative of Jewish students, UJS’s President-elect, Josh Holt (who is also a delegate from Nottingham University) spoke passionately, saying that he had been democratically elected as the representative of Jewish students in the UK, and that we had democratically accepted this definition of anti-Semitism.

Conference decided to respect Jewish students’ autonomy and our right to define our own oppression, and voted to accept the definition.

The message I got from sitting on conference floor for the last two days is that the student movement sees the urgent need for change.

We have elected candidates who will not only take into account the needs and feelings of ALL students, but they will actively seek to engage with students, find out what they need and deliver.

We have allowed Jewish students to define what we feel is anti-Semitism, which is the first and most important step in saying “Jews, just like everyone else, are welcome here.” 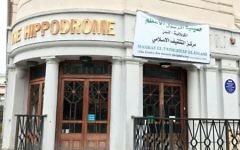