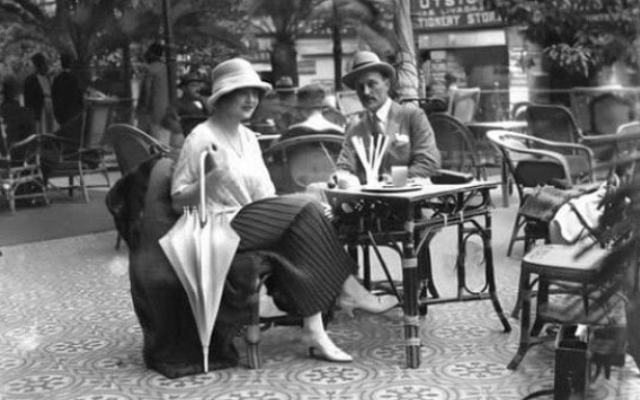 At the Shepheard hotel, Cairo, in 1923 (via Samir Mahfouz, Egyptian Jews Facebook)

In 1956, a famous hit song of the time was ‘Que será será.’ The song is indelibly associated with the Suez crisis in one 14-year old Jewish girl’s memory.  It may have been a footnote in most history books, but the  crisis of 1956 turned Viviane Bowell’s life upside down.

Viviane was a shy and awkward teenager, cocooned from the outside world by her parents. She only spoke French and Arabic. Within a month of the Franco-British-Israeli attack on the Suez Canal,  the family was forced to leave their native Cairo. Jews of British and French nationality were punished as  ‘collateral damage’ in politics. Viviane’s mother was British, and it soon appeared that any Jew (Viviane’s father was stateless) was fair game for expulsion. Viviane’s parents signed a ‘voluntary’ paper ‘donating’ their property to the Egyptian state. They left with a 20 kg – suitcase and 20 Egyptian pounds in their pockets while their tearful servants bid them goodbye.

From a warm, dusty and bustling metropolis they were catapulted in the bleak British midwinter into a Gloucestershire hostel serving pork sausages and boiled cabbage. Resettled  in London,  her parents never spoke about Egypt, yet only socialised with other Egyptian Jews.

It was during the coronavirus lockdown that Viviane decided to set down what she remembered of Egypt. The manuscript was originally intended for her grandson but then became a popular self-published memoir.

There has been an explosion of memoirs by Jews from Egypt, mostly middle class Jews  displaced by the Suez crisis. Viviane Bowell appears to have read most of them. She conjures up a rich picture of the Cairo of her youth, the fellucas on the Nile, the grand avenues, the department stores, the famous tea room Groppi, where her parents met for the first time, the languid summers on the beach in Alexandria. She includes some important historical context, as well as interesting diversions into superstitions and the popular songs and films of the time.

Viviane’s family on her father’s side, the Chouchans,  was Ladino-speaking Sephardi, originally from Toledo via Istanbul. Her mother’s family, the Gubbays, were Arabic-speakers from Aleppo in Syria. They typified the Jews of Egypt, drawn from disparate corners of the Ottoman empire, most relatively recent arrivals attracted by the opening of the Suez canal in 1869. But the Jews lived in Egypt, says Viviane,  ‘like a grafted limb’ – of Egypt, yet  apart from it.

In charting the gathering storm leading up to her uprooting Viviane dwells on the events of 25 January 1952. The Free Officers’ Revolution does not figure largely in Jewish memoirs  – but it was a seminal moment. It began as a reaction to 40 policemen killed by the British. Viviane watched from her apartment balcony as a furious crowd  swept down her street,  setting  fire to large sections of Cairo –  including Groppi, the Cicurel and Orosdi Bak department stores, Barclays Bank, cinemas, cafes, banks, and the Shepheard Hotel – where British officers used to sip their gin slings. The red tarboush worn by effendi (gentlemen) was abolished overnight and substantial sectors of the economy nationalised. Five thousand Jews left between 1952 and 1956. But Viviane’s family would not have left had they not have been forced to.

Unlike many other memoirs, Viviane’s delves into the psychological effects of uprooting on her later life. ‘From Egypt with love’ tries to make sense of how her ambivalent relationship with her parents impacted on her. In many ways she was a repressed feminist.  Her failure to break free of traditional ties resulted in a  succession of wrong decisions, missed opportunities,  a broken marriage and a nervous breakdown.

Visiting Cairo 40 years later, Viviane hardly recognises her home city, yet acknowledges that ‘the past defines us and makes us who we are today.’ Her story is that of 850,000 Jews driven from Arab countries. There is an irrepressible optimism about the book. The refugees were survivors, not victims. ‘A calamity is only a calamity when your response to it is to accept victimhood,’ she writes.  Although her family lived in a social bubble,  her heart still belongs in Egypt. In this thoughtful, deeply personal  and well-researched memoir,  there is no trace of bitterness,  just an acceptance, and a certain cheerful fatalism: ‘Que será será’.

To Egypt with love : memories of a bygone age by Viviane Bowell (2021) 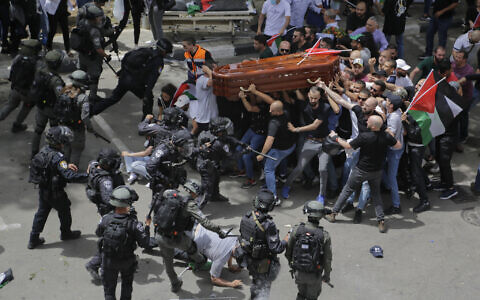 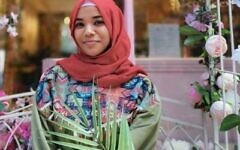 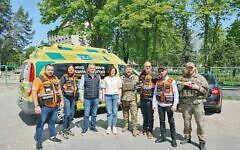 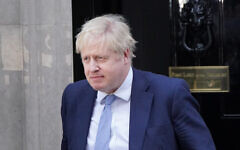 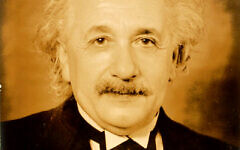