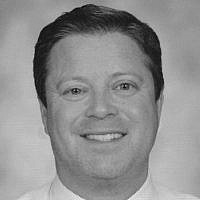 The Blogs
Avi Spodek
Apply for a Blog
Advertisement
Please note that the posts on The Blogs are contributed by third parties. The opinions, facts and any media content in them are presented solely by the authors, and neither The Times of Israel nor its partners assume any responsibility for them. Please contact us in case of abuse. In case of abuse,
Report this post.

As many Americans sit down to enjoy a Thanksgiving dinner, Native Americans will be gathering at the Plymouth rock historic site to commemorate a National Day of Mourning.

They have been doing so since 1970, in protest of a holiday that they see as whitewashing the full history of colonization and the reality that it included genocide, the theft of land, discrimination, and oppression. For Native people, Thanksgiving is a time to acknowledge and protest the racism and oppression which they continue to experience today.

Their efforts have led to some changes in American society, perhaps most notably when the NFL’s football team from Washington (D.C.) changed their team name to “Commanders” from “Redskins,” following years of pressure from Native groups, which claimed that Indian mascots and logos “perpetuate racism and bigotry.”

There is no doubt that the term “Redskin” or “Red” is considered racist in today’s society, but was this case back at Plymouth rock? Did those “White” Europeans employ the term literally to classify the Natives’ by the color of their skin, based on a worldview that saw color in everyone and believed “White” to be the best?

While there is no conclusive historical record that indicates the origins of the term “Red” in describing Native Americans, the idea that the term was racially motivated would be a historical anachronism, as racism as an ideology did not yet exist in the world.

Which leaves us with the question: when was this term originally employed and how did it help guide interactions with the  Native people?

Let’s begin with the fact that the actual worldview of the Pilgrims was based in the Bible. For them, the journey to the New World paralleled the Israelite Exodus from Egypt. Perhaps this was what influenced the Pilgrims at Plymouth in their attempt to understand the nature/origin of the Native American. In confronting these people and consulting verses from this week’s Torah portion – Toldot – they read about the birth of the twins, Jacob and Esau.

They, of course, were Jacob, and these people whom they encountered were “hunters; men of the field” (Gen 25:27) skilled at using a “quiver and bow” (Gen 27:3) and who covered “the hairless part of his neck with the skins” (Gen 27:16) of the animals they had hunted. This was all true of Esau, who was nicknamed “the red one” on account of his appearance at birth “red, like a hairy mantle all over” (Gen 25:25).

In creating this association, the Native people were transformed from “savages” to “cousins,” and the “Red Ones” no longer needed to be feared as adversaries but could be invited as guests to Plymouth for an autumn harvest feast.

Yes, the attitude of Pilgrims to Native Americans would not be any less troubling in today’s society. And, no, I am not claiming that the term “Redskin” is not racist. However, by recognizing the true “Judeo-Christian values” of the early Pilgrims, we can, as a society, see a path toward reconciliation with Native Americans.  For if we continue to read the Biblical narrative we discover how Jacob, who has “stolen” from Esau, ultimately made efforts to reconcile with his brother. And if we go even further, we note how the Israelites were forbidden from attacking the Esau’s descendants when entering the Land of Canaan/Israel.

So as you sit down to your Thanksgiving Dinner this evening, don’t forget that harvest feast at Plymouth rock and the plight of Native Americans in this country. Instead think of ways that you can work toward reconciliation and make this country a more moral and ethical one.

About the Author
Rabbi Avi Spodek is a lifelong learner and a veteran educator. He is a mushmach of Rav Zalman Nechemiah Goldberg zt’l and Rav Daniel Landes shlit’a. He lives in Baltimore, MD with his wife and three children.
Related Topics
Related Posts