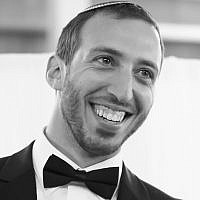 Let’s first take a look at who that messenger is:

Now, let’s move past the messenger and get to the meat.

The most infuriating part of Ban Ki-moon’s op-ed is that while he gives lip service in saying that Palestinian attacks and incitement to violence are reprehensible, he doesn’t actually call upon Palestinians or the Palestinian leadership to do anything about it!

Instead of highlighting Palestinian responsibility – for incitement, for hate, for violence, for intransigence, for terrorism – he embarks on a long diatribe against Israel and then chooses to say only the following:

“For their part, Palestinians must make political compromises to bring Gaza and the West Bank under a single, democratic…” blah blah blah.

Seriously? That’s the biggest thing they need to take responsibility for?

Then, in the last sentence, the coda of his whole piece, he concludes: “Keeping another people under indefinite occupation undermines the security and future of both Israelis and Palestinians.”

Wow. I mean, it’s true that the status quo isn’t sustainable, and that even in its own interest, Israel should stop expanding settlements in areas it thinks will be part of a future Palestinian state (I’ve written about this myself). And it’s also true that security measures alone won’t stop the violence.

But is that really the cause of the Israeli-Palestinian conflict? No.

Simply pulling out of the West Bank won’t stop the violence either:

Why is it that Arab-Israelis, and not just occupied Palestinians, are stabbing Jews? Why is it that Jews who live all over Israel are brutally murdered, and not just Jews who live in the West Bank? Why is it that after Israel unilaterally withdrew from Gaza in 2005, and after the strip received more international aid per capita than any other place in the world, the population elected terrorists to represent them and now lives in squalor? Why is it that nobody takes seriously the pronouncements of Palestinian leaders that all of Israel will be destroyed, or sees through their (very related) demands that millions of Palestinians be relocated into Israel proper, as opposed to permanently settled in the West Bank? Why have they rejected every single peace deal since the peace process started, including ones that US presidents believed were fair and equitable?

I’ll never understand why Palestinians are treated like puppets on the world stage, who never have to take responsibility for their actions, who are stripped of their agency, who seem to only react to circumstances beyond their control but never, heaven forbid, create them.

Does Ban Ki-moon know that the Palestinian Authority actually pays people in jail who have committed what they call “acts of resistance”? This isn’t symbolic, either. This is real money, in many cases higher than the average monthly wage in the West Bank.

Think about that for a second. If a Palestinian murders a fellow Palestinian, nothing happens (maybe he goes to jail). But if he murders a Jew, he gets a big fat check every month from the PLO! This is the definition of sponsoring terrorism. Why isn’t this the subject of Ban Ki-moon’s op-ed, or any UN resolution?