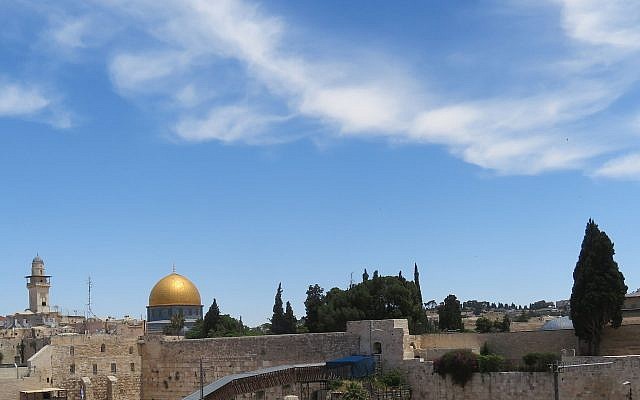 I was born in the Jewish Quarter of the Old City of Jerusalem, under Jordanian occupation. In June 1966, the Jordanian government decided to evacuate 500 Palestinian families, including my family, from the Jewish quarter and to relocate them to Shuafat Refugee Camp, with no clear reason given.

On June 4, 1967, I traveled from the Shuafat Refugee Camp to the Old City of Jerusalem to visit my aunt. The following day, the Six-Day War begun, and I was 9 years old and stuck at my aunt’s house. I heard shooting and asked my aunt, “What is going on?” She said that it is a war between the Arabs and the Jews. I said, “What is a Jew? Are they human beings like us?” She said, “No, they eat human beings”. I became very afraid.

Three days into the war, we heard in Arabic from the Israeli authorities via loudspeakers that anyone who wants food can go to a specific point. My aunt asked me if I wanted to go and bring food. I said, “no way, they will eat me”. She said that she would not send me alone but with the neighbors’ children.

So I went with the neighbors and I found Israeli soldiers distributing bread, tomatoes, and milk. I carried as much food as I could and went back to my aunt’s house. I learned then that the Israeli soldiers were not like the witch in the children’s tale of Hansel and Gretel, where they would fatten the kids before cooking them. I realized that my aunt had lied to me and that this was no fairy tale.

On the sixth and final day of the war, announcements were made by the Israelis via loudspeakers saying that anyone who wanted to go outdoors could safely do so. People could open their shops and travel. I told my aunt that I should get back to my family in Shuafat. I walked 7 kilometers back home through Wadi al Joz. On the way, I found dead bodies scattered. At one point, I saw an Israeli military car approaching, and I jumped into a house to hide. After the military car passed the house, I continued my walk to the camp.

At the entrance of the camp, I found my mother and father talking about going to the Old City to find me. It was a very emotional moment, after not seeing my parents for six days and not knowing what was happening.

Our life was difficult. We had no electricity, no running water, no television, no refrigerator, and not even a toilet. We used public toilets in the camp. My father was a tailor earning pennies, and we were eight people in our family, living in extreme poverty in one room.

In 1972, my father found a job at Hadassah Medical Center (an Israeli medical facility) as a cleaner. Ten years later, in 1982, my father became a very close friend to a Jewish professor at the hospital. That professor visited us in the refugee camp on Shabbat with his daughter.

Professor Isaac, as we called him, built the Sharett Institute of Oncology. He was able to find a job for my father in that new building. He sent my father for training for six months to Tel Aviv, to learn how to sterilize medical equipment. I remember one day, my father left the house in the morning in a tie and suit. I asked my mother if my father was travelling. She said, “No, he is going to work”. I said, “Why does he need a tie and a suit to clean?” She said that he now had a new position.

One day, I went to visit my father at Hadassah, and I saw him wearing a doctor’s robe in a room with huge machinery and instruments all around. On that day, I realized that we had to support Israel because Israel is the only country that gave us the chance and opportunity for a good life.

These days, I am very happy that I live in Jerusalem under Israeli administration. There is no doubt that Jerusalem is the capital of Israel, regardless of which embassies move there, but every country that moves its embassy to Jerusalem is sending an important message recognizing that Jerusalem rightfully belongs in Israel.

Note: Edited by and picture provided by Fred Maroun.