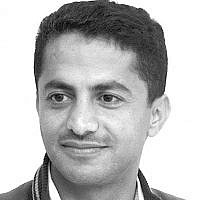 The Blogs
Ali Al-Bukhaiti
Apply for a Blog
Please note that the posts on The Blogs are contributed by third parties. The opinions, facts and any media content in them are presented solely by the authors, and neither The Times of Israel nor its partners assume any responsibility for them. Please contact us in case of abuse. In case of abuse,
Report this post. 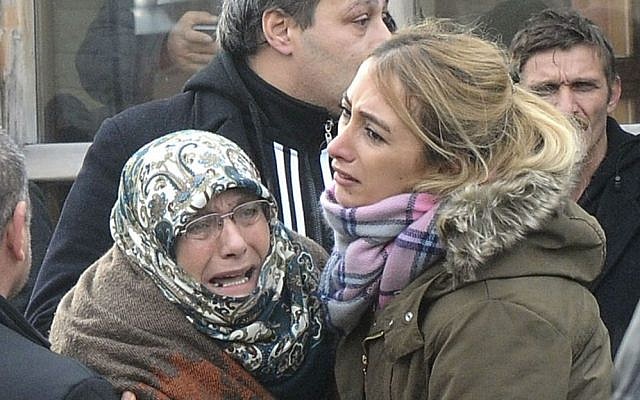 Family members of victims of an overnight terror attack at a nightclub, cry outside the Forensic Medical Center in Istanbul, Jan. 1, 2017. (Suleyman Kaya/DHA - Depo Photos via AP)

The number of terrorist attacks based on the fatwas of Muslim clerics has been growing and the circle of those targeted has expanded to include Muslims. Religiously sanctioned suicide attacks began in Palestine against Israeli Jewish civilians, under fatwas issued by prominent Muslim scholars including Sheikh Yusuf al-Qaradawi in Qatar, Muhammad Hussein Fadlallah in Lebanon and others, Sunni and Shia alike, on the premise that we Muslims are in a state of war with Israel.

The same pretext was applied to extend the range of such attacks to Western countries in Europe and the United States. The argument was the same, namely that these countries are in a state of war with the Muslims, whether directly, in Afghanistan, Iraq and Syria, or indirectly, through their support for the State of Israel. The epidemic then reached Muslim and Arab countries, with the targeting of minorities, such as Copts in Egypt, and others in Syria and Iraq.

The fight against terrorism requires a single, consistent standard that prohibits the targeting of civilians, wherever they are, and whatever their faith, be it Muslim, Christian, Jewish, any other religion and even atheists. Without such a common standard we won’t be able to convince anyone that targeting civilians is inherently cowardly and a crime against humanity. Those who issue fatwas that allow killing Israeli or American civilians are in fact issuing fatwas that allow killing all civilians, even those in the Muslim world.

It’s all the same logic. A killer will inevitably find a pretext or interpretation that allows him to apply the same religious reasoning anywhere on earth, and against any civilians, regardless of their faith or race. This is not hypothetical, it is borne out by the facts on the ground. The idea that permitted the targeting of Israeli civilians also permitted the targeting of religious minorities in Iraq, Syria and Egypt. And this same idea led to the targeting of Shiite Muslim civilians in Iraq, Saudi Arabia and the Zaydis in Yemen as infidels. Moreover, it is the same idea that frees a terrorist to strike even civilians of his own faith if need be when they are in the vicinity of those whom he consider to be infidels. Deviation generates more deviation.

Those who clap and cheer when a suicide bomber blows himself up on a bus carrying students in Tel Aviv, or at the World Trade Center in New York, or in a train station in London or in Paris, should not then cry when civilians in Mecca or in Sana’a or Cairo come under such attacks. The protection of civilian lives is an inviolable precept, regardless of geography, religion and political conflict. And if this precept is diluted or applied unevenly we will not be able to defeat terrorism. It will reach everywhere and will be visited upon everyone.

When it comes to the deliberate killing of civilians, there is no difference between Mecca, London, Berlin, Paris, Tel Aviv, Washington, Cairo, Islamabad, Sana’a and other cities in the world. Unless we apply a single standard for dealing with all civilians in the world, we will not succeed in combating terrorism.

Action against terrorism that targets civilians starts with a serious stand against every one of those who have issued and continue to issue fatwas for targeting any civilians anywhere. From now on, they must be deemed accountable unless they retract their fatwas; they must be off limits, their movements must be restricted, their media appearances prevented, the sale and circulation of their books banned, and any acts of support or financing for their charities — or even hosting them — criminalized. Furthermore, there must be strict laws stipulating that any fatwa or justification for targeting civilians anywhere – even inside Israel – shall be deemed a punishable offense. In addition, school books must be revised to excise fatwas and religious views that in any way justify the targeting of civilians.

Clarity, courage and transparency, along with the acknowledgment of past mistakes and the upholding of a single standard for everyone are the right way to begin countering the extremism that targets civilians. Without this we will remain caught in a vicious circle, and terrorism will be visited upon everyone.