India: I used to ask people if Texas was bigger than India, and a lot of them said that yes. Texas is way smaller than India.

As you can see, India is about 5x bigger than Texas. Just look at how small Texas is compared to India (map below). 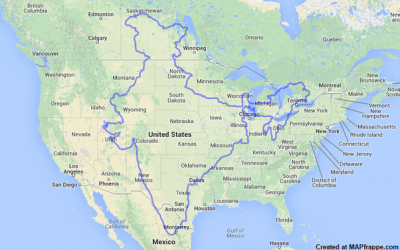 2nd is Brazil: A lot of people think that Brazil is just another country with one or two big cities. Brazil is huger than people think it is though. Here take a look.

Technically, Europe is bigger than Brazil, but by only 20%. That’s crazy because one country is almost as big as a whole continent!!! (map below) 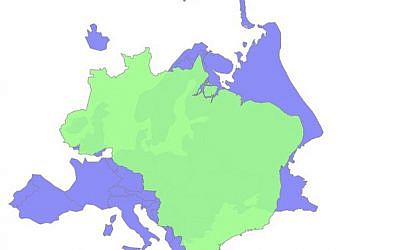 3rd is New Zealand is a tiny country to many people, but actually is huge. There’s a hidden part of New Zealand called Zelandia, and it’s  huge:

It’s covered by ocean water. Not many people know about this fact. Well, now you know!! 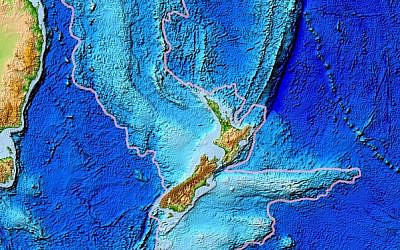 Zealandia is a long, narrow micro-continent that is mostly submerged in the South Pacific Ocean.

Zealandia is about half the size of Australia, but only 7 percent of it is above sea level. Most of that terrestrial land makes up the two large islands of the country of New Zealand, the North Island and the South Island. Stewart Island, just south of the South Island, and many smaller islets are also a part of Zealandia. New Caledonia, a collection of islands governed by France, makes up the northern tip of Zealandia.

Zealandia generally enjoys a mild, temperate climate. Its largest islands have glaciers, the largest being Tasman Glacier on the South Island. Activity from the last glacial period also carved out many fjords and valleys. The tropical climate of New Caledonia, on the other hand, has more in common with Oceania and the South Pacific.

Zealandia is a very tectonically active region. Part of the microcontinent is on the Australian plate, while the other part is on the Pacific plate.

The northern part of Zealandia is very volcanic. There are six major areas with active volcanoes, the largest being the Taupo Volcanic Zone on the North Island. Geothermal activity caused by the interaction of the Australian and Pacific plates also means there are many natural geysers and hot springs scattered throughout Zealandia.

The submerged part of Zealandia is rich in mineral deposits, although New Zealand’s government strictly controls undersea mining activity. There are also many natural gas fields scattered throughout Zealandia. The Maui natural gas field in the Tasman Sea is the largest.

Underwater Zealandia is of value to science as well as business. During glacial periods, sea levels fell, and more of Zealandia was above water. Zealandia’s submerged fossils provide valuable clues to life during those time periods.

“Moishie, where’s your homework?” Miss Feinman said sternly to the little boy while holding out her hand.

“My dog ate it,” was his solemn response.

“Moishie, I’ve been a teacher in this Talmud Torah for eighteen years. Do you really expect me to believe that?”

“It’s true, Miss Feinman, I promise” insisted the boy. “I had to force him, but he ate it!