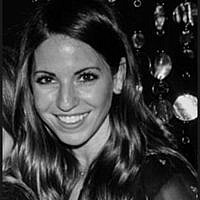 The Blogs
Lauren Mandel
Apply for a Blog
Please note that the posts on The Blogs are contributed by third parties. The opinions, facts and any media content in them are presented solely by the authors, and neither The Times of Israel nor its partners assume any responsibility for them. Please contact us in case of abuse. In case of abuse,
Report this post. 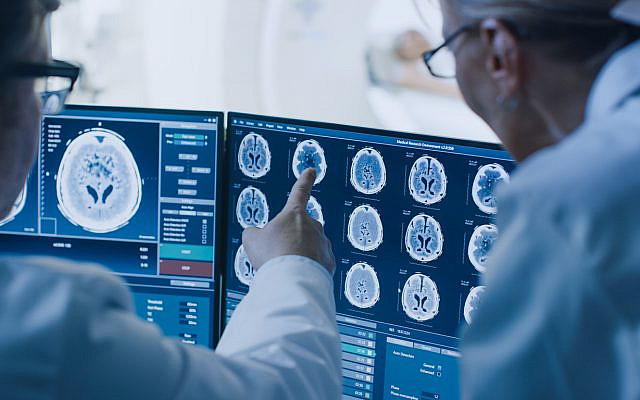 I was furiously straightening silent auction signs, arranging cocktail napkins, and placing pamphlets on tables. There was a light night breeze whistling across the rooftop event space in downtown Chicago. Guests were due to arrive at the fundraiser any minute. I had over prepared, my to-dos completed well in advance, but I still had no problem finding tasks to keep me occupied.

“People will show up,” my youngest brother calmly responded. “They will.”

He walked up next to me, my middle brother shuffling along beside him. They each put an arm on each of my shoulders, forming a little protective huddle. We did that for each other, my brothers and me.

The first time I heard the phrase “tikkun olam,” my now-husband and I weren’t even engaged yet. He was describing how he mentors school-age kids in Chicago and why that work is so important to him. Sometimes the mentors do homework with the kids, sometimes they play basketball, sometimes they do nothing at all. They just spend time. When asked why he became a mentor, he simply responded: “We can all leave the world a better place than we found it. It’s my work toward tikkun olam.”

Throughout my 20s, my friends and I went from happy hour to happy hour, fundraiser to fundraiser, without much interest in the causes behind the events. I was happy to support each cause, of course, but none were my own.

My cause was so big, so obvious, it took me longer to see it clearly.

When I was 10 years old, my mom suffered her first brain bleed. We were told that one brain bleed increases the likelihood of another, so we should not have been surprised when her brain bled for the second time just two years later.

My mom finally came home after months in the hospital, though the person we greeted wasn’t really my mom. She was completely changed. Traumatic brain injuries can be particularly unkind to patients and their loved ones. They can make you believe everything is the same, even when everything is different.

I was lucky to have my dad and my brothers, and they to have me. But a situation as severe as ours needed guidance from the outside — from an organization, from experts, from science. But at the time, so few resources were readily available that we were mostly left to support each other.

It wasn’t until years — and countless city fundraisers and happy hours — later that I realized my own cause was right in front of me.

People showed up that night after all.

That night on the rooftop in Chicago, more than 200 people attended and helped us raise $25,000 for Brain Research Foundation. That initial success led my brothers and me to co-found a young leadership board, which has since raised more than $260,000 for brain research. For my mom, and now, in her memory.

Even more than the funds we have raised, our work with Brain Research Foundation gives me hope that people who may find themselves in situations like mine will have a place to go, a resource to trust. And paying it forward, that is what tikkun olam means to me.

About the Author
Lauren Mandel is the daughter of Daniel Shapiro, the author of the book, 'The Thin Ledge,' which recounts the family’s experience with sudden illness, caregiving, and trauma. As a result of the family's experiences, Lauren and her brothers are actively involved with Brain Research Foundation. With a background in writing and journalism, Lauren works in marketing at a startup based in Chicago.
Related Topics
Related Posts
Comments