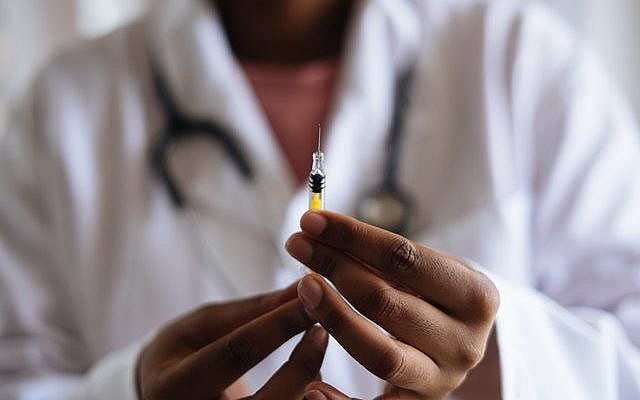 Anti-vaxxers are a group of people who believe, despite all the scientific evidence to the contrary, that vaccinating children against deadly diseases is wrong.

Many doctors have made it clear that vaccines are one of the greatest preventive tools that have ever been developed against disease. But there are still people who dredge up a 1998 study by Andrew Wakefield. This discredited study showed that vaccinated children had increased rates of autism. Wakefield was forced to retract his study after it was revealed that he had altered the facts to support his premise. But this is of no interest to the anti-vaxxers.

The anti-vaxxers have managed to persuade some high-profile celebrities of the justice of their cause. Why anyone would listen to a celebrity and not a doctor, is a complete mystery.

But where does this leave us Jews?

Anti-Semitism has always thrived on stories of “dirty Jews’. As long ago as 1141, Jews were accused of ritual murder. In Norwich, England, the body of a Christian boy was discovered at the same time as a rumor was making the rounds that the Jews were looking for a Christian child to sacrifice for Passover. There was, of course, no evidence of Jewish involvement in the child’s death, but blood libels spread quickly throughout England, and on to willing supporters in Europe.

It is thought that Bram Stoker’s famous story villain, Dracula, who travels from Transylvania to England looking for new blood, was based on the sinister stereotypes of Jews, popular at the time.

As recently as today, in New York, the coronavirus pandemic has strengthened the entirely wrong belief that ‘insular and ignorant’ Orthodox Jews are against vaccination. In fact, most members of this community, and indeed most Jews, support vaccination.

A report by the UK Government’s independent adviser on anti-Semitism shows an increase in the number of on-line sites claiming that “Jews plotting to take over the world” and the pandemic is one of the tools to achieve their aim.

For many years, there have been those who fear that Western freedoms are under attack from a dictatorial, socialist conspiracy to establish a new world order. This would be done by introducing “emergency” measures after a man-made crisis such as a pandemic. Naturally, once again, behind this attack are those Jews.

The Centre for Countering Digital Hate has found that the largest antivaxx social media accounts have more than 7.8 million followers. That’s more than the number of readers of my blogs!