Dubai  – a city with a love for the fantastical, with a skyline that shines like a beacon against a barren desert backdrop. The sky may not be able to limit Dubai’s growth. People from all over the world flock to this shimmering oasis and the Burj Khalifa skyscraper. The city prides itself on the vast array of things to do, and calls to experience them – and beyond. From wild theme park rides and adventure sports to decadent day spas, boutique shopping and exquisite dining. Dubai is proud of its attractions. 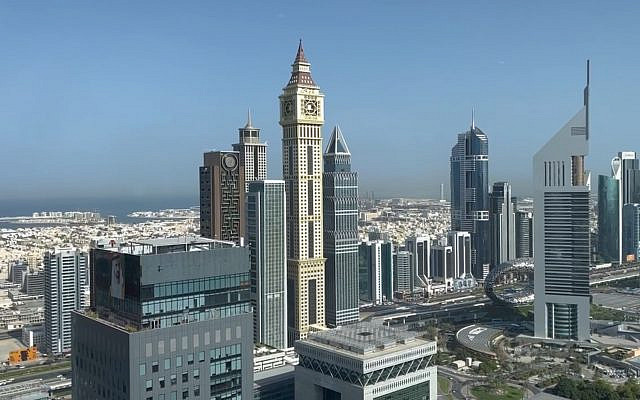 As for myself, people always come first. One of the most intriguing experiences I had in the United Arab Emirates is talking to them. From high ranking positions, to taxi drivers and cleaners. The UAE is home to over 200 nationalities. Emiratis constitute roughly 20% of the total population, making UAE home to one of the world’s highest percentage of expatriates. Indians and Pakistanis form the largest expatriate groups in the country due to the geographic proximity. The majority is extremely happy. As the country is so clean, well maintained and income is relatively high in comparison to their native country. A living proof to the famous quote “Its the economy, stupid”, a phrase that was coined by Bill Clinton’s election strategist James Carville. An expression that got him the presidency. To my understanding, this is one of the keys to the booming economy in Dubai. Free trade in its economy also allowed Dubai to become wealthy,  leading to a construction boom in this millennium.

There’s so much to see and do in Dubai – we wanted to make sure we squeeze every last moment of activity , sunshine and wow-factor out of every free time. Here is our itinerary of the 4 full days we spent in Dubai. The other two days were partly traveling days, so they will not count. 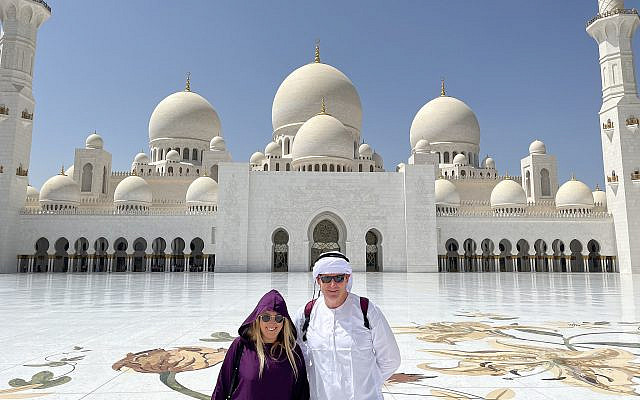 Day 1 – A day tour with a driver to Abu Dhabi City was first on our agenda. As we were informed that negative pcr documents are required, we planned to show the tests we conducted in Israel before our flight, which were valid for 48 hours. It worked perfectly. The drive on the freeway from downtown Dubai to the capital was smooth and convenient. Abu Dahbi is full of attractions and focuses on the Presidential Palace, the Emirates Palace, Heritage Village, Abu Dhabi Corniche, the Dates Market(a selection of endless dates to taste and buy), Yas Island and the Ferrari World. However most of our time was dedicated to the architectural masterpiece that beautifully combines Islamic architecture and design – the Sheikh Zayed Grand Mosque. The look is breathtaking. The carpet in the hall is considered to be the world’s largest and it weighs 35 ton. A must visit!

Day 2 – A half a day guided tour was in place to understand better the magic of the city. Dubai Creek was our first stop. It is the natural saltwater creek that forms a natural port that has traditionally been used for trade and transport. Jumeirah Mosque was interesting from the outside. 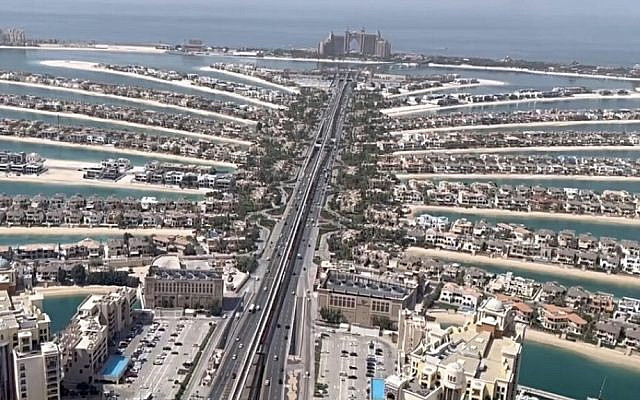 Palm Jumeirah, the archipelago of artificial islands, is for my money the jewel in the crown of Dubai’s achievements. Don’t miss the visit to the recently opened Palm Tower for the marvelous look seen from the premier observation deck. It is located on the 52nd floor and offers unbeatable views of the Palm Jumeirah, Arabian Sea, and the city’s impressive skyline. Breathtaking.

Observing the Burj Al Arab hotel from Jumeirah Beach reveals its amazing architecture. The shape of the structure is designed to resemble the sail of a ship. It has a helipad near the roof that got worldwide attention when tennis stars Roger Federer and Andre Agassi exchanged some balls on that helipad in 2005 as an unforgettable PR stunt.

The afternoon and evening were dedicated to the famous Dubai Mall. It is the second largest mall in the world after the Iran Mall. It is part of the 20-billion-dollar Downtown complex adjacent to the iconic Burj Khalifa, and includes over 1,200 shops. It became common knowledge that in 2011, it was the most visited building on the planet, attracting over 54 million visitors each year. It is impossible to discover all corners of this living jem. We spent 2 hours outside the mall enjoying the fountains of the manmade Burj Khalifa Lake. They were designed by the same company also responsible for the fountains at the Bellagio Hotel Lake in Las Vegas. Enjoying 6,600 lights and 50 colored projectors of both the fountains and the Burj Khalifa, the tallest structure and building in the world, was extremely pleasant. 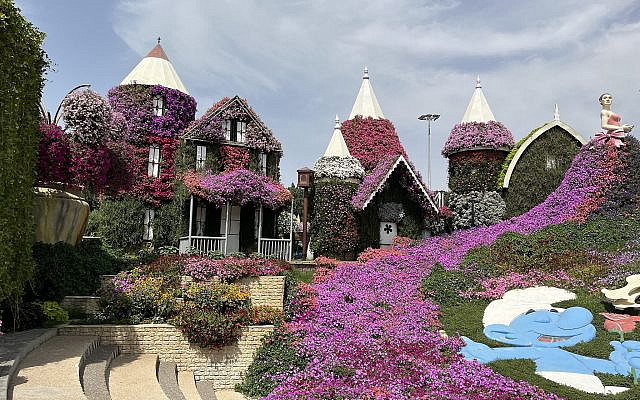 Day 3 – A taxi ride took us to The Dubai Miracle Garden , the flower garden that occupies over 72,000 square metres, making it the world’s largest natural flower garden, featuring over 50 million flowers and 250 million plants. Our visit lasted 3 hours on a hot day, relaxing and enjoying the place. It was encouraging to understand that the flowers are maintained by re-use of treated wastewater through a drip irrigation method.

As we booked tickets to climb Burj Khalifa before sunset we headed to downtown Dubai to make it on time. An ultra-fast lift takes you to the observation platform on the 124th floor, to enjoy a breathtaking view of Dubai and the surrounding. Although we were assured that we would enjoy a pleasant adventure with a limited number of visitors, the platform  was packed and overcrowded. However, would you miss a visit to the top of the Empire State Building to mark it in your life experience? I guess not. 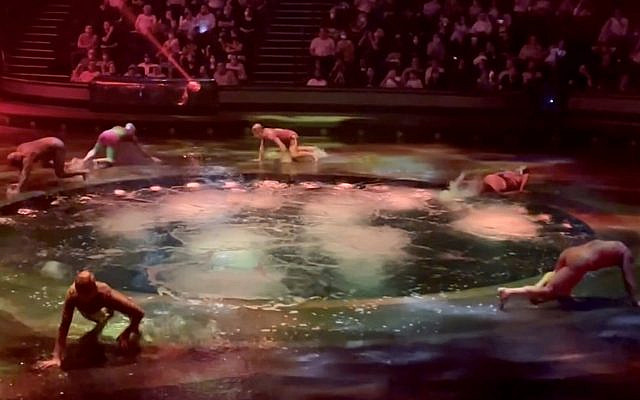 Our day ended with the La Perle extravaganza at Al Habtoor City Hotel Collection. This show combines breathtaking choreography with daring stunts, in a novel ‘aqua theatre’. We were impressed by the artists performing remarkable feats, including aerial acrobatics, death-defying dives and unbelievable motorcycle tricks. Certainly highly recommended for an evening entertainment 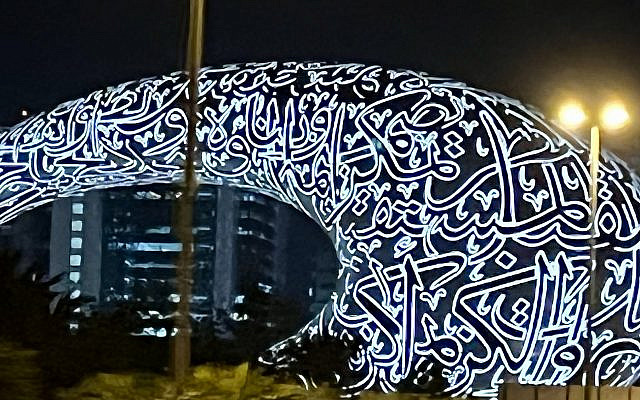 Day 4 – The new glistening structure that was inaugurated only a few weeks ago – the Museum of the future – was our first destination. This structure simply blows one’s mind with a futuristic timeless landmark. One will never understand, until visiting the museum, that the Arabic calligraphy used on the structure are actually its windows. The words curved on the museum’s skin are quotes of the Ruler of Dubai, Sheikh Mohammed. These say: ‘We may not live for hundreds of years, but the products of our creativity can leave a legacy long after we are gone’; ‘The future belongs to those who can imagine it, design it, and execute it. It isn’t something you await, but rather create’; and ‘Innovation is not an intellectual luxury. It is the secret behind the evolution and rejuvenation of nations and peoples’. A true optimistic vision. A must visit. 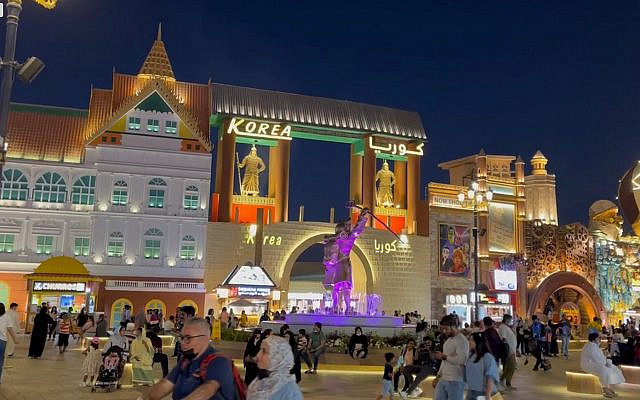 At sunset we headed to visit the Global Village  – a part theme park, part market, featuring 78 cultures in 26 pavilions. It claims to be the world’s largest tourism, leisure, shopping and entertainment project. Every year, it has over 5 million visitors and one can spend hours of true down to earth entertainment with visitors from all parts of the Middle east and Asia. Families with children, couples and youngsters flock to the Global Village which is open till late at night. 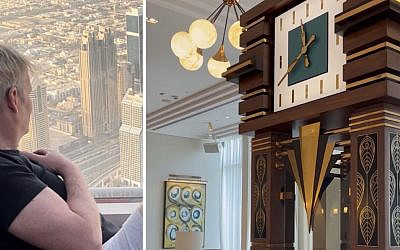 We made the luxurious Waldorf Astoria Dubai financial centre our home away from home. A great hotel with endless reasons to stay. Talking to General Manager, Victor Chalfoun was extremely enjoyable and his words, why this luxury hotel is so unique, are self explanatory. 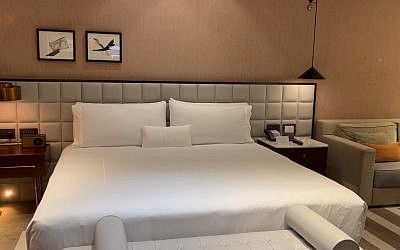 “Waldorf Astoria hotels are for hospitality what Aston Martin is for cars”, he says. “The hotel is beautifully located in the center of Dubai. It’s a high rise building. Our rooms strat from the 27th floor with floor to ceiling windows. The views are 100% unobstructed. Guests can see the different areas of Dubai. Between the coastal side of it that can be seen from the distance to the shopping mall as well very nearby”.

“We enjoy the largest rooms in that part of Dubai. Our  rooms are quite spacious. They have a beautiful design. We actually brought a slice of New York to the center of Dubai. The hotel has been designed  with the New York 1960s’ in mind and that design brought a very fresh concept to the city of Dubai that has many many things. In addition to that we have award winning restaurants and bars”, he concludes. 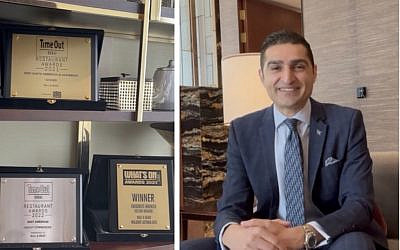 Award winning Bull & Bear is the hotel’s signature restaurant which offers a twist on the legendary contemporary grill. It is inspired by the original at the Waldorf Astoria New York. As I dined  in both restaurants, I can easily testify that the Dubai restaurant is worth a dinner visit while staying in the city.

One thing can be said with confidence. There is so much to do in Dubai, you can spend the whole week there. We have experienced a lot, but left with the feeling that we saw nothing. We can’t wait to book another trip for next winter.