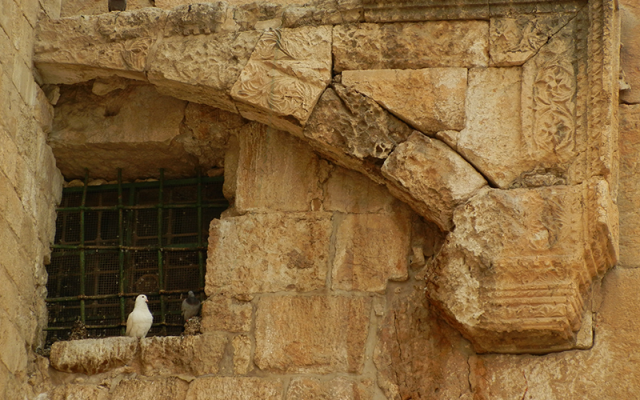 Image by Robert Alvarado from Pixabay

For the past few years, I have experienced increasing discomfort with the mourning customs surrounding Tisha B’Av. Is it really appropriate to mourn the loss of Jewish sovereignty nearly 2,000 years ago in the midst of the reborn Jewish nation? Do we not express a certain lack of appreciation — a failure of hakarat hatov — if we mourn as if we were still in exile? After all, the Ingathering of the Exiles in full swing, Jerusalem is rebuilt and teeming with Jewish life, a renaissance in Jewish education is happening all around us… Amid all of this, should we continue to mourn a loss that is gradually being healed? Should we still fast?

But that is not how communal memory works, particularly traumatic memory; it does not fade with time. This is not a bug; it’s a feature! If Tisha B’Av were “merely” about the loss of the Temple — the center of religious worship — we would be “over it” by now. The fact that we continue to mourn indicates that there is something here that we instinctively know we should not “get over.”

Tisha B’Av is an intentionally triggered “national flashback.” Any survivor will tell you that the anniversary of a traumatic event is the time when one is most likely to relive it. Rather than trying to “get over it,” we acknowledge that there are things we must remember if we are to survive as a nation. More than the physical loss of sovereignty, we mourn the gradual degradation of moral and social standards that led to those losses.

Memory, even while painful, is the key to learning from our mistakes. The consequences of a bad decision are much more likely to be internalized if the memory is vivid and immediate. If we are to learn from the tragedy of national discord, we must be prepared to re-experience — intimately and with all our senses — the inevitable outcome of that disunity.

So yes, it is natural to wonder whether, with Jerusalem rebuilt, surrounded by a thriving Jewish state, we should still mourn the destruction of Jerusalem. But I would argue that especially now, in the midst of national rebirth, the lessons of Tisha B’Av take on a new urgency.

For the past 2,000 years we were not in a position to repeat the mistakes of the past. Now, we are. Our national rebirth brings us face to face with many of the same tests that we so dismally failed before. A look at today’s Times of Israel headlines are enough to show that it is too early to declare victory. There is nothing like a “national flashback” to make us viscerally aware of what awaits us if we fail again.

Tisha B’Av is a day when we acknowledge that wrong decisions have consequences, that what is lost can never be regained. It is a day of honoring lost potential, so that we will finally learn that what is most precious is also the most fragile.

About the Author
Yael Shahar has spent most of her career working in counter-terrorism and intelligence, with brief forays into teaching physics and astronomy. She now divides her time between writing, off-road trekking, and learning Talmud with anyone who will sit still long enough. She is the author of Returning, a haunting exploration of Jewish memory, betrayal, and redemption.
Related Topics
Related Posts
Yael Shahar
Comments