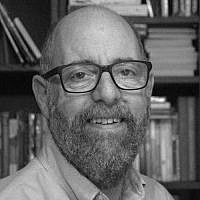 The Blogs
Shaya Kass
Focus, Flourish and Fly using science
Apply for a Blog
Advertisement
Please note that the posts on The Blogs are contributed by third parties. The opinions, facts and any media content in them are presented solely by the authors, and neither The Times of Israel nor its partners assume any responsibility for them. Please contact us in case of abuse. In case of abuse,
Report this post.

But there are 17 years between when Yaakov comes down to Egypt and when he dies. The brothers have 17 years to talk to Yosef. They never ask for forgiveness. Were they even sorry?

Perhaps they didn’t ask for forgiveness because they thought they didn’t do anything wrong. It is said that the brothers, at least Reuven, seemed surprised when they went to the pit and Yosef was not there. Even more reason to not apologize, they hadn’t sold him, they had no idea he was in Egypt or they may have gone to look for him. What had they done? Threw him in a pit for a few hours? Then when he disappeared, they didn’t want their father to anguish so they lied and told Yaakov that Yosef was dead. They hoped that Yaakov might take this with some finality and move on. If I have done nothing wrong, why should I apologize?

But all that doesn’t really add up because this week they show that they knew they needed to be forgiven.

In this week’s parasha, Yaakov dies. What is the first thing the brothers do after burying Yaakov and coming back to Egypt, they lie. Yosef’s brothers come to him and tell him that Yaakov, before he died, asked them to tell Yosef to forgive the brothers. They lied! And again, they never ask for forgiveness. They had enough presence of mind to know they need to be forgiven, but they never ask for it.

And Yosef gives an answer that is almost identical to the answer he gave last week, “Indeed, you intended evil against me, [but] God designed it for good, in order to bring about what is at present to keep a great populace alive.”

Now, first thing. Whether we call this Yosef forgiving his brothers or not, he is certainly an amazing person not holding it against them.

But does he forgive? They certainly never ask for forgiveness so I cannot write about asking for forgiveness, but does Yosef forgive? Well, to answer that question, we have to define “forgiveness”.

Roy Denton and Michael Martin in 1998 found a definition of “forgiveness” by asking 164 social workers how they defined forgiveness when working with clients. The majority said that forgiveness (1) is an inner process of releasing anger and fear, (2) is a reduced desire to retaliate, (3) takes time and (4) does not require one to forget the painful incident.

Let’s look at Yosef. (1) Did Yosef release anger and fear? It certainly seems so. We see no evidence that he was still angry with his brothers. You could argue that when he kept hiding goblets in their bags, he may have been angry and was doing it to retaliate. But certainly, since last week’s parasha, he shows no anger or fear. (2) Did Yosef show a desire to retaliate? We see no evidence of that after the goblets. (3) Did it take time, perhaps. (4) Did he forget the painful incident? Don’t think so.

Yosef really had a very healthy reaction. He seems to have forgiven his brothers. Did they ask for it? It doesn’t seem so. Did they deserve it? It really doesn’t matter.

But is there a good reason to forgive? In 2006 Kathleen A. Lawler-Row & Rachel L. Piferi did a study with 425 people aged 50 to 95. I found this interesting because some people, as they get older, get more set in their ways and might be less forgiving. Drs. Lawler-Ros and Piferi wanted to see if people who have a forgiving personality were healthier. They found that people who had a forgiving personality had better health behaviors and better subjective well-being. So being forgiving is good for your health.

How do you forgive? Some think that you just have to make the choice to forgive, say, ‘I forgive you” and you are done. But research shows that this doesn’t work so well. It is a process. As a matter of fact, it is a long process. It takes time. But not necessarily a lot of time. Mathias Allemand, Marianne Steiner, and Patrick L. Hill created a program in 2013 and showed that two 3 ½ hour sessions was enough to help people move toward forgiveness.

About the Author
Is stress affecting your life? Get the "4 R's to handle stress course" and use science to handle stress. My clients Focus, Flourish and Fly after I educate them about the best mindfulness techniques and exercises to support them. You too can get the benefits of my experience as a Life Coach and my 35 years in education. Go to MindfulAboutLife.com and learn more.
Related Topics
Related Posts
Comments