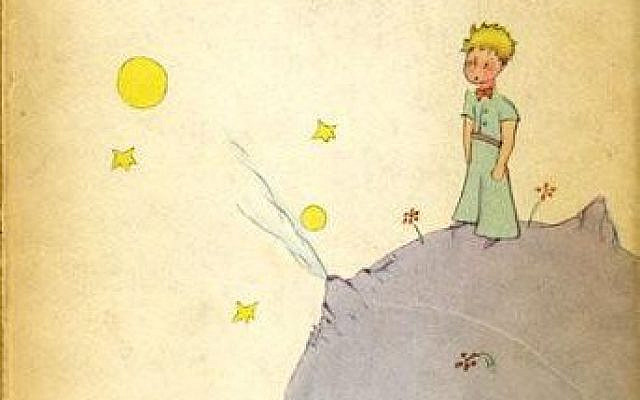 Antoine de Saint-Exupéry was born 121 years ago. Today he would be the age at which Moses died. His work The Little Prince is considered by some to be the best-selling book after the Bible. It is undoubtedly one of the most widely read books in history. Although it is a children’s book, it is also a book suitable for anyone who wants to understand in depth questions and answers.

Mysteries and paradigms of life, of human beings and of the society that surrounds them. The dedication of the book is considered to be one of the most beautiful dedications in the universal history of literature. To Léon Werth, his oldest friend, a Jew, persecuted by the Nazis. Like Antoine, French and writer. His best friend simply, and his work which he read before he met him, although the name of the one would be nothing today without the name of the other, immortalised in such a beautiful and sublime work as The Little Prince.

I apologise to the children for having dedicated this book to an old person. I have a serious excuse: that old person is the best friend I have in the world. I have another excuse: that older person understands everything, even children’s books. I have a third excuse: that older person lives in France, where he or she is hungry and cold; he or she is in real need of comfort. As if all these reasons were not enough, I dedicate this book to the child that this elderly person once was. All old people have been children once (but few remember it). I therefore correct my dedication:

To Léon Werth,
when I was a child”.

Werth represents the man persecuted by the war, someone’s friend, the compatriot who is as French as the author of this unique dedication. The man who is at risk both as a Frenchman and as a Jew, as Antoine would say in another work. Werth is the adult who is no longer a child but who once was, like everyone else. But now he is hungry and cold and old, as many are, because the world is not as fair as Antoine would have wished from an early age, when his father died. Antoine saw in Léon Werth a special man, he was the greatest admirer of his work, although considered surrealist, Antoine said he found it truthful, he admired Werth’s spirit of research and also the simplicity of his prose.

A very interesting friendship, both for the difference between them and for the purity of it. Although he was very different from Werth, who was also an anarchist, anticlerical and a great critic of politics, even a socialist. Antoine, Count de Saint-Exupéry, is not only the man behind The Little Prince, he is also the Little Prince. He was born on 29 June 1900. He lived through the First World War, but did not fight it, even though he already knew how to fly a plane, from the age of 12 he did, even more so as a child. He applied to the Naval Academy, but was rejected, so he joined the Army and then the Air Force. His passion, more than writing, was to fly, like the Little Prince, from micro-planet to micro-planet until he reached the ground.

In 1939, he was assigned to dangerous reconnaissance missions against the Germans. In the French Air Force, he risked his life, despite the opposition of his wife, Consuelo Suncín, who was already a widow for the 2nd time and with the early death of Saint-Exupéry would be a widow for the 3rd and last time. The missions, which besides being absurd and suicidal aerial feats, were of little use because of the prompt surrender of France, led by Marshal Petain, in the face of the Nazi campaign.

Saint-Exupéry moved to New York, where The Little Prince was to be published. Despite his interest in participating in the war, he was not considered until 1944. It was in 1944 that he was finally appointed to take part in the Second World War on the Italian front. Corsica and Sardinia would be the final destination of his mission as an aviator and of his life as a writer and being, for on that day, 31 July, shortly before the capture of France by the Allies, Antoine de Saint-Exupéry disappeared in a P-38 Lightning.

Land of Men, Antoine’s 1939 play, recounts his accident in the Sahara desert, and also recalls when The Little Prince meets the aviator who had crashed in his biplane. The actual event was during a mission for Aeropostale, the company Antoine worked for until its bankruptcy. At the time he was accompanied by his aerial navigator André Prevot. In this accident in the Libyan part of the Sahara desert, the work The Little Prince almost did not see the light of day, as they almost died of dehydration.

He dedicated this book, Land of Men, to the French pilot Henrique Guillamet, a precursor of French aviation and a personal friend of Antoine’s, as they met and worked together in Buenos Aires. Guillamet’s adventure in Argentina also inspired him for this book, which won the French Academy Prize. Guillamet was lost for five days, until he met a shepherd who was rescued by Saint-Exupéry himself.

The life of this courageous man and at the same time very human being, was accompanied by all kinds of exploits, he also had innumerable lovers and love stories. At the age of 44 he disappeared like the millions of men the war wiped out. He was too old to fight, so his squadron was only a reconnaissance squadron with the very bad luck to have worn out and obsolete planes.

The Little Prince is a world within the Universe we know. The validity of this work is an eternal legacy for humanity. The rose, his beloved rose that led him to look for other roses, because he did not value it at the time. A phrase like “First love is loved more, the rest are loved better” does not seem to be in keeping with a children’s story but with the reality of life, with the reality that he lived with his wife. “It was the time you spent with your rose that made her so important. This phrase is spoken to him by the fox, the wise animal with whom he encounters and with whom he has philosophical and essential dialogues for himself.

The great fox also tells him that “only with the heart can one see well; what is essential is invisible to the eye”. And this is the phrase that best represents this great work, which has been passed down through the generations as a treasure for those who appropriate it. The essential is invisible to the eye, and so The Little Prince, who left his little world to explore the whole Universe, feels desolation and decides to perish in an attempt at immortality, surrendering himself to the serpent who, taking advantage of the candidness of the noble being, returns him back to where he came from, just as Antoine de Saint-Exupéry would do with his aeroplane.