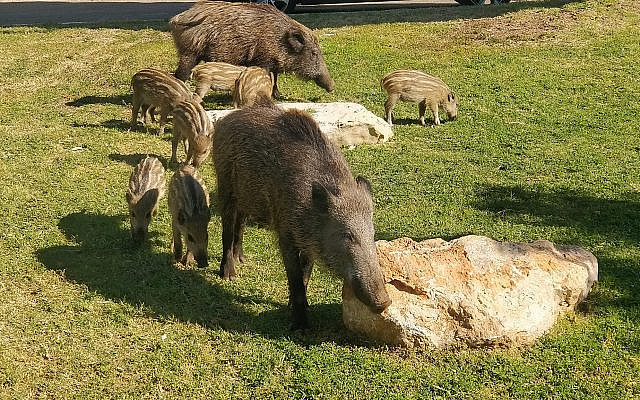 It has come to my attention the unfortunate event that occurred not far from my home in Haifa just days ago. A motorcycle rider collided with a wild boar, resulting in the unfortunate injury of the motorcyclist, and the premature death of the boar.

The crash was not unexpected. It may, in fact, be seen as a culmination of a slowly brewing problem that has now boiled over, making life for Haifa residents and elsewhere in the country intolerable. What started as just a few individuals going about their day-to-day lives across the city, has evolved into a massive outbreak invading every corner of our great city. During the pandemic lock-down, with cars and people removed from the streets, this species suddenly had free reign of the city – taking over the streets, the sidewalks, and very often (and curiously!) – the crosswalks. They are noisy, despoil the environment, and endanger pedestrians and car drivers alike with their reckless behavior and disregard of all courtesies and, indeed, the law itself. And now, even the lives of our wildlife are endangered.

And our self-absorbed political leaders in Haifa and lazy government bureaucrats in their ministries are doing nothing to resolve the problem beyond the expected public relations hijinks.

It is time to deal with the problem directly, aggressively, and without reservation. I call for immediate and drastic action to end the scourge of scooters, motorcycles, mopeds, and electric bicycles that have taken over our cities.

In this essay, I propose a radical – though entirely logical and sustainable – solution for the overpopulation of two-wheeled motorized vehicles in our city streets. I modestly submit for your consideration that we must support an active, unapologetic, government-implemented program of culling of the drivers of these vehicles (culling: the reduction of a wild population by selective slaughter).

‘Alas!’ you might shout, ‘how inhumane a treatment for something that may be an inconvenience, but certainly not a threat! Most are innocently pursuing their hobbies or just making a living in the blossoming market of food deliveries. These drivers and the cuisine they provided made us feel secure at the height of the pandemic lock-down and continue to do so today! Surely these facts warrant forgiving the excesses of a few aggressive drivers?’

To this I respond, “Codswallop!” The scourge has continued long enough! As your initial shock at my proposal subsides, ask yourselves: Who among us has not had their evening or Sabbath calm shattered by the high screech of the wild motorcycle charging down our city streets? Who has not fretted for the purity of their car’s paint, as a restaurant delivery scooter pushes its way between the tightly packed traffic? Who has not been pushed aside on a sidewalk, as the moped takes right of way where he has no rights? All this before we consider the belching exhaust from these vehicles that we all must breathe. And above it all – the hideous and perennial threat these vehicles pose to not only our dear boar and other urban wildlife (hedgehogs and porcupines to mongoose and jackals), but also our pets and our children. 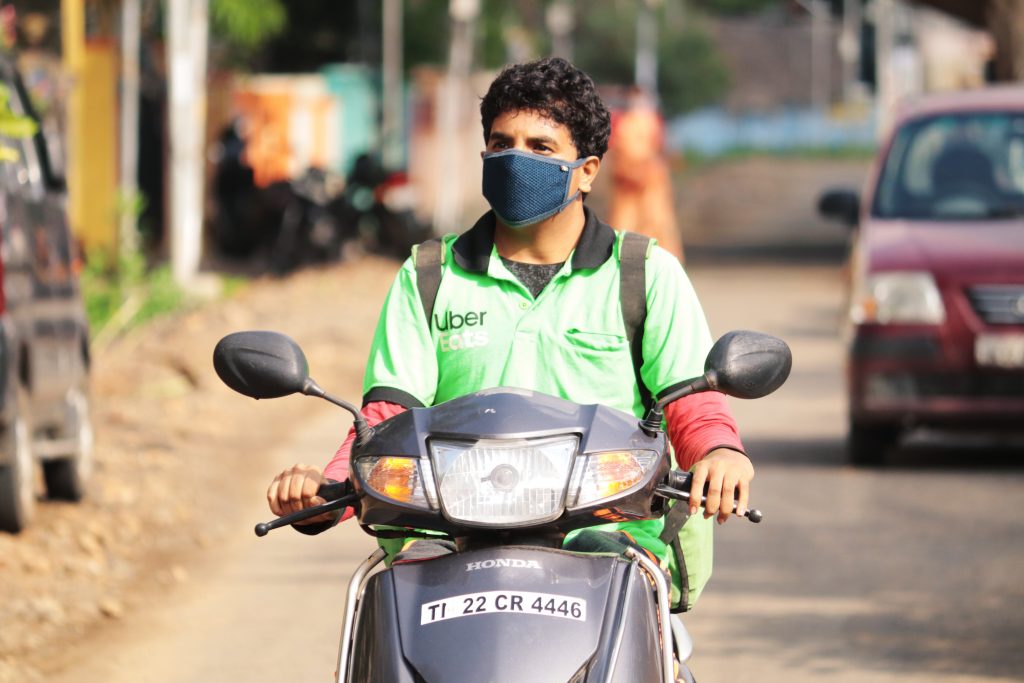 Beyond the obvious advantage of protecting our wild boar population from the scourge of these dangerous vehicles, which is reason enough to implement my proposal, there are numerous additional advantages to culling these drivers and their vehicles from our streets. While it would be efficacious to cull the largest number of drivers possible – of two and four wheeled vehicles, alike – I will focus here on the crucial first step: Culling the sub-population of scooter and moped drivers, the vast majority of whom work in restaurant delivery.

1st. By culling drivers, there would immediately be less noise in our cities and on our highways. Silence – a much forgotten luxury and a crucial component of quality of life – need not be the privilege of a few elites who can afford to separate themselves from the urban hordes by seeking refuge in their rural estates. Once these drivers and their vehicles are culled, silence will be returned to our cities, along with our peace of mind.

2nd. Our children would be safer walking the sidewalks of the city when far fewer scooter drivers are left. Not only would the immediate risk of pedestrian collision with scooters be reduced, but valuable space for walking would be freed up for its designated use – walking!

3rd. As with our sidewalks, our roads would also be safer without these stealthy and reckless drivers. Auto drivers could once again drive with ease and freedom from the fear of the dreaded scooter squeezing past the car on the right or on the left, crossing over solid white lines into oncoming traffic, or crossing on red lights before our eyes.

There are those among us who have unfortunately developed an affection towards these scooter drivers. Some cite our dependency for food delivery. Others are mesmerized by the almost human-like behavior of these drivers, such as their use of pedestrian crosswalks for crossing the street or there apparent joy from splashing in puddles. Some individuals have even begun to offer these drivers additional monetary compensation for their services (the “tip”) – a regrettable practice that only encourages these drivers to continue their destructive ways.

Despite these ill-wrought sentiments, nary a rational individual could deny the advantages of culling scooter and moped drivers. And to those who opine that these individuals are needed to continue our country’s population growth (after all, they are mostly young and virile males of the species), I remind you that only one male is required among a population of many females to propagate the next generation of scooter drivers. Indeed, through a careful, genetically advised culling, we can choose the best traits of scooter drivers (such as courteous driving and not allowing our pizzas to aggregate at the edges of their boxes) to design the next generation.

We must put to rest the faux alternative ‘solutions’ proposed by the sentimentalists. We cannot simply relocate these drivers to other cities like Zichron Yaakov, for its residents would have none of it. Nor can we simply erect fences and other barriers around these drivers to restrict their mingling with civilized folk. Culling is the only sound solution with multiple benefits as I have enumerated here.

There is a last irksome question as to what exactly we do with the cadavers of the culled drivers. Modern Israel, of course, could not adopt the more daring strategies proposed by the good Mr. JS for 18th century Ireland, and it would be irresponsible of me to imply that today’s conditions are anything but luxurious, with plentiful sustenance of all sorts, compared to that world of yore. However, as there is increasing awareness of the damage caused by the meat industry to our global climate, and an equally stubborn insistence not to compromise on our meat-heavy 21st century diet, we must not rule out the potential for new and reasonably environmentally benign food source. Properly prepared, they could become a staple of the new Middle Eastern diet.

Does this solution seem, after all, so far-fetched? Given the enthusiasm of some of my compatriots in Haifa to cull the wild boar population – a population that they wrongly hold responsible for sins that should be assigned to humans – I suggest that with some targeted informational campaigns, most of the populous could ultimately accept ‘selected slaughter’ as an acceptable policy, particularly when considering the severity of the problem and the potential to return our city to the calm and clean city it once was. The choice is ours.

About the Author
Daniel Orenstein is an associate professor in the Faculty of Architecture and Town Planning at the Technion – Israel Institute of Technology. His research interests include human-nature interactions, environmental issues in Israel and globally, and public engagement in environmental policy. His general interests are much broader.
Related Topics
Related Posts