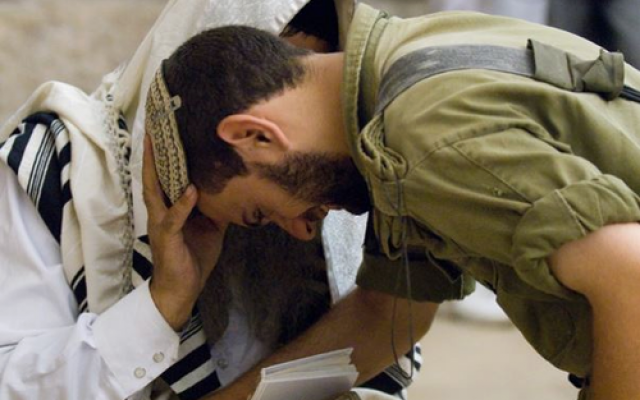 I may be the only mohel who carries a gun. I’ve done no official research as such, but it’s safe to say, at least, that I’m in the vast minority.

This may sound a bit paranoid, but there are risks in being a mohel. Every home visit has an element of uncertainty. You’re entering an unfamiliar space with unfamiliar people. Even traveling to these places is a solitary endeavor.

I once expected to have a Bris in a Tel Aviv mall, assuming it would be held in a restaurant there. Instead, the couple whisked me away to an adjacent residence. During the drive, I was certain they were going to kill me and sell my tools for profit. I lived to tell the tale, but I wasn’t certain at the time.

In addition to these somewhat random occurrences, I regularly perform Britot deep in the West Bank. One such instance was fundamental in my decision to carry a gun.

Ibe HaNahal is located 30 kilometers from Jerusalem, between Efrat and Hebron. The zig-zagging single-lane road leading to this family’s home was littered with more signs in Arabic than in Hebrew. I felt a bit out of my comfort zone.

After the turnoff to Ibe HaNahal, I arrived at a traffic circle where four roads converged. The roads straight ahead and to my left had immovable red painted stones with white writing, warning Israelis not to travel there. A right turn was the obvious choice.

After a few more minutes, I arrived at the village gate. The road was only wide enough to fit one car, with a considerable drop on either side. A U-turn was out of the question. If I had to leave before entering, I would have to back down the entire length.

The electronic gate didn’t budge, so I grabbed my cell phone to call the family. No service. I started feeling uneasy.

The forbidden area was just across the street in plain sight, with no wall. They could see me stuck at the gate just as easily as I could see them working in their front yards. If someone pulled up behind me, I’d be trapped. And just as this thought came to mind, a vehicle indeed started up the road.

I was unaware I had been holding my breath until I let out a deep sigh, having realized it was an Israeli army truck approaching behind me. The soldier showed me how to ring the guard at a different pillbox atop the Yishuv, and after a few moments, the gate opened and we both entered.

The situation resolved itself without any conflict. But, in Israel, there aren’t always happy endings; anyone who has spent time in Gush Etzion knows such tales.

When, later, I analyzed the situation with a clearer head, I realized my fears were actually warranted. The combination of unpredictable risk factors in my profession made it clear that I needed to protect myself — which meant applying for a gun license.

In Israel, on average, this is a two-month, multi-staged process involving a great deal of paperwork and a mandatory training course. Only after all of these steps are completed can one bring home a firearm.

The bureaucracy was oddly comforting. There are many rules to owning a gun. For example, it must be kept in a safe, mounted securely on the wall, out of plain sight, and it must be either holstered or stored in the safe at all times. The owner is the only person who can carry or fire it. And the most important law of all: if someone steals your weapon and commits a crime, you can go to jail for up to six years for having failed to properly safeguard it.

When I first started carrying my Glock, I experienced a range of emotions —  the most prominent being guilt. The decision to arm myself felt contrary to my peacenik roots. I asked myself such questions as: ‘Is this something a rabbi should be doing?’ And  ‘Aren’t I assuming the worst in people?’

But the more I analyzed this new reality, the more it felt in line with who I am as a person. In my work as a mohel, I’ve spent my career performing the safest britot possible as well as advocating policies to keep babies safe all over the world. As time progressed, I began to realize that when it comes to carrying a gun, a related theme emerged: I became proud and confident that if, God forbid, a situation ever arose, I’d be prepared to protect myself and those around me — be it family, friends, or fellow Jews, whether I knew them or not.

Upon receiving my gun, my brother-in-law gave me the perfect blessing, which sums up how I relate to this necessity. He said to me, ‘Mazal Tov. May you never have to use it.’ And that’s the modern Jewish way — we know what we must do and we will do it if necessary, but we’ll never be happy about it.