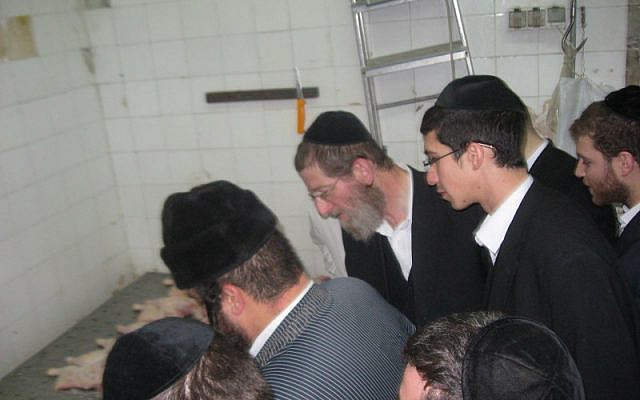 Rabbi Yosef Yitzchok Lerner (center) leading a group of students on an inspection of a Badatz Eidah Chareidis salting facility in Jerusalem.

When Yosef commanded his chief of staff to prepare a banquet in honor of his brothers, he said: “Bring the men into the house, and slaughter a slaughtering (u’tevoach tevach) and prepare [it], for these men will eat with me in the noon” (Gen. 43:16). We are more familiar with the word shechita which means “slaughtering”, yet here the Torah uses the somewhat obscure word tevicha. In this essay we will discuss how the words shechita and tevicha differ from each other, and how they differ from zevicha — a third synonym for slaughtering.

There are two more places in the Pentateuch where a cognate of tevicha is used. When a thief steals something and is caught, the Torah levies on him a penalty of paying back to the rightful owner twice the value of that which he stole (Ex. 22:3). But, if he stole livestock and then slaughtered or sold it, then he must pay back four (for ovacaprines) or five (for bovines) times the value of the animal (Ex. 21:37). In this context, the word used for “slaughtering” is a cognate of tevicha. The next place where such a cognate appears is in Deuteronomy 28, which tells of a series of curses to befall those who fail to keep the Torah and, inter alia, reads: “Your ox will be slaughtered (tavuach) before your eyes, and you will not eat from it” (Deut. 28:31). Basically, all other instances of tevicha-related words in the Bible appear outside of the Pentateuch.

Returning to the synonyms at hand, the Malbim explains how they differ from one another. The term shechita refers specifically to the halachic concept of ritual slaughtering, which requires cutting an animal’s neck through the esophagus and trachea. In contrast, zevicha implies slaughtering an animal for a specific purpose, whether as a ritual sacrifice or as food for a festive gathering. Finally, Malbim argues that the word tevicha refers to killing an animal for food in a general way — even outside of the context of ritual slaughtering.

While not offering full definitions for the words we are discussing, Gersonides (to Deut. 12:21) notes that the word zevicha does not, per force, refer to the same act as shechita. Rather, he explains, zevicha can also include nechira (“stabbing”), which is a halachicly unacceptable way of killing (see Targum pseudo-Jonathan to Num. 22:40). In another context, Gersonides (to Lev. 1:1) writes that shechita and zevicha are, in fact, synonyms.

Rabbi Shlomo Pappenheim of Breslau (1740-1814), cited by Rabbi Yaakov Tzvi Mecklenburg, offers a slightly different approach. He explains that shechita is a general term for any action which causes the death of a living being. What is colloquially called shechita (i.e. halachic slaughtering) is included in this term, but is not its full definition. He adduces this view from the fact that the Talmud (Chullin 17a) says that for Noahides, “their nechira (stabbing) [of an animal] is their ‘shechita’”. Moreover, when asking of G-d’s forgiveness for the Ten Spies debacle and begging for clemency that He not destroy the Jewish People, Moshe said that if He wipes them out, then the Gentiles will say: “Because G-d lacked the ability to bring this people into the Land… He slaughtered (vayishachtem) them in the desert” (Num. 14:16). This does not mean that G-d was going to literally “slaughter” the Jews, but that He was going to somehow bring about their death. These two usages show that the word shechita includes other forms of killing, besides the specific way of slaughtering prescribed by Jewish law.

On the other hand, Rabbi Pappenheim explains that the words zevicha and tevicha refer to types of shechita. Those two words focus on the reason why someone would want to kill a living animal: zevicha refers to killing an animal for the purpose of ritual sacrifice, while tevicha refers to killing an animal for regular human consumption. Interestingly, there might be an etymological link between tevicha and zevicha. Both words differ only in the first letter of their root, but share the letters BET-CHET at the end of their roots. The Hebrew word zevicha is rendered in Aramaic as devicha, with the Hebrew ZAYIN morphing into an Aramaic DALET. The letter DALET, as you may have realized, it sometimes interchangeable with the letter TET, turning devicha into tevicha. It is therefore understandable that when the Mishnah (Eduyot 8:4) declares that liquids in the Temple are ritually pure, there is a point of contention in the Talmud (Pesachim 17a) whether this applies to beit mitbachaya (the Temple’s “slaughter-house”) or beit midbachaya (the Temple’s “sacrifice house”).

Based on the notion that tevicha refers to slaughtering an animal for human consumption, Rabbi Shlomo Aharon Wertheimer (1866-1935) explains why the Torah specifically used that word when referring to the thief’s penalty. If the Torah did not use the word tevicha, one might have otherwise thought that the penalty only applies to a thief who slaughters the stolen animal for no good reason, or to anger its rightful owner. But if he slaughtered the animal to eat its meat, the thief could excuse his deplorable actions by claiming because that he slaughtered the stolen animal for the purposes of eating it (not to make a profit), and should be exempt for any penalties. For this reason, the Torah uses the word tevicha when telling of the thief’s penalty; that is, to stress that even though he slaughtered the animal in order to eat from its meat he is still held responsible and the penalties mentioned above are still levied upon him. 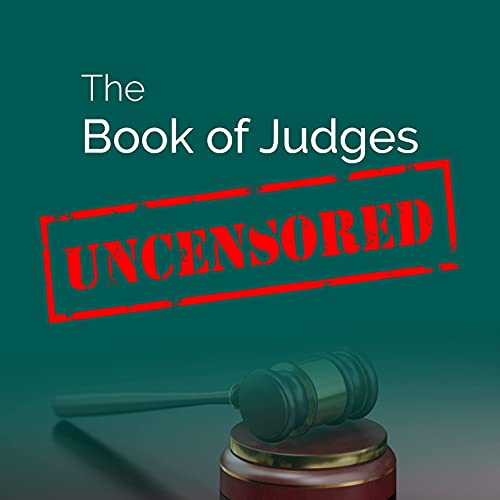 Rabbi Klein’s lectures on the Book of Judges offer a comprehensive overview of the book’s contents and provide insightful commentary on the biblical text. His lectures are filled with historical background and rabbinic interpretation, making them a valuable resource for anyone studying the Bible.

Until this point, we have assumed that tevicha means “slaughtering”. However, Rabbi Wertheimer points to another understanding of that word. He cites Rabbi Yonah ibn Janach (990-1050), who contends that tevicha actually means “cooking” (as does the verb tovech in Arabic). Accordingly, Ibn Janach understood that Joseph did not tell his chief of staff to “slaughter” meat for his banquet, but to “cook” meat. Nonetheless, Rabbi Wertheimer points out that in many rabbinic sources, tevicha certainly refers to “slaughtering”, not “cooking”. In later times, a person described as a tabach was a “butcher” (who cuts up meat that has already been slaughtered), or a “cook”. The Modern Hebrew cognate, mitbach, means “kitchen”.

The occupations of two people in the Bible are described with tevicha-related words: Nebuzaradan, the Babylonian general who destroyed the First Temple in Jerusalem, is described (in II Kings and Jer.) as rav ha’tabachim (“chief of tabachim”); and Potiphar, the Egyptian courtier to whom Yosef was sold, as sar ha’tabachim (“minister of tabachim”). Rashi (to Gen. 37:36) explains that Potiphar was in charge of all those who slaughtered the king’s animals. However, Ibn Ezra and Nachmanides follow Targum Onkelos in explaining that sar ha’tabachim refers to Potiphar’s role as Chief Executioner (or at least the Chief Warden of those on death row). This also seems to be the meaning of Nebuzaradan’s title. The connection between tabach as an executioner and tabach as a slaughterer is obvious: an executioner slays people in the same way that a slaughterer slays animals. (Truth be told, Ibn Ezra seems to contradict himself, because elsewhere (to Dan. 2:14) he writes that Potiphar was the Chief Cook at Pharaoh’s court, not his Chief Executioner.)

Disclaimer: No animals were maimed, decapitated, or otherwise harmed in the production of this article.