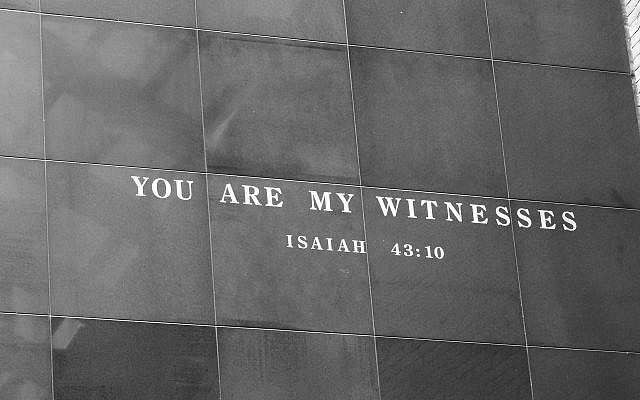 This is not my “official” day of remembering the Holocaust. I do not need an “official” day, because for me, a child of Holocaust survivors, and others like me — every day of our lives is Holocaust Remembrance Day.

But politically like-minded daughters of survivors were suddenly resharing a blog that I wrote in 2016, “Playing the Holocaust Card,” and I decided that, just as Michelle Alexander said that it’s “Time to Break the Silence on Palestine” — it’s time for me to share what I have always known, but am reluctant to say:

I was raised by slaves.

My mother and father were slaves in Nazi munitions factories, in Bergen-Belsen, in Auschwitz, in Theresienstadt and in Mauthausen. They were ripped from their own parents and transported in cattle cars to perform slave labor for as long as they could before being exterminated.

I know first-hand the scars that slavery leaves on the children and grandchildren and great-children of slaves. The families ripped apart and forever diminished. Education nipped in the bud. Property stolen. The resulting poverty. Because my parents were survivors, I grew up in the same crappy rented apartments that many people of color did.

The lasting humiliation of the lash on one’s parents’ backs. Ancestors — in my case, my mother — forced to watch the hangings of those who did nothing more than try to flee. Carrying the genetic legacy of inherited PTSD for generations to come.

This year, it wasn’t the usual rush of images from seldom seen and quickly turned off Holocaust footage that disturbed my sleep during the weeks leading up to International Holocaust Remembrance Day.

These were weeks in which Jewish and other women in the US who shared my political views agonized over whether to join Women’s March 2019, because of the anti-Semitic statements made by some of its leaders. Weeks in which pro-BDS civil rights activist Angela Davis, 74, says her “long-term support of justice for Palestine” was the reason the Birmingham Civil Rights Institute in Alabama rescinded her human rights award. Weeks in which Michelle Alexander marked Martin Luther King Day with a blog post in the New York Times focused on the Israeli-Palestinian conflict.

As an Israeli, I was frankly relieved to be spared the decision of whether to join the Women’s March. But let me say for the record that, despite Tamika Mallory’s hateful tweet — “If your leader does not have the same enemies as Jesus, they may not be THE leader!” and her failure to deny the undeniably vile anti-Semitic Louis Farrakhan — I probably would have marched to defend women’s reproductive rights. But I would not have felt welcome.

I admired Angela Davis in the 1960s and her work to promote civil rights and think she is deserving of the prize, despite her support of an anti-Semitic BDS that singles out Israel and ignores the human rights violations of other nations. (Let me know, Ms. Davis, when you boycott, divest and sanction China and its “re-education” camps for Muslims, and rid your closet and shelves of Chinese products, and I’ll reconsider my belief that your BDS is anti-Semitic).

I share Michelle Alexander’s belief that the Occupation denies the justice and rights of the Palestinian people, and that they deserve a homeland — as I do. I certainly share her belief that the blatantly racist nation-state law denies the Arab minority in Israel its civil rights. We are all deserving of equal rights, adequate health care, education, and decent housing. Israel’s current government has failed to deliver that to any of its citizens. But Ms. Alexander ignores my right to security and the role of the fundamentalist Hamas leadership in denying that right to Jewish Israelis.

Here I am again. Neither white nor a woman of color. Caught between a rock and the hard place that I call home. Unwelcome elsewhere. A Jew in an era of intersectionality on a dead-end street.

I said in my 2016 blog post that “I woke up as a toddler and throughout my childhood to the screaming nightmares of my parents…I was raised by parents who feared authority, sickness, starvation, cold, heat, crowding, isolation, and the Other — that is to say, anyone who did not hail from a decimated family like my own. The enemy could be anyone in a uniform, a policeman, a ticketing agent at the airport, a server in a restaurant, or a ranger in a park…no evidence of my history. No heirlooms, no photographs, no grandparents, no ancestral home.”

Does that give me the right to enslave others and deny others their freedom? Of course not. But there are refugees — like my parents — living all over the world now. I know that many of you marched on their behalf, for their right to a secure life, and for the rights of their children — the “dreamers” — to be full citizens of the nation to which they came. Would you have denied my parents the same rights? Would you deny me those rights?

I know that I am entitled in that I have white skin and my legacy cannot readily be seen from the outside. But I can’t shake it from the inside, and I feel it burning a sign on my forehead — as if everybody can tell. I can pass. But I never feel like I’m passing.

Condemn the Occupation, but do not condemn me. I still see your slavery. Do you still see mine?