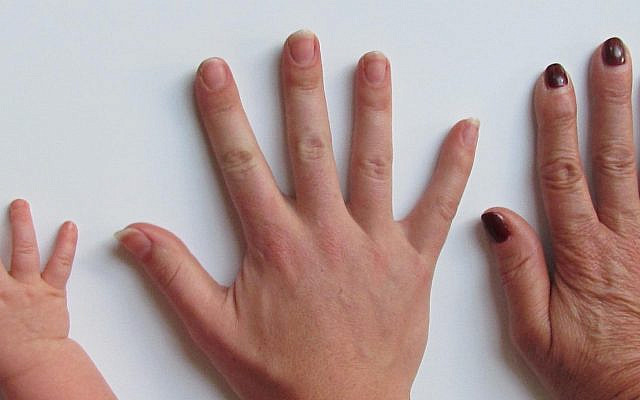 " If we fail to honour our responsibilities as parents, then – though no law will hold us responsible – society’s children will pay the price." (Pixabay.com image)

There is, on the face of it, a fundamental contradiction in the Torah. On the one hand we hear, in the passage known as the Thirteen Attributes of Mercy, the following words:

The Lord, the Lord, compassionate and gracious God, slow to anger, abounding in loving-kindness and truth … but who does not acquit the guilty, holding descendants to account for the sins of the fathers, children and grandchildren to the third and fourth generation. (Ex. 34:7)

The implication is clear. Children suffer for the sins of their parents. On the other hand, we read in this week’s parsha:

The book of Kings records a historic event when this principle proved decisive.

There is an obvious resolution. The first statement refers to Divine justice, “at the hands of Heaven.” The second, in Deuteronomy, refers to human justice as administered in a court of law. How can mere mortals decide the extent to which one person’s crime was induced by the influence of others? Clearly the judicial process must limit itself to the observable facts. The person who committed the crime is guilty. Those who may have shaped his character are not.

Yet the matter is not so simple, because we find Jeremiah and Ezekiel, the two great prophets of exile in the sixth century BCE, restating the principle of individual responsibility in strong and strikingly similar ways. Jeremiah says:

In those days people will no longer say, ‘The parents have eaten sour grapes, and the children’s teeth are set on edge.’ Instead, everyone will die for their own sin; whoever eats sour grapes – their own teeth will be set on edge. (Jer. 31:29-30)

The word of the Lord came to me: “What do you people mean by quoting this proverb about the Land of Israel: ‘The parents eat sour grapes, and the children’s teeth are set on edge’? As surely as I live,” declares the Sovereign Lord, “you will no longer quote this proverb in Israel. For everyone belongs to Me, the parent as well as the child – both alike belong to me. The one who sins is the one who will die. (Ezekiel 18:1-4)

Here the prophets were not speaking about judicial procedures and legal responsibility. They are talking about Divine judgment and justice. They were giving the people hope at one of the lowest points in Jewish history: the Babylonian conquest and the destruction of the First Temple. The people, sitting and weeping by the waters of Babylon, might have given up hope altogether. They were being judged for the failings of their ancestors that had brought the nation to this desperate plight, and their exile seemed to stretch endlessly into the future. Ezekiel, in his vision of the valley of dry bones, hears God reporting that the people were saying, “Our bones are dried up, our hope is lost.” (Ezek. 37:11) He and Jeremiah were counselling against despair. The people’s future was in their own hands. If they returned to God, God would return to them and bring them back to their land. The guilt of previous generations would not be attached to them.

But, if this is so, then the words of Jeremiah and Ezekiel really do conflict with the idea that God punishes sins to the third and fourth generation. Recognising this, the Talmud makes a remarkable statement:

Said R. Yose b. Hanina: Our master, Moses, pronounced four [adverse] sentences on Israel, but four prophets came and revoked them …Moses said the Lord punishes the children and their children for the sin of the parents to the third and fourth generation. Ezekiel came and declared, “The one who sins is the one who will die. (Makkot 2b)

In general the Sages rejected the idea that children could be punished, even at the hands of Heaven, for the sins of their parents. As a result, they systematically re-interpreted every passage that gave the opposite impression, that children were indeed being punished for their parents’ sins. Their general position was this:

Are not children then to be put to death for the sins committed by their parents? Is it not written, “Visiting the iniquities of the fathers upon the children”? – There the reference is to children who follow in their parents’ footsteps [literally “seize their parents’ deeds in their hands,” i.e. commit the same sins themselves].(Brachot 7a, Sanhedrin 27b)

Specifically, they explained biblical episodes in which children were punished along with their parents by saying that in these cases the children “had the power to protest/prevent their parents from sinning, but they failed to do so.” (Sanhedrin 27b; Yalkut Shimoni, I:290) As Maimonides says, whoever has the power of preventing someone from committing a sin but does not do so, he is seized (i.e., punished, held responsible) for that sin.[1]

Did, then, the idea of individual responsibility come late to Judaism, as some scholars argue? This is highly unlikely. During the rebellion of Korach, when God threatened to destroy the people, Moses said, “Shall one man sin and will You be angry with the whole congregation?” (Num. 16:22) When people began dying after King David had sinned by instituting a census, he prayed to God: “I have sinned. I, the shepherd, have done wrong. These are but sheep. What have they done? Let Your hand fall on me and my family.” (II Sam. 24:17) The principle of individual responsibility is fundamental to Judaism, as it was to other cultures in the ancient Near East.[2]

Rather, what is at stake is the deep understanding of the scope of responsibility we bear if we take seriously our roles as parents, neighbours, townspeople, citizens, and children of the covenant. Judicially, only the criminal is responsible for his crime. But, implies the Torah, we are also our brother’s keeper. We share collective responsibility for the moral and spiritual health of society. “All Israel,” said the Sages, “are responsible for one another.” Legal responsibility is one thing, and relatively easy to define. But moral responsibility is something altogether larger, if necessarily more vague. “Let a person not say, ‘I have not sinned, and if someone else commits a sin, that is a matter between him and God.’ This is contrary to the Torah,” writes Maimonides in the Sefer ha-Mitzvot.[3]

This is particularly so when it comes to the relationship between parents and children. Abraham was chosen, says the Torah, solely so that “he will instruct his children and his household after him to keep the way of the Lord by doing what is right and just.” (Gen. 18:19) The duty of parents to teach their children is fundamental to Judaism. It appears in both the first two paragraphs of the Shema, as well as the various passages cited in the “Four Sons” section of the Haggadah. Maimonides counts as one of the gravest of all sins – so serious that God does not give us an opportunity to repent – “one who sees his son falling into bad ways and does not stop him.” The reason, he says, is that “since his son is under his authority, had he stopped him the son would have desisted.” Therefore it is accounted to the father as if he had actively caused his son to sin.[4]

If so, then we begin to hear the challenging truth in the Thirteen Attributes of Mercy. To be sure, we are not legally responsible for the sins of either our parents or our children. But in a deeper, more amorphous sense, what we do and how we live do have an effect on the future to the third and fourth generation.

Rarely has that effect been more devastatingly described than in recent books by two of America’s most insightful social critics: Charles Murray of the American Enterprise Institute, and Robert Putnam of Harvard. Notwithstanding their vastly different approaches to politics, Murray in Coming Apart and Putnam in Our Kids have issued essentially the same prophetic warning of a social catastrophe in the making. For Putnam, “the American dream” is “in crisis”.[5] For Murray, the division of the United States into two classes with ever decreasing mobility between them “will end what has made America America.”[6]

Their argument is roughly this, that at a certain point, in the late 1950s or early 1960s, a whole series of institutions and moral codes began to dissolve. Marriage was devalued. Families began to fracture. More and more children grew up without stable association with their biological parents. New forms of child poverty began to appear, as well as social dysfunctions such as drug and alcohol abuse, teenage pregnancies and crime and unemployment in low-income areas. Over time, an upper class pulled back from the brink, and is now intensively preparing its children for high achievement, while on the other side of the tracks children are growing up with little hope for educational, social, and occupational success. The American Dream of opportunity for all is wearing thin.

What makes this development so tragic is that, for a moment, people forgot the biblical truth that what we do does not affect us alone. It will affect our children to the third and fourth generation. Even the greatest libertarian of modern times, John Stuart Mill, was emphatic on the responsibilities of parenthood. He wrote

The fact itself, of causing the existence of a human being, is one of the most responsible actions in the range of human life. To undertake this responsibility – to bestow a life which may be either a curse or a blessing – unless the being on whom it is to be bestowed will have at least the ordinary chances of a desirable existence, is a crime against that being.[7]

If we fail to honour our responsibilities as parents, then – though no law will hold us responsible –  society’s children will pay the price. They will suffer because of our sins.

[4] Hilchot Teshuvah 4:1. The reference is of course to a son under the age of thirteen.

This coming week we will launch ‘I Believe’, a new collection of weekly parsha essays from Rabbi Sacks zt”l, written in 2020 and with a brilliant new foreword from President Isaac Herzog.

Order I Believe directly from Koren Publishers and, for a limited time only, please use