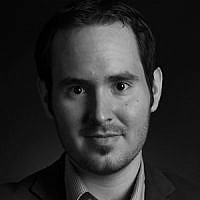 The Blogs
Nathan Cepelinski
Apply for a Blog
Advertisement
Please note that the posts on The Blogs are contributed by third parties. The opinions, facts and any media content in them are presented solely by the authors, and neither The Times of Israel nor its partners assume any responsibility for them. Please contact us in case of abuse. In case of abuse,
Report this post.

I’ve noticed that of all the people I see online who are against the Israeli offensive in Gaza, the common trend is that most never really offer an alternative to dealing with the rocket fire. (In case you didn’t know, the democratically elected government in Gaza has been firing thousands of rockets at Israeli civilians for the past decade, openly calls for the death of Jews, and denies Israel’s right to exist.) Even when asked direct questions like ‘what would you suggest Israel does instead?’, they often have to be asked three or four times before giving a straight answer. When they finally do offer their suggestion it seems to always be one of these:

1) End the blockade of Gaza.

Gaza with no blockade has been tried already. In 2005, every last Israeli was evacuated from Gaza and borders were opened. Ariel Sharon, then Israeli Prime Minister, said the goal was for Israel to live ‘side-by-side, in understanding and peace’, with the Palestinians living in ‘dignity and freedom in an independent state’. The Palestinians destroyed everything left over by Israel and elected Hamas the following year, whose charter calls for the death of Jews and Israel. Instead of trying to build an economy, they spent millions producing weaponry to fire on Israel. Israel and Egypt instituted a naval blockade around Gaza to keep weapons out, which it has (although rockets have still managed to find their way into Gaza from Iran and Syria). Just a few months ago, Israel intercepted a ship from Iran carrying a cargo of advanced missiles. In fact, just this past weekend, Israel destroyed a warehouse in Sudan of Iranian missiles en route to Hamas. These weapons are being sent to a government whose charter makes it clear that it wants to use them against Israeli civilians. I know the analogies get old, but if Canada’s constitution called for the death of Americans, and it was importing its weapons from Greenland, very few sane Americans would oppose a military blockade (at the very least).

2) Try to negotiate a ceasefire.

This has been attempted several times, and not just in the past few weeks. Hamas’s conditions for a ceasefire include completely lifting the blockade and opening borders (which would clearly threaten Israeli security), along with a host of other demands. One of the reasons governments don’t negotiate with terrorists is because it rewards attack on civilians. And as you may know, all three ceasefires attempted recently were kept by Israel and broken by Hamas.

3) Do nothing and let the Iron Dome missile defense system do its job.

This has got to be the most absurd suggestion I’ve seen. Whatever percentage of rockets the Iron Dome intersects, as long as it’s less than 100%, this would mean a life of constant sirens and danger that no country would tolerate. I just checked, and literally as I was typing the last sentence, a rocket was fired into Israel. Millions across Israel have seconds to find shelter when rockets are fired – the danger is real. The rockets are getting increasingly more sophisticated, and the idea that Israel should wait until more Israelis are killed before they are allowed to respond is ludicrous. Any government that didn’t do everything in its power to protect its citizens from acts of terror (to the tune of more than 2,000 rockets in 2014 alone, as of today) would be unequivocally derelict.

But what about all the civilian casualties in Gaza? My heart breaks just as much as yours for innocent deaths anywhere – but you might start by blaming Hamas for firing rockets from schools and hospitals. If Israel didn’t care about killing civilians, Gaza would be a graveyard by now. Israel has warned civilians in Gaza to evacuate before striking, to the detriment of its operation. Israel sends humanitarian aid into Gaza, and sets up medical aid on the border to treat wounded Palestinians (which Hamas doesn’t allow Palestinians to go to). Israel has done much more to prevent the loss of civilian lives than can be said of the US and other Western countries in their military campaigns over the past century. Tens of thousands of Iraqi, Afghan, and Pakistani civilians were killed in the last decade. In fact, hundreds were killed in Syria in just the last few days! As has been already said, if the relatively tiny amount of civilians killed in Gaza in an operation against terrorism touches your heart so deeply but we didn’t hear you crying out about any of the other thousands of innocents killed worldwide, you’re not ‘pro-human rights’ – you’re anti-Semitic.

And yes, anti-Israel = anti-Semitic. Israel is a Jewish state – you couldn’t be anti-Canada without being anti-Canadian. (Don’t misunderstand me – you could disagree with Israeli government policy without being anti-Semitic – no one is claiming otherwise. But if you were to hold Israel to a higher standard than every other country in the world, or undermine its right to protect against existential threats, that would undoubtedly make you anti-Semitic.) Moreover, this is not a geographical dispute – it’s an ideological war. Hamas’s charter is very clear that it wants me dead in New York City just as much as the families it’s firing on in Tel Aviv (which, by the way, is not a ‘settlement’).

So whatever ‘pro-human rights’ squabbling you feel the need to speak, post, or rally about, we Jews will always defend ourselves against forces of evil and terror bent on our destruction. And we’ll win – we always do.

(Oh and by the way, another rocket was just fired as I typed that paragraph.)

About the Author
Nathan Cepelinski is a professional musician living in New York City, and an active member of the Jewish community across North America.
Related Topics
Related Posts
Comments