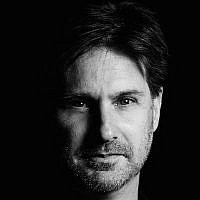 To truly lead, Israeli officials should learn to paint

In times of division in Israel and around the world, when broad expectations for liberalism and personal liberty slam into deep urges for theocracy and control, the answers for how to generate social and political cohesion do not lie with only one or the other of these seemingly opposite worldviews.

Our leaders need to think more like artists—to blend bold, extreme colors into something new, reimagining the palette of society as an opportunity to create a cohesive work that no one has seen before. We don’t need them painting by the numbers, dabbling within the same old lines of difference between liberal and conservative, religious and secular, or us against them.

I’m a musician, not a painter, and I often turn to musical heroes for wisdom and metaphors that explain what might serve the greater good.

“Oh, the streets of Rome are filled with rubble/ancient footprints are everywhere,” Bob Dylan sings in “When I Paint My Masterpiece.” Imagine Rome as a symbol of the Hellenist world that provided the first sketches of democracy and humanism that would inspire thinkers to conceive of broad motifs in the Renaissance and Enlightenment that have colored hundreds of years of democracy

These democratic scenes are under threat by cheap knock-offs of biblical landscapes that paint a very different picture of the world than the one we thought we knew. From white Christian nationalists in the US leaning into black and white myths of religious control to Israel’s Jewish nationalist, supremacist parties girding the most right-wing coalition in the country’s history, conceptions of chosenness which can be traced back to biblical Israel are redrawing the democratic nation state as a privileged theocracy, a divinely-inspired “new Jerusalem” which whitewashes difference, choice, and autonomy for the sake of keeping the beautiful complexity of society inside artificial lines.

This is not a landscape of which I want a part. As the people of a Jewish State, shouldn’t we demand more? And shouldn’t we receive more from those who accept the mantle of leadership? Collectively, we wrestle with what it means to be “chosen” —which ultimately is about whose in and who’s out. It’s a task that requires leadership that sees the world in many hues—not just black and white. We are looking for Degas or Monet — a creator who knows how to use light, who can wave her or his hands and offer nuance and meaning and hope.

In a 1992 interview with the Jewish Book Review, Leonard Cohen, a Dylan contemporary, said:

As I get older I feel less modest about taking these positions because I realize we are the ones who wrote the Bible and at our best we inhabit a biblical landscape, and this is where we should situate ourselves without apology. The biblical landscape is our urgent invitation and we have to be there. Otherwise, it’s really not worth saving or manifesting, or redeeming, or anything.

Yes, chosenness is core to Jewish belief, core to what marks Jerusalem and Israel as unique and whole—and core to the basic tenets of Christianity too. But Cohen’s work over decades blended humanism into religious myth to blur extremes and create non-sectarian interpretations on ancient themes that had the whole world singing “Hallelujah.”

As we wrestle in public and private spheres with dilemmas about how to integrate conflicts raging between liberal, humanist traditions and a desire for flimsy replications of the words of the prophets, we need to think like artists about the world we want to see.

Painting by the numbers isn’t only boring; it results in work that won’t last. A great leader, like a great artist, has to be able to find something new within the colors that we all know. We need leaders that are ready to paint outside the lines with ambition to create a masterpiece, harmonizing and integrating the countless colors of difference on the canvas of society in a seamless vision. The chosen need to choose wisely. So go ahead, you leaders claiming to be masters. Show us a masterpiece. Aiming for anything less is a picture of the future too frightening and ugly to imagine.

About the Author
Dr. Stephen Daniel Arnoff is the CEO of the Fuchsberg Jerusalem Center and author of the book About Man and God and Law: The Spiritual Wisdom of Bob Dylan.
Related Topics
Related Posts