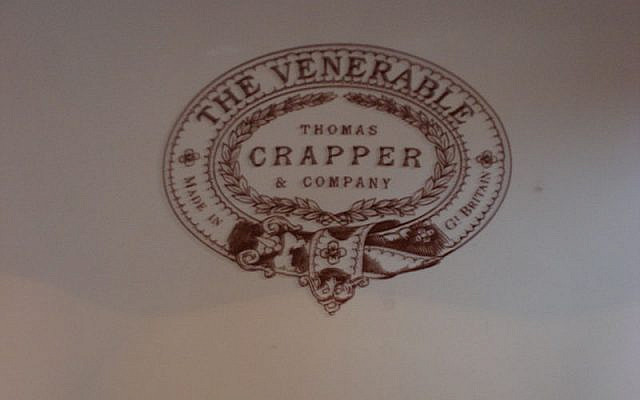 I’ve just sent a little bit of poo to the UK’s National Health Service. It’s part of the country’s bowel cancer screening service and standard procedure when you reach a certain level of maturity. Dealing with the matter at hand is a little delicate, so I shall spare the reader the details, suffice to say that when I was finished, those months of corona-related handwashing came into their own.

Short of the occasional tummy upset and an episode with a hiatus hernia, I’m very grateful that my plumbing is in fairly good nick. I have easy access to a toilet [day and night] and when I’m out and about in London, a handy City Toilet Map is available. Not so for the 4.2 billion people who lack safe sanitation or the 3 billion people who live without basic handwashing facilities at home. Scheduled for the 19th November each year, World Toilet Day is billed as a celebration of toilets and reminds us not to take the mundane for granted. How is it that 300,000 children under 5 years of age – that’s more than 800 every day – die annually from diarrhea diseases due to poor hygiene, poor sanitation or unsafe drinking water?

Where I grew up, a person went to the ‘dunny’ but where I live now, the nomenclature is very confusing. I’m sure I’ve made many gaffes, asking directions for the loo, the bathroom, the powder room, the restroom or the lavatory. While the need for euphemism masks an embarrassment of one’s essential bodily functions, Judaism celebrates our digestive system and its ability to expel unnecessary waste.  Just as I acknowledge my gratitude for waking up in the morning with the short Modeh Ani prayer, so too, I appreciate a healthy colon and recite the Asher Yatzar prayer after going to the, hmm, hmm, toilet.  This short meditation reflects on our bodies with its ‘many openings and many hollow spaces’  suggesting that ‘even if one of them would be opened, or if even one of them would be sealed, it would be impossible to survive and to stand before You even for one hour.’  I wouldn’t survive for 5 minutes.

World Toilet Day, under the aegis of the Singapore based World Toilet Organisation, points to bigger issues including climate change which is threatening sanitation systems as floodwater can damage toilets and spread human waste into water supplies, food crops and people’s homes, causing public health emergencies and degrading the environment. According to the informative World Toilet Day website, sustainable sanitation begins with a toilet that effectively captures human waste in a safe, accessible and dignified setting. This gets stored in a tank, which can be emptied later by a collection service, or transported away by pipework.

The Torah showed early signs of a sanitation network with specific instructions as the Jews travelled to the Land of Israel: Further, there shall be an area for you outside the camp, where you may relieve yourself. With your gear you shall have a spike, and when you have squatted you shall dig a hole with it and cover up your excrement. [Deuteronomy 23:13-14]

Archaeologists have discovered many a toilet seat in ancient Israel and recent articles by Amanda Borschel-Dan and Naama Barak give a very good overview of their findings, highlighting the role of class and religion in the location of toilets in cities including Jerusalem, Beit Shean and Caesarea. Throughout Europe, one finds the ruins of mikav’ot, ritual baths – another indicator that Jews invested in sanitation if not for cleanliness, then certainly for godliness.

But what about inside the toilet? Again, Jewish law and lore are quite specific, indicating a healthy reverence for the body.  It has been taught: Rabbi Akiba said: Once I went in after Rabbi Joshua to a privy, and I learnt from him three things. I learnt that one does not sit east and west but north and south; I learnt that one evacuates not standing but sitting; and I learnt that it is proper to wipe with the left hand and not with the right. Said Ben Azzai to him: Did you dare to take such liberties with your master? He replied: It was a matter of Torah, and I required to learn.  [Brachot 62a]

And what of toilet paper? In a fascinating blog by Dr Jeremy Brown, he explains that people used stones [ouch!] instead of toilet paper in Talmudic times, and he shows how they prepared and used them on Shabbat. Fast forward a few hundred years, and there’s the new Shabbos Bathroom Tissue dispenser, as according to the laws of Shabbat one cannot cut or tear something to a specific size, and toilet paper with its perforated lines, would come under this category.

Israeli innovation is helping in the quest for toilet solutions – from the P-pass which allows tourists to find out about toilet access around the globe to the compact Bio-Toilet that provides help in rural communities, offering a more dignified toilet waste solution whereby the waste is sent directly to the Home Biogas appliance, treated and turned into cooking fuel. Toilets are indeed worthy of celebration.

Disturbingly, the lack of adequate sanitation has different implications for women than men: for example, unhygienic toilets can lead to a higher chance of reproductive tract infections, and girls are less likely to go to school when they are menstruating due to the stigma or inadequate sanitation facilities. In some cultures, modesty demands that women wait until dark to go to the toilet. To avoid the need for such frequent toilet use, women drink less which can cause problems, and in particular, toilet-avoidance dehydration threatens pregnant women. Going to the toilet in the dark also makes women more vulnerable to violence. In India, women avoid joining the police force, despite the job opportunities it offers, due to the lack of toilets for them.

On World Toilet Day you can join a fundraising or education campaign to learn more about the challenges of sanitation, and even though tourism is restricted, you can take an online visit at one of the many museums dedicated to the toilet, including the Sulabh International Museum of Toilets in India, the award winning Museum Toilet in Ukraine and the Museum of Historical Toilets and Chamber Pots  in Prague.

And the next time you need to ‘go,’ just spare a thought for the millions who can’t.