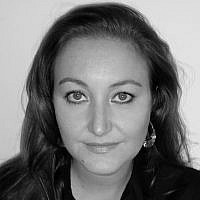 The Blogs
Ticia Verveer
טיציה וארואר
Apply for a Blog
Please note that the posts on The Blogs are contributed by third parties. The opinions, facts and any media content in them are presented solely by the authors, and neither The Times of Israel nor its partners assume any responsibility for them. Please contact us in case of abuse. In case of abuse,
Report this post. 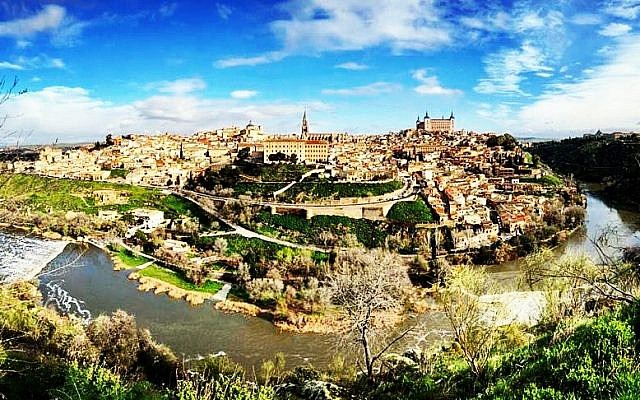 View of the walled city of Toledo (Ticia Verveer)

Exploring la madinat al-Yahud, the Jewish quarter of Toledo, I found myself connecting with my surroundings and my ancestors from my mother’s side of the family who lived and fled from here. Toledo was mentioned by the Roman historian Livy as a small city, but fortified by location (“urbs parva, sed loco munita”), and when the Roman general Marcus Fulvius Nobilior conquered it in 193 BCE, it became an important Roman colony. 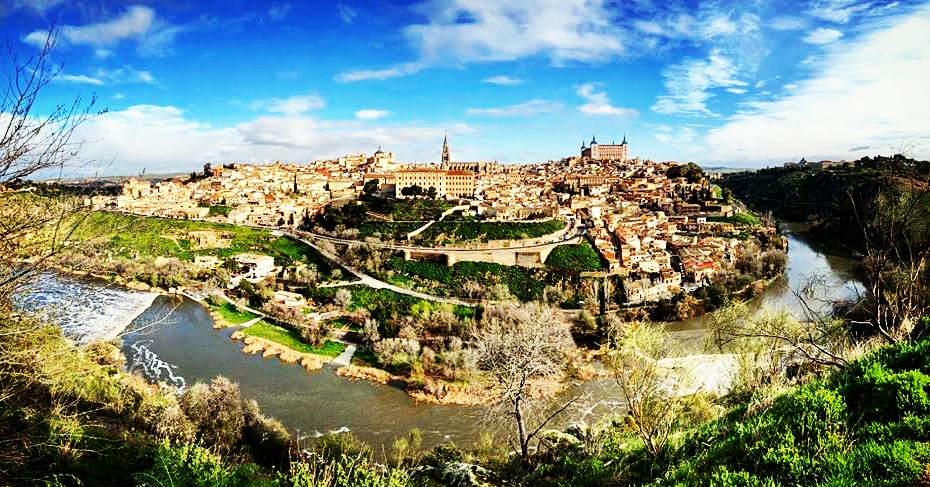 View of the walled city of Toledo (Ticia Verveer)

More than 2,200 years of history created a miniature version of the global culture so often spoken of today. This city was a complex mix of religions, one of the greatest spiritual havens of its time, and above all a fusion of Christian, Jewish and Arab culture.

The city was the residence of the Visigothic court in the sixth century, and sadly, in the seventh century, when the Germanic Visigoths ruled Spain, some of the Visigothic kings and the Catholic hierarchy carried out a brutal persecution of Jews. The situation of the Jews was improved after the area was conquered by an Arab-Berber army between 711 and 715. Christians and Jews lived under restrictions, but for much of the time the three groups managed to get along together, though coexistence was often precarious.

The city grew on a rocky hill, and as time passed by, successive occupations followed one another, layer upon layer, as if to reach the heavens. The rock became traversed by winding streets and was protected by the Tagus river, which formed a natural moat around the city. Toledo became a tower occupied by diverse groups of people who came from different cultures, and spoke different languages, but worked together and built a community. Here, the walls were constructed for protection not separation, and the two bridges joined people together. 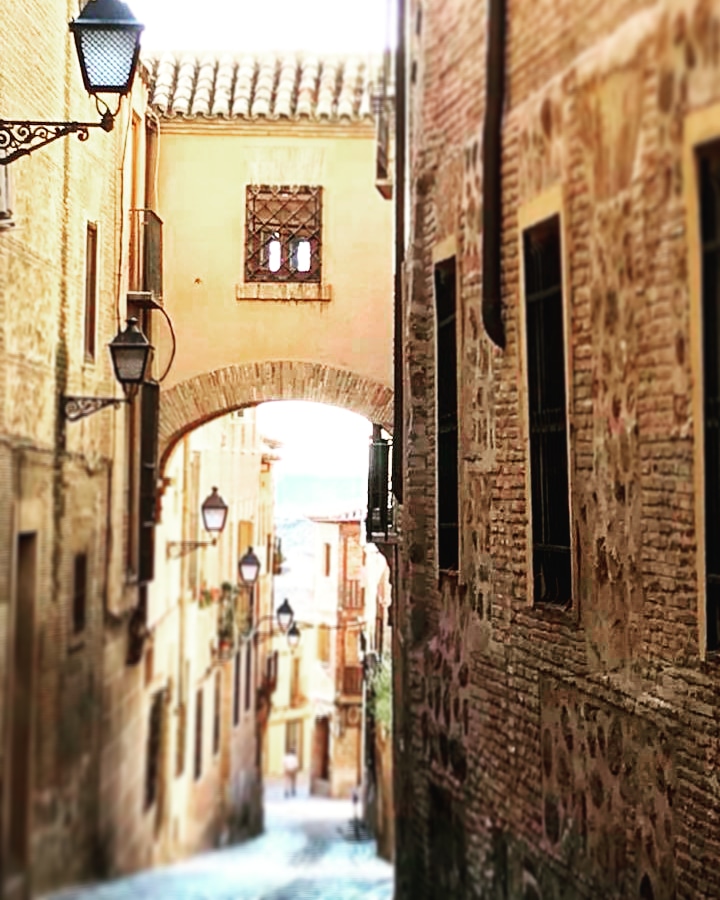 The Jewish quarter existed near the bridge of San Martín in the southwest sector of the city high above the steep slopes rising from the gorge of the Tagus River. The Jews had built a town within the city limits of Toledo. The main city wall to the north formed the boundary of this town, it was part of the general fortifications of Toledo, protecting the city from enemies from without and the Jews themselves from enemies within. 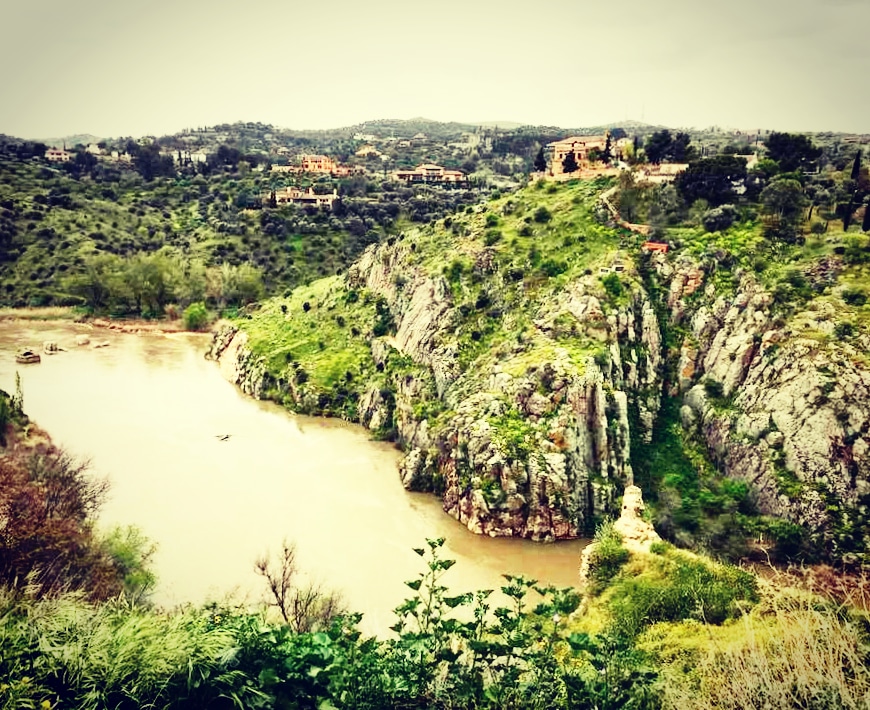 This is the land where Cervantes set the journeys of Don Quijote, and where many other stories originated. Legend says that the Jews founded Toledo and some even say that the name of the town originally had been derived from the Hebrew word, “Toledot.” When I read Toledot, the stories of Genesis offer a window into Israel’s past, they contain family portraits, and describe the tapestry woven by our ancestors. It is such an appropriate name for a city where so many generations left their footprints and their stories. Alas, it is nothing more than a beautiful thought, the name Toledo is derived from the Latin Toletum, a name given by the Romans.

And so, I walked, for hours and hours, until I found myself a bench under a tree to sit down. I am reminded of the frailty of what we built. Synagogues of great beauty were created here from brick, stone, plaster, and wood to survive as memorials of the Jewish community. But they became living reminders of a lost world. 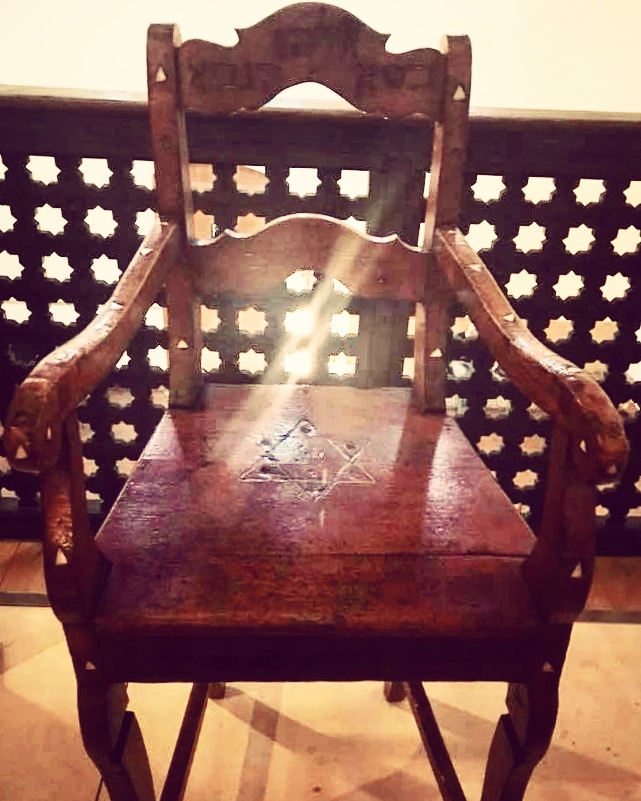 Eleven synagogues and five centers of study existed in Toledo, all of which were destroyed in pogroms. Only two have survived, the Synagogue of Santa María La Blanca and that of El Tránsito. I was totally mentally unprepared to read the profoundly pious Catholic names on the buildings. The original names of the two remaining synagogues are not known and their present names are a testimony of the tragic Jewish story in Toledo. 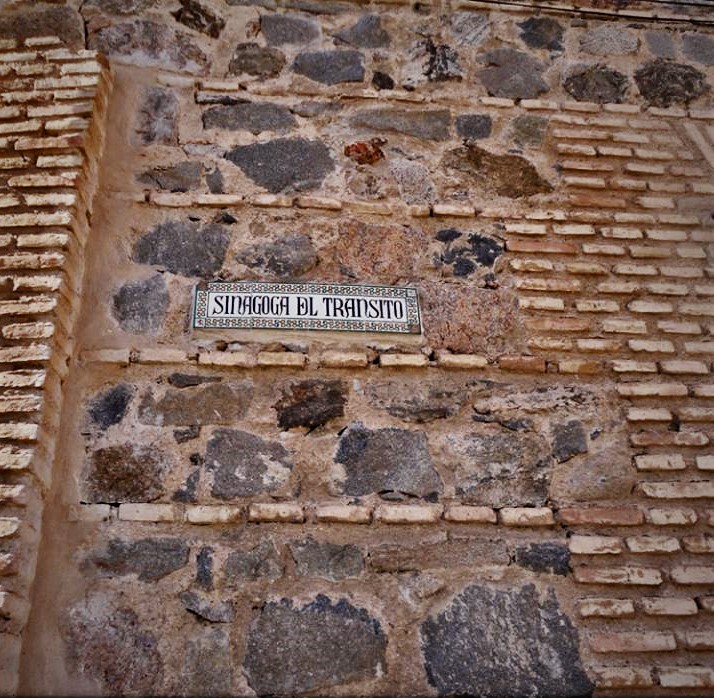 Spain is a land of oral traditions, and these tales are a mixture of mythology, folktales, biblical stories, and legends passed down across many generations. One of the most striking is “The Secret of the Tower.”

Legend has it that the city of Toledo was founded by Hercules who built a tower on a bend in the river in which to store his treasure. It tells the tale of 12 good men that were left by King Solomon himself to take care of the tower in which he deposited a secret. He sealed the tower with a mighty padlock and laid upon his successors the obligation to each by turns to add an extra padlock to preserve whatever was concealed within. Twenty-six kings came and went, respecting his wishes. Then there succeeded a rash and headstrong young king named Roderic. Resolved to penetrate the tower’s secret, and against the advice of all his counselors, he had the 27 padlocks opened. Then he entered the chamber within. On its walls were painted Arab horsemen, with scimitars (curved swords) at their belts, and spears brandished in their right hands. In the middle of the room stood a table made of gold and silver set with precious stones, and the following words carved upon it:

“This is the table of King Solomon, son of David, upon whom be peace.”

There was also an urn on the table, which was found to contain a scroll of parchment. When this was unrolled, the following words were revealed:

“Whenever this chamber is violated, and the spell contained in this urn is broken, the people painted on these walls will invade Spain, overthrow its kings, and subdue the entire land.”

Legend or not, Tariq ibn Ziyad, the Berber general who led the Muslim conquest of Spain, defeated the forces of the Visigothic usurper king Roderick in July 711 CE. He then immediately marched upon Toledo and occupied it against little resistance. According to contemporary chronicles written in Arabic, he took possession of a valuable table, the Table of Solomon, from which the gospels were read.

About the Author
I have had the privilege to work as a professional archaeologist on a vast number of archaeological sites in the Middle East, Sahel and North Africa for over twenty-two years. I write about Jewish history, culture and heritage, from ancient texts to modern politics.
Related Topics
Related Posts
Comments